But it tastes bad… 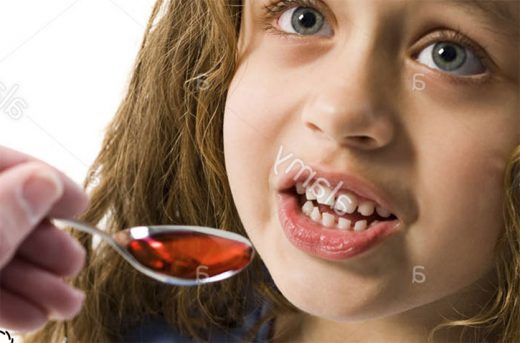 A child disliking the taste of a vile-flavored medicine has less to do with being stubborn than showing common sense.
I

was recently prescribed a medicine that came in liquid form. Search as I might, I couldn’t find a pill version. In the end, I stopped taking it. Far from being an antibiotic or other life-saving drug, it was just a supplement to help prevent the painful leg cramps that woke me on a regular basis. Better, I thought, to have to jump in the shower and run hot water on my leg at 3 a.m. than to swallow a disgusting liquid full of artificial sweeteners (with their lingering aftertaste).

As a kid, I was prone to sore throats. I learned early to swallow pills (bury them in a spoonful of ice cream and swallow them down). Anything to avoid being forced to taste horrendous Gantricin liquid, given to me whenever I got strep throat.

Given this, it came as a surprise to hear about a scientific study on how the flavor of medicines influenced a child’s willingness to take the medication. One doctor, commenting on the study, said he’d always suspected as much but understood it better once he had a family. Short of brute force verging on violence, nothing could induce a kid to swallow something disgusting. Big surprise.

Makes you wonder whether pharmaceutical chemists ever had kids of their own or were ever kids themselves. Or possess taste buds. Or pause to consider it’s a good thing kids are fussy about what they eat, since they might otherwise blithely pick up and swallow dubious things instead of spitting out what tastes disgusting.

Apparently, it took a double-blind study with control groups and a good deal of funding to discover the obvious — if it tastes bad, kids balk — and to convince drug companies to try to make medicine for children taking that rejection into consideration.

The importance of taste isn’t confined to medicine for kids.

I once overheard a conversation between a man and a nutritionist. He had sought her help in controlling his diabetes. Since his teenage daughter wanted to lose weight, he’d taken her to the same nutritionist. In any case, she asked the man how his teenaged daughter was managing with her diet.

It really takes only a bit of empathy to imagine that someone might have a hard time choking down foul-tasting medicine or maintaining a diet that ignores taste.

“Okay, I guess,” he replied, “but she feels really bad and deprived.”

“Really?” said the nutritionist with considerable surprise. “But why? The diet is very generous. You can eat a lot. She shouldn’t be hungry if she eats what I prescribed.”

“No,” he answered, “it’s not that she’s hungry. It’s that she can’t eat a lot of her favorite foods.”

The nutritionist didn’t seem to understand. “Yes, but there’s a lot of stuff she can eat!”

“Well,” the man tried again, “not much that she really enjoys.”

I was shocked at how a nutritionist could be so resistant to taking the tastes of the girl into account. Though the diet might be balanced that didn’t change the fact the girl missed her favorite foods. The nutritionist seemed flummoxed that the girl might even have such preferences. To me, the young teenager’s distress at being asked to eat poached fish or steamed zucchini showed a good and healthy sense of taste.

It really takes only a bit of empathy to imagine that someone might have a hard time choking down foul-tasting medicine or maintaining a diet that ignores taste. Unfortunately, this bit of empathy seems to be widely and sorely lacking.

Do people listen to kids? Do they factor in feelings? Do they remember their own youth or listen to the experience of others? Do they have any imagination, not to mention common sense?

Double-blind studies are essential to help determine the effectiveness of a drug. But is it really necessary to spend time and money to do a double-blind study to figure out that kids won’t swallow what tastes bad? Nutritionists are working with human beings whose subjective experiences of food are deeply rooted and highly emotional. Smell and taste are strongly connected to our emotional memory. If we eat a poison mushroom and feel sick later, we need to be repulsed by mushrooms and the memory of the sickness for a long time after or risk dying. If we smell our grandmother’s pumpkin pie, we are suddenly in a time warp back at her house at Thanksgiving. Partaking in food is a major part of the social life of humans. Tastes are central to life’s pleasures. Disgust is a vital defense mechanism that protects us from being poisoned.

Yes, taste and smell, disgust and pleasure are all very “subjective.” So are humans. I’m waiting for the chemists, nutritionists, and other scientists to realize this.