Bureaucrats and Other Wild Dogs 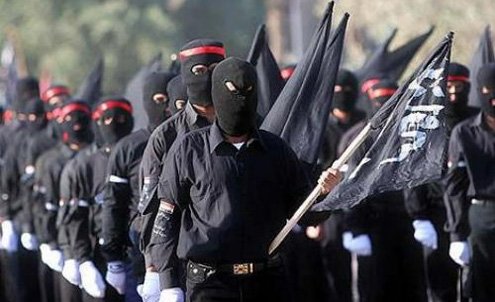 y arrival in Basra presaged things to come: an 18-seater spiraling downward at a 60-degree angle toward the airport. I nearly fainted. I came here to work in an Italian NGO as a refugee protection officer. We keep a low profile: women wear scarves, we don’t go out alone. When traveling city-to-city we take two cars. Security is tight.

Basra is striking in many ways. Consider the flat mud huts the same color as the desert, the ugly cement buildings that house the very poor, the cars beside donkey carts, sheep, and goats. Drivers go down one-way streets without thinking twice.

My closest contact with Iraqis is with our pleasant and diverse local staff. Most are young women who speak English; many are members of the Chaldean Catholic Church. Uniformly, the women say life was better under Saddam. Now, they need to keep a lower profile and are unable to walk, celebrate, even dress freely — fearing reprisal from local Shiite religious parties. The Iraqi women are tough. Our cleaning lady had been married at 17, only to divorce a year later; she raised the couple’s now-married daughter.

Children in the streets are few. We saw a group with a tattered football and gave them a new one. They were delighted. “Hallo, Hallo!” they cry, but mostly they look at us and turn away.

Our main source of entertainment is a neighboring NGO, which has Internet and a ping-pong table. Visitors pass through and bring us news from Baghdad and abroad. We have chicken and kebab lunches on Fridays. Anyone who brings pasta, coffee, Parmesan cheese, and tomato paste is embraced. Cigarettes are the norm (I can’t stop). Iraqis smoke more than Turks.

Shiite parties are proliferating in the four southern governorates. Behind our house is the seat of one of these myriad parties. I usually cover myself well as my male colleague says “Assalamu Aleykum,” (Peace be upon you) to the party guards, who gravely respond “Wa Aleykum al Salam“. (May peace be upon you too). I pull my scarf tighter around my head and walk on. It’s hard to understand who pulls the strings in the south. We get the impression that the parties discourage women from wearing trousers, force them to wear scarves, and shut down liquor stories. This is new. But who’s really responsible? There’s plenty of lawlessness in the name of religion such as the tawdry thugs who fired a rocket into a liquor store. It’s hard to know to what extent these men, who also threaten Iraqi women who work for the British and Americans, are marionettes for the religious.

We had an interesting encounter recently at the nearby Shalamsha border with Iran. We were traveling with a French cameraman who wanted to film our meeting with the Iraqi border police. We were informed over a cup of tea that there were three kinds of police in this area: border, immigration and customs. We sought approval for a border monitoring point to track returning refugees. Sent from office to office, we ended with a customs major. The major was unimpressed with our documents from Basra headquarters. He insisted we needed to return with further approvals. Iraqi bureaucracy is alive and kicking.

Our French cameraman hardly had better luck. He wanted to film our encounter but met the suspicion and fear speaking to journalists. Nobody would speak without approval from the major, who finally nodded. They relaxed a little and offered us cold Coke and Pepsi cans. But when the cameraman asked the major his name and rank, it all went sour again. He ordered the filming to stop and the camera out. He did not explain himself.

Outside the office, the young policemen already had seen themselves on television. When would the program air, they asked? The equipment fascinated them. But then another worry hit. The camera has a resemblance to a rifle. We told the Frenchman to hide it for our return to Basra. Shiites here don’t like to have their pictures taken or be filmed. Low profile is the rule.

The road into Basra is crossed in one direction at a time, with police waving you through. We are stopped to show our identity cards. I see the lovely ex-UN building, with vendors and donkey carts by the waterside. One can tell that this city, once the country’s main port, had good times before the Iran-Iraq war. The war was an ecological nightmare. The famous Basra date trees were destroyed. Now, citizens are trying to grow them again — but it will take years.

It’s an odd thing about Iraqis that, like Sicilians, when something terrible happens, like a major killing or an explosion, they tend to react by saying they don’t know, or they weren’t there, or they didn’t hear anything. It must be a remnant of Saddam’s time, when fear of the dreaded Mukhabarat, or secret services, prevailed. The years of terror led to a reflexive reaction. I notice this with the Iraqis who work with us. They have a tremendous ability to keep an expressionless face, say very little, and speak only when it is appropriate.

These are the true survivors of the Saddam regime.

This much is certain: Iraq today is probably among the most unpredictable countries on the planet, and, considering the recent wave of clashes, is destined to remain so.

— Lina Mahmoud, a Rome resident, works for a nongovernmental organization

that is active in Iraq. She was evacuated to Kuwait during recent unrest.

About the Author: Lina Mahmoud