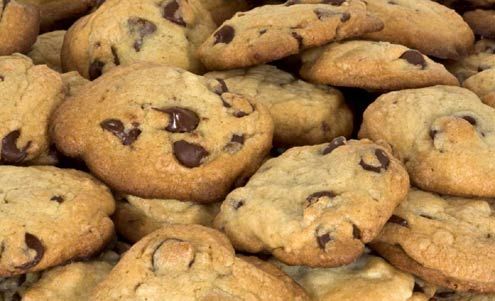 The last ingredient I was in search of: brown sugar...
L

et’s get something straight: I am neurotic. Not certifiably crazy, just a bit whacky with self-esteem that ebbs and flows. Think Albert Brooks with bangs, lip gloss and breast milk. With that said, my neurosis sometimes drives me to be a better me. And this definitely rings true in matters of motherhood.

I have always been hyper aware of my weaknesses and as a new mother, I am now hip to the mistakes my mother made too. I will not bore you with this laundry list, but I will say that I am desperately trying to be the “perfect mother” even though I know perfection does not exist and I will eventually screw everything up and he and I will spend countless hours being psychoanalyzed on a couch (truth be told I am not a fan of Freud I’m more of a Jungian). It is for this reason that I jokingly refer to myself as a “bad mother.” In doing so I lower my expectations and thus always come out a winner. It’s a sort of Svengali mind trick I play on myself. And it works.

Being a mom for six months, I also have to give my mother kudos for the long list of what she did do right. In taking inventory, I was able to learn what I would like to include in my parenting. At the top of the list was: Chocolate chip cookies.

There was nothing better than coming home from a long day of readin’, writin’ and ‘rithmetic to find cookies on the counter. This was something a “good mother” did.

So I set out to find the proper ingredients for said cookies (in Rome) so that I could raise my mommy score. (Never mind that my son cannot eat the cookies — let’s just say that I was practicing so that in the years to come when my son does come home from school, I will have perfected the recipe.)

My quest began with a phone call to Nestle and ended three weeks later at a grocery in Trastevere. The last ingredient I was in search of: brown sugar.

Not zucchero di canna (cane sugar) but white processed sugar mixed with three percent molasses. Not easily located on my side of the city. Yes, there is a famous importer in Prati who sells the stuff… but as a “good mother,” I also wanted to be independent in my search and find it on foot. Subtext: I am banned from driving until I pass the Italian driving test and am too proud to ask for a ride.

Finally locating this confection was like my version of uncovering the holy grail.

Grabbing the baby and all his accoutrements, I shoved him in the stroller and we took off in search of sugar. We arrived in Trastevere and cleaned the store out of the stuff. We wheeled our way home with seven kilos of sugar — which is more than my baby weighs.

I was happy as a lark to have conquered this beast. P.S. I really like chocolate chip cookies.

It was as if the sun was shining, the birds were singing and all the stars were aligned in my world! Meanwhile, back in the real world, the sun was not shining. The sky was black. Then it opened up and poured sheets of rain. The perfect mother was without an umbrella and or a rain shield for her offspring-but she was standing in front of a black and white striped awning- and, thus, had momentary refuge.

We were there only moments when a kindly commessa came out and asked us if we’d like to come in. Having no idea what the weather forecast was, somehow I was sure it would pass, so I just said, “No, ma grazie.”

The sales clerk ducked back inside.

Me and the baby waited.

The sky kept dumping a deluge.

I doubted my decision and glanced inside the window of the shop.

I said I was neurotic. I speak the truth.

As my inner turmoil grew, the commessa tried again.

“Ma, signora, lui é piccolo.” She was right. He was little and the sugar was getting heavier, so I conceded.

Inside the shop, my son’s eyes seemed wild with excitement and big as saucers. But in reality, he was not amazed or even impressed, he just has really big eyes. Then he started making the grunting noises that come before he makes the crying noise that comes before I whip out my breast and provide him with lunch.

CUT TO: Me, my infant and a black pleather couch. I’m nursing discreetly as two men peruse the isles for lascivious contraband.

One is looking for a whip.

The other is searching for a rubber suit in red and asks the salesgirl, “Ma c’e rosso?”

Without pausing, I want to quip, ”If you need an XL, you may want to go for the black. It’s slimming.” But I bite my tongue and keep my cleavage covered.

It’s moments like these where I wish I had a fluency with the language because the the zingers I am coming up with in my own language are real humdingers!

After 20 minutes I started to feel like the bondage trinkets were getting to me so I called Marco.

He laughed. “No seriously, where are you?”

“What are you doing there?”

I replied in Italian and loudly enough for the comessa to hear me, “The baby wanted to buy his girlfriend something special.” She laughed.

Everyone appreciated the joke — even the guy with the whip.

Thirty minutes later, I was at home writing the story down in my son’s baby book and I knew that I would never be the perfect mom, or a bad mom… but I would be a rather unorthodox one.