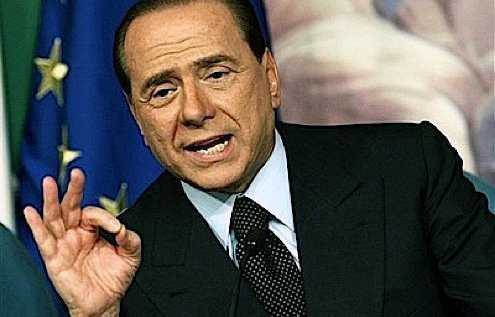 Forza Italia will disintegrate within minutes of Berlusconi's ouster.
T

he Italian center-left is in a mess. So what’s new? Its default position is to be in opposition, divided, fragmented, and unable to produce credible leaders. Its legitimacy is always contested, regardless of prudence, tact, moderation and relative honesty.

Yet everything suggests that it should pluck up its courage and look towards the future. The arch-opponent it must defeat, the unspeakable Silvio Berlusconi, runs the least stable party in the West, one that depends, politically as well as financially, entirely on its leader. When he goes, the party goes.

Nothing like this exists anywhere else. The Gaullists will survive Chirac, the SPD will survive the exiting Schroeder, and the Labor Party will survive Tony Blair. In the U.S. Democrats and Republicans will outlive Bush, or any of the candidates currently fighting it out. California will survive Schwarzenegger. Forza Italia, however, will disintegrate within minutes of illness or death carting off the Cavaliere. Conscious of this, inside his governing coalition, the vultures (and Fini above all) jostle for position.

But inside the center-left, failed prima donnas babble about coalition building, alliances, electoral pacts, etc. Among the electorate none of this matters in the least. What voters want to know is what will be done about pensions, education, taxes, law and order, and health. The list is hardly original, but these issues are uppermost in the mind of electors throughout the West.

When the center-left turns to lofty concepts, they talk about globalization. Is it good? Is it bad? Can we do anything about it? Abroad too, politicians occasionally brandish the notion to justify their inability to do something, but never as much as in Italy. Here globalization is a term deployed to give an air of hard-faced realism to one’s pronouncements. The concept vaguely alludes to external constraints. As such, it is truer in some areas, such as financial and money markets; but not in others, such as welfare spending. Besides, it does not affect everyone in the same way. Globalization does not touch Holland as it does the U.S., or Estonia as it does Italy.

Of course, in politics you can’t get everything you want. The constraints are numerous. But most of them have more to do with decisions taken by governments (such as signing international agreements), or long-term processes (such as demographic changes). Italy is constrained by external factors but this is largely because, for instance, it has elected (for perfectly good reasons) to be part of a network of international relationships of which the most important are the European Union with its single market and its common currency. Nevertheless, the most formidable constraints are to do with internal politics. If you cannot tax and spend, it is not because of the IMF, the EU, the WTO or the World Bank, but because your voters do not like taxes. It is true that “globalization” makes it risky to increase taxes on capital (firms might go elsewhere if you do), but this is only one variable: the U.S. attracts more investment than India in spite of its higher taxes and higher wages. Besides, no external constraints prevent a country from increasing personal taxation. You may not be able to run a large deficit, but you are allowed to fund public spending out of public revenue.

Ah, but, (I can hear my friends say, shaking their heads disconsolately) you can’t win elections on a tax-and-spend program. This argument has some force in a country like Great Britain (or the U.S.) where to win it is essential to get the support of the centrist middle classes. But, in Italy, voting patterns do not reflect class in the same way. Berlusconi’s (and Fini’s and Bossi’s) electorate is not that much more middle class than that of the center-left. Some observers even go as far as suggesting that it is less so. This electorate will be up for grabs when the Cavaliere goes, or perhaps before. The left is not in such a poor state that it cannot hope to attract those who need a strong and thriving public sector and might be prepared to pay for it. It will not be easy, but such policy would make the center-left fight on its own agenda rather than that of its opponents, and galvanize its own demoralized troops. Besides, for all the nonsense written about the “huge” Italian state sector, the truth is that in Italy public-sector employment rates are lower than in the United States and half as high as those in Sweden; taxes and social security as a percentage of GDP are lower than in Austria, France, Sweden, Finland, Denmark and Belgium.

So there is some room for maneuver. It is not compulsory for the center-left simply to wallow in its morass hoping that, come the election, a small shift at the polls will catapult them into government. After all, once in power, the time for procrastination is over and you have to decide what to do.

— Donald Sassoon is the author of “One Hundred Years of Socialism (Fontana) and “Mona Lisa” (Harper Collins).

About the Author: Donald Sassoon