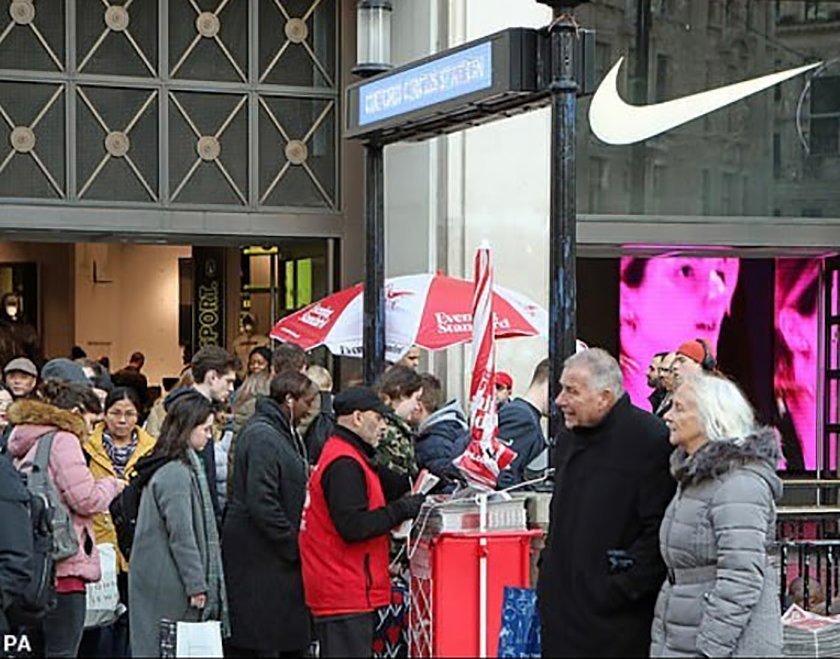 Life in London's pre-Christmas lane.
A

Fair enough, but is Johnson right? SARS-CoV-2, like all viruses, is mutating constantly, with various new models replacing the old on a regular basis. A change in a dominant viral strain doesn’t necessarily mean much. Other mutated strains, known as 20A.EU1 and D614G, prevalent in Europe and the Americas respectively, were for a time similarly thought to be quicker to multiply and more contagious than the original virus. So this kind of excitement and alarmism is nothing new, certainly not to skeptics careful not to jump to conclusions.

Here’s a conspiracy theory for you, take it or leave it: Many Brits think that Johnson knew he had to impose an unpopular lockdown over Christmas, and fearing  political backlash, he decided to blame the decision on the variant virus, which got blanket coverage for days.

If this is in any way true, he didn’t bargain for the consequences, which almost overnight turned Britain into a virtual pariah state, its citizens trapped inside its borders. Media had a field day when truckers headed for EU nations were barred from leaving because promised COVID tests, which the EU demanded, didn’t arrive in time, stranding thousands of drivers and making the country seem like it was coming unglued.

Almost overnight Britain turned into a virtual pariah state, its citizens trapped inside its borders.

At first, Johnson offered no evidence for his mutation claims. That changed two days before Christmas when a pre-print article (non-peer-reviewed) offered scientific backing for the contention that VOC is 56 percent more transmissible than other SARS-CoV-2 strains. As I read it, the article made these basic claims:

Beyond that, I can say little because the authors’ modeling approach was simply too complicated to interpret in any clear cut way. Based on that hard-to-penetrate model, the authors excluded four possibilities that might account for the VOC intrusion.

The best fit to their data was a model that assumed a greater possibility of transmission.

In fairness, I’m not equipped to evaluate this conclusion because, I repeat, the model eludes me, and apparently many others who have struggled to put these British pieces together. I do know the English have been incredibly sloppy about masking and social distancing, some all but priding themselves on not taking the threat too seriously. To my mind, this surely goes a long way toward explaining the rapid recent spread of the existing infection without the need to find new culprits via mutation, and so on.

I know about British sloppiness not just because it’s what I hear from trustworthy friends or images of packed pre-Christmas streets.

Enough said on that subject.

It’s hard to find too many upbeat notes aside from vaccine updates, but here’s one.

Death rates among hospitalized patients are falling. Thirty-day COVID-19 mortality rates for patients in intensive care units are now 60-to-70 percent lower than they were in March-April of 2020.

Part of the reason is a drop in the presence of elderly and chronically ill patients, replaced by younger, more resilient ones.

But in times of famine, some bread crumbs will have to do.