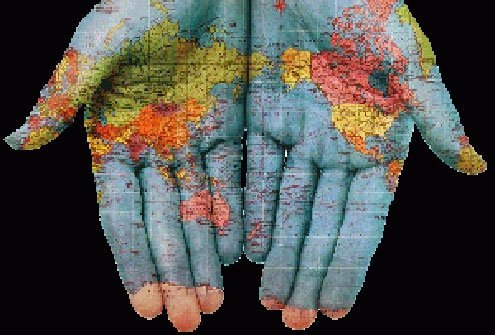 Why should a second language be considered distracting?
W

hen my mother in law decides it’s time to let us know her opinion, I try to restrain myself. Her latest op-ed began with the time-honored incipit, “Feel free to ignore me, but…” She then swiftly descended into a tirade about how we’re damaging our daughter by speaking to her in two languages.

I replied, “So you think it’s better if we wait 10 years, then pay for expensive private lessons with an English tutor? What planet are you living on?” I might have expected some opprobrium of the traditionalist variety (“What do you mean you’re raising her without any religion?”), but I hadn’t anticipated this kind of nitpicking. Since when is a learning second language considered hazardous to cognitive development?

I didn’t grow up bilingual. My parents spoke three languages between them, but I was raised speaking — and understanding — only American English. There was a half-hearted attempt to offer some Italian, but it mostly boiled down to the kind of language one uses in conjunction with a stubbed toe. I got pretty good at the bad words, at the expense of all the rest.

In my twenties I began to bemoan my status as a monolingual American. I’d taken four years of Spanish in high school, but had just gotten by with a C average. I wondered what had happened to that other language I’d almost learned, and which was closer to home — Italian. I might still learn it, I thought.

So I found an Italian language school a few blocks from my Manhattan apartment, dropped the cash and began studying. Immediately I decided to memorize the first canto of the Divina Commedia — in Italian. Without really knowing what I was saying, I recited the first 20 or so lines before my class one evening. “Nel mezzo del cammin di nostra vita…” The teacher — a bold Florentine beauty — listened, stunned. (Now that I understand the words, however, I can no longer recall the verses.)

After a year or so I stopped going to classes. I desperately needed to save money. My then-girlfriend and I were breaking up after a quarrelsome four-year relationship, and I was set on living alone (for the first and last time in my life). Not long after, I left for Italy; my Italian has improved dramatically ever since.

I’ve now taken four years of Hebrew, and studied Yiddish independently. I speak neither language well, but I do have a general grasp of both, which is more than I’d have thought possible a decade ago.

When my wife and I decided we were ready to have a child, we had varying opinions on all aspects of child-rearing — all, that is, except the desire to raise our daughter as bilingual. And that’s a point on which we won’t cede ground to anyone: not family, friends or the public opinion that governs so much parental decision-making in Italy.

It’s taken some discipline, but I’ve gotten in the habit of speaking to our daughter Melissa primarily in English. When we’re alone, that’s all she hears from me. And, after three weeks in the United States, she’s begun approximating the English names for preferred objects: duck is “duh”; water is “wawa”; cantaloupe is “catabu.” She’s now added “nonno” and “nonna” to her repertoire, in perfectly pronounced Italian. That’s bilingualism in action.

I remain perplexed by my mother-in-law’s cavalier attitude. When I asked her to explain her resistance, she went on about confusing messages. “It’s like one of you is saying ‘yes’ and the other ‘no.'” When I asked her about the sources of this insight they turned out to be predictably nonexistent.

Maybe she should meet some of the people we know who were raised bilingually, and who are raising bilingual kids. When I sent out my feelers on Facebook, I got a bunch of very enthusiastic responses — not one of which expressed the least bit of concern that we were “confusing” Melissa.

One friend even told me about her son, who was born deaf. Her Italian doctors — who had cured her son’s deafness through an implant — instructed my friend to speak only Italian to her son, saying two languages would only confuse him. She’s convinced the advice was a needless setback. Now her son is learning English, slowly but surely, with the help of his younger brother.

On a different note, another friend observed that her daughter not only started speaking later than other kids her age, but understands less. She attributes this to her bilingualism. I’ve heard from others along similar lines.

A quick Google search yielded a treasury of articles with a recurring theme: “People used to think bilingual children were slow/confused/challenged, but new research shows…” Basically, it seems to show that some children are slower than others in certain things, but likely not for reasons related to their bi- or multilingualism.