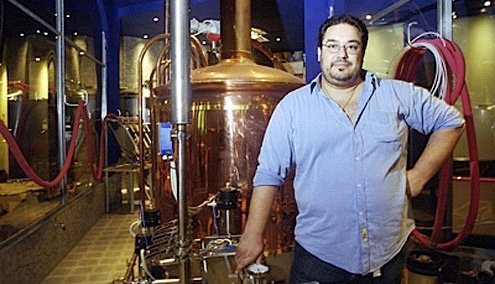 ocated in a woody upper-class northwest neighborhood of Rome, Atlas Coelestis offers diners high-quality fare and a celestial atmosphere. From the home-made brews made from locally grown orzo (barley) to the wood-burning oven to the planets and stars on the ceiling above, the eight proprietors of Atlas Coelestis make everything with an eye for detail and careful craftsmanship — and the final product is a delicious meal at a fairly reasonable price.

Though a bit of a trek from central Rome, the microbrewery is worth the trip. If the name itself doesn’t give it away, one look at the entrance doors quickly tells diners they’re in for an evening heavy on atmosphere. Resembling something out of Star Wars, the doors, surrounded by lunar-style walls, seem to simulate entering a spaceship on an intergalactic voyage. Three television screens broadcasting scenes of space shuttles and NASA control rooms (and, oddly, the Blues Brothers, during this diner’s visit) enhance this impression. Once inside, the properly proportioned planets and holes in the ceiling that mirror the constellations make the warehouse-sized interior feel almost vacuous, as if you are in fact dining among the stars in the nether-regions of space. The owners even designed the beer taps at the bar to resemble the control levers of a spacecraft, with the brew kettles in the glass-encased room beyond acting as engines.

Once acclimated to the environment, however, I felt right at home. The restaurant’s manager, Cristina Morgia, handed me the hefty, spiral-bound menu, and I found amid the many sweet-sounding concoctions a few surprising dishes, such as the risotto alle fragole (€9), whose interesting texture and taste was vaguely reminiscent of strawberry shortcake. I ordered one of the house’s five home-made brews, a refreshing triple malt birra ambrata called Mizar Pale Ale (€5), and a salame piccante e mozzarella pizza (€6.50). The traditional Roman crust (neither super thin nor too thick) topped with fresh mozzarella di bufala and the subtly spicy salami was very satisfying. I finished with a unique and intriguing dessert called sorbetto di birra (€3.50), made with the restaurant’s own beer and a touch of lemon.

With a mostly local clientele, Morgia, who is married to one of the owners, says the birreria has done well with little advertising. The restaurant idea came from her husband, Cristiano Iacobelli, who hand-crafted beers at home until co-founding the birreria with seven other Romans (including several other Iacobellis) in June 2001.

“Cristiano’s two greatest passions are astrology and the production of beer,” said Morgia. He has been “producing hand-crafted beer for 20 years.”

The original plan was to give customers “buona cucina” amidst the heavens and live music, but the latter proved too distracting. The stage, once used regularly, is now only called into service for special occasions, like weddings and other celebrations.

Though the birreria — focused on using the highest-quality ingredients and methods — is certainly the main attraction, Atlas Coelestis gives the same attention to its dishes, including its desserts, made at the in-house pasticceria. It also has a large selection of fine wines, single-malt whiskeys and other alcoholic beverages. As it says truthfully on the back page of the quote-infused menu, “materie prime di qualita’ assoluta … da conseguire ad ogni costo, senza compromessi.” In other words, good food and drink, no compromises.

About the Author: Bryan Keogh

Bryan A. Keogh studied journalism and philosophy at the University of Minnesota, where he wrote and edited for his college daily newspaper and founded a weekly campus publication. After graduating, the North Dakota native covered politics and national news during a seven-month internship with the Chicago Tribune's Washington bureau. During his year-long stay in Rome he helped design The American.