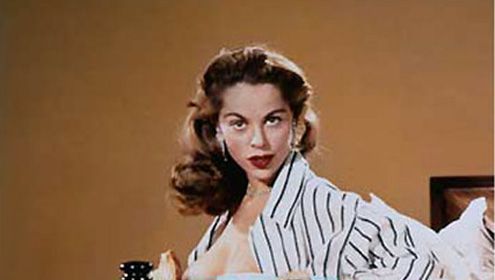 When Anshka packed her last scuffed high heel she figured she wouldn’t be seeing Rome for a while. She was headed to a polished publishing-house job in London where she’d write about the Eternal City from a safe and well-paid distance.

But she’d barely settled into her London cubicle — she’d quit her espresso addiction with surprising success, substituting the miniature caffeine jolts with steaming Styrofoam cups of Chai latte — when the project editor came back from India with a rare strain of Encephalitis. The series editor called her in: Would she return to Rome to supervise the final fact checking? Apologies and promises were profuse. She’d get three nights in Rome’s most fabulous 5-star boutique hotel.

So Anshka packed her bag, which still smelled of sun and smog, and grabbed the last flight out that night. The hotel, the latest in a string of designer properties, sent a chauffeur to Ciampino and whisked her to Piazza di Spagna. She was now in an entirely different version of the gritty Rome she’d only just begun to forget. She sank into her king-size bed and pulled the down comforter up under her chin. Muffled shouts from the street below found their way to her ears, and she smiled. At her old apartment she would have seethed herself into troubled sleep, rife with contempt for the commotion beneath her window… but with double-paned windows and billows of Egyptian cotton enveloping her, she drifted into nostalgic dreams.

She awoke to a ringing phone and a man’s voice. La Signora gradisce la colazione in camera? Did she want breakfast in her room? She responded with an emphatic sì, and rushed to brush her teeth and fluff up her blond curls. There was something about such pretty surroundings that made her want to match them — even first thing in the morning. She sank back into the still warm bed and waited.

A moment later came the knock. She tightened the belt of the satin hotel robe and opened the door to the most bountiful beautiful breakfast cart she’d ever seen. A basket of fresh fragrant pastries stood beside a plate of exotic fruits, some of which she couldn’t identify. The coffee and tea service rested regally on a silver tray.

May I come in?

The tall young man behind the cart interrupted her visual feast.

She laughed and took a few steps back as he pushed the cart toward the bed and set himself to preparing her coffee. He was well-built though boyishly slender, with broad shoulders and the beginnings of what would grow into a distinguished jaw. She gazed from the fruit plate to his face, taking in young skin and dark green eyes. The morning light danced inside them, lending him a playful confidence she hadn’t noticed before. Casting her eyes downward, she chuckled at the decorative pineapple top, which seemed to sprout from between his legs.

Do you take sugar?

She tossed her hair over one shoulder and nodded, a bit over-emphatically, but hardly caring, and sat down on the bed, crossing her long legs. A smooth, white kneecap and a slice of thigh peeked out from the crème satin robe.

He extended the small cup to her, giving it one last stir before settling it upon her open palm. The sides of their hands brushed against one another. Both felt a shiver.

May I prepare your plate?

He asked, his eyes never settling in one spot.

She shrugged, her robe slipping off one shoulder. Pretending not to notice, she leaned over the trays of food, and watched his trembling, if strong, hands as they clasped, sliced, and folded.

She could see a thin veil of sweat on his brow, and felt her own heartbeat accelerating ever so slightly.

He set her plate down and straightened, smoothing his jacket, and asked if there was anything else he could do for her.

In a few seconds a thousand thoughts rushed through Anshka’s head. She’d come to Italy for passionate moments such as these. And yet she’d left when one after another fizzled into crumbs and obsession.

This never seemed to happen in London, but maybe life was safer for it.

A symphony of what ifs, maybes, and why nots drowned out all reason, and just as she was considering swinging her legs wide open and snapping her fingers in a “kneel” command, she felt a hand on hers.

He passed a crumbled bit of napkin into her moistened palm, winked, and left the room.

He had scrawled his phone number, and I’m free after noon.

Rather than save the number on her cell phone, she tucked it into her handbag, leaving it to fate, and two more breakfasts.