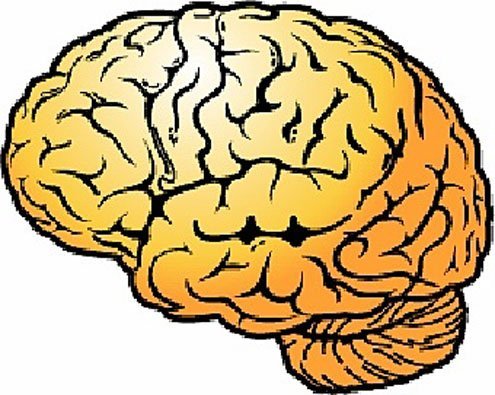 I am a bee that must go to many flowers.
I

met the sexiest man alive in July 2001 at a party in Milan. Following a rather gray evening spent drifting in and out of meaningless conversation, I suddenly found myself facing an eccentric peacock in orange pants, a tie-dyed scarf, with Bronzi di Riace curls and slanted eyes that sparkled with a thousand tiny peccadilloes.

But what I noticed most was his smell: mocha, cinnamon and nutmeg, which I would later learn, was not derived from any commercially available spray or deodorant.

“I am Massimo. I am from Palermo,” he said with that relaxed, super-smooth bonhomie that telegraphs, just below the surface, an I-am-here-tonight-to-meet-you confidence.

My focus narrowed with Vertigo effect, the optical illusion first used by Hitchcock in which a zoom lens is pulled as the camera is moved away on a dolly. “I am a brain surgeon.”

Brain Boy and I would become friends and when I learned he was preparing for an upcoming research internship at a hospital in New York, we determined I would give him English lessons each evening before his departure. I got to know him well during this time. He likes to drive fast on his motorcycle, grind his teeth at night, smoke cigarettes, listen to Subsonica in the operating room, wear his dead grandmother’s teardrop earring and tiny tweezers known as an aneurysm clip on a leather string around his neck as a lucky charm. He clobbers his speech unmercifully with the word minchia and absolutely will not stand any insults directed, even by the haziest association, at his mother. He also doesn’t strike me as particularly interested in a relationship.

“I am a bee that must go to many flowers,” he explained. Such are the perils of befriending someone of heartthrob status, I thought.

Our friendship grew strongest in New York. Lacking English proficiency, Massimo asked me to help him at the hospital. He was under instructions by his primary doctor in Italy to find 16 human heads in New York. Heads are not for sale in Italy, but they are in the United States, although they are not cheap. Monkey heads or “old” heads (pre-soaked in formaldehyde) would not do. His research called for teste fresche.

Whenever someone asked what business brought him to New York, Massimo’s standard reply (with a healthy dose of pre-September 11 humor) was: “I am looking for cadavers.”

His Italian colleagues preferred not to pay the sum required for 16 fresh heads so, in effect, Massimo’s role became that of bargain headhunter. I was his translator.

We fixed an appointment with Dr. Chen, the man with the heads. Entering his small, windowless laboratory I noticed an up-side-down head (a woman’s) on a table and positioned under a pool of artificial light. Dr. Chen directed us towards the head and showed us how he had been slicing paper-thin layers of tissue in order to take close-up photographs. The head’s up-turned neck had been covered with a cloth and its tongue hung awkwardly out of its mouth.

I asked Dr. Chen how long he had been working on that particular head and his reply was: “seven years.” We discussed the possibility of procuring more heads at a discounted price for Massimo, but Dr. Chen said he could not help. “You can have this head when I’m done with it,” he offered. Fuming, Massimo stormed off and eventually returned headless to Italy.

Our friendship continued over the years with the occasional ski trip or Sicily holiday, and more recently I got a call from Massimo asking if he could come visit for a weekend to clear his head. He had just quit his post as a surgeon at a hospital in the Italian Alps and walked out of the operating room following a spat with his boss over vacation days. Although he had instructed his superior to go to hell with a few choice words, Massimo received word that he could have his job back, but only if he delivered an apology. He hoped I could help him through this difficult juncture.

At my house, Massimo smoked cigarettes, watched Formula One and smoked cigarettes. When the weekend was over, he saddled back on his motorcycle and drove nonstop to the Italian Alps to face his boss. “I came all this way to tell you again: ‘Go to hell.’” When I last heard from Massimo he was looking for a new brain surgery job elsewhere in Italy.

I told this story to my friend Roger whose comment was: “Brain Boy is a metaphor for our times.”

Now, I suppose, the function of the concluding paragraphs of this column is to impart some sort of wisdom concerning love and romance. I can readily offer this: A man with a good head on his shoulders is not often the sexiest man alive.

But what I really want to tell you is that I have prepared little stickers with Massimo’s photograph and the words “Do Not Let This Man Near My Head.” I suggest you affix one to the back of your neck or chest just in case.

For matters of the heart, please write me at monica@inloveinitaly.com. Next month’s topic is “weirdest dates.” Tell me about yours.