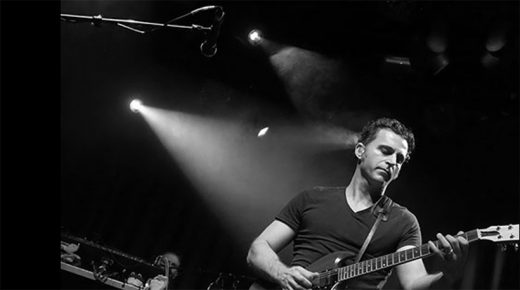 American rock musician Frank Zappa named his first daughter Moon and his pictured first son Dweezil, which might have brought him trouble in Italy.
M

y first job out of college was as a bartender at the Victoria Station flagship restaurant in San Francisco, the first of a now defunct chain of steakhouses designed by three Cornell University School of Hotel Administration grads. It was a classic admonishment to new management. They put enlisting a spirited staff ahead of their bottom line and eventually paid dearly. And what a spirited staff it was.

There was Chito, a waiter with a guitar star’s look and demeanor. He had coke-ignited blue eyes that shone like high lumen headlights. He’d prance around the train car-themed restaurant as though he were on a Broadway stage, entertaining those at his tables with a shtick worthy of Jerry Seinfeld. He routinely sold the most food and drinks, got the best tips and often won the end-of-month case of wine awarded by the fun-loving management to the waiter who brought in the highest gross revenue.

Italian law requires infant names to correspond to the gender of the child, opening a Pandora’s box.

One day Chito came to work delighted that his wife had just given birth to a boy. I asked him what they had named the baby. “Zboo” he replied, again reverting to his prancing about. “Of course,” I thought, no other name would do.

I’ve always loved that story and it came to mind recently in connection with the fracas in Milan over parents naming their daughter “Blu” (Italian for blue). Unlike the singular “Zboo,” the problem arose over a longstanding Italian law that requires all Italian infant names to correspond to the gender of the child.

The problem for the Italian state in this case is in keeping up with the times. While it may try to enforce a law that protects traditionally gender-identifiable names such as Ilaria, Daniela, Francesco and Enrico, plenty of trendier Blu-like names, both for boys and girls, slip through the cracks into legal status. There’s also “Verde” (Italian for green).

In the case of the Milan Blu, an 18-month-old girl, the parents were summoned by a Milan civil court and given an ultimatum. Either they come up with an “appropriate” female name or the State would do so for them. In fairness, the child’s parents had been warned at the municipal offices in Milan where they registered their daughter’s name that it could be challenged by the State.

There are laws on permissible and forbidden names in most countries. Denmark and Germany, like Italy, insist that a child’s gender must be determinable from a given name. The Danes are particularly strict in that Denmark has a list of 7,000 pre-approved names whose spelling cannot even be altered.

Other examples of government restrictions are names limited to a specific number of characters or to the characters of a country’s alphabet. Some states exclude numbers, asterisks, special characters and the like. Many also ban certain names like Nutella, @, Messiah, Monkey, Adolf Hitler and Sex Fruit.

California, where Zboo was born, restricts names to the 26 letters of the Roman alphabet, so Zboo qualifies. But it does not accept any diacritical marking such as accents. It wouldn’t have accepted “Zboõ.”

So should Blu be banned in Italy? The question goes to the balancing of interests.

Parents want the freedom to select their children’s names as they see fit. Individuals also wish to change their legal names later on in life. 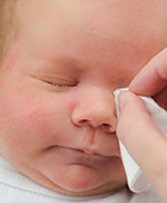 In Milan, Blu finally got her day in court, and won.

Governments are generally more interested in making gender edification easier, whether in school or eventually the work world. They also seek to minimize the potential for embarrassment and abuse, making the transition into social life easier. As a result, governments take the position that names must not be obscene or otherwise be the result of a careless parental whim.

States also have an interest in being able to certify and register its citizenry without undue confusion. This includes favoring names that have what might be called “passport logic,” in that they’re recognizable internationally.

There’s also a practical consideration. A municipality may have software in which names are stored and used in ways that limit the way names can be configured.

But time doesn’t stand still, and name “outsiders” are banging on the doors of all cultures demanding recognition of rights that were previously ignored. Transgender, Agender (genderless) and other third gender groups find that traditional gender names are limiting and strange. Many seek neutral names or names that more accurately reflect their identities.

Though traditional paradigms are in flux, more questions arise. What about the names of children born to migrants who have made a home in Italy? How will gender norms be assessed in those cases?

In the 1970s, musician Frank Zappa, well ahead of the curve, named his first child, a daughter, Moon, while first son got the name Dweezil. Zappa enjoyed pushing cultural limits.

The Milan court hearing the case challenging Blu’s name decided to accept the name. I wonder how they would handle Zboo?