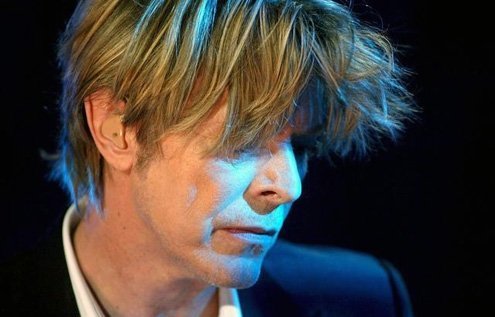 Only a few insiders knew that Bowie, 69, was gravely ill with cancer.
I

first heard the name Allan Jacks in the early days of my Rome journalistic experiment. And an experiment it was, since I’d studied literature and poetry in college and knew more about Ezra Pound than Clark Kent.

Jacks’ name came up not just because he’d died just weeks before I arrived in Rome, but because he’d continued working at his job as Associated Press Rome bureau chief until cancer shut him down in 1975 at age 60. Jacks, who’d been bureau chief for 18 years, was repeatedly told he was too ill to work but ignored the interference until he couldn’t. The word heroism had yet to suffer the abuse (through overuse) it now endures. Jacks’ decision reflected a combination of stubbornness, professionalism, and a stoic determination to avert the demeaning dramatics of lethal disease.

His story comes to mind because of musician David Bowie, whose recent death has produced a stirring riptide of hosannas. While most grieved the loss of Bowie’s artistic gifts, others indulged a different kind of empathy, bewildered that a celebrity had died without prior notice. Only a few insiders knew that Bowie, 69, was gravely ill with cancer.

Very much in the Jacks school, Bowie had released a collaborative jazz record days before his death and pushed ahead until he couldn’t, after which he withdrew into brief but guarded obscurity, resisting any urge to make public his malady and risk the spectacle of pity, self-pity within it.

Chronicles and memoirs about dying and death have always occupied a large space in nonfiction literature. But rarely do they proliferate as now, with descents into the abyss prized as gourmet fare, as if decay courted the right mix of pathos and wisdom. Historian Tony Judt indulged the urge (“The Memory Chalet”), as did garrulous essayist Christopher Hitchens (“Mortality”). Others have narrated dealing with various diseases and disorders, often exposing their personal lives and organic histories to voyeuristic scrutiny. Some have done it for the intellectual satisfaction — like a parting gesture (take young surgeon Paul Kalanithi’s recent “When Breath Becomes Air”), others to garnish their legacy. Famed neurologist Oliver Sachs dipped into this collective well of last rites by publishing a New York Times op-ed essay announcing his terminal cancer town hall style: “It is up to me now to choose how to live out the months that remain to me. I have to live in the richest, deepest, most productive way I can.” (He died six months later, in August 2015).

Confessions suit a tavern-talk time, with cyberspace the largest nook humans have ever known in which to sip, spew and share. To many, the resulting spillage is being itself. And that’s fine.

Ironically, today’s “eccentrics” are those what won’t allow the private to go public. They’re the ones who stick sickness to the side and keep to the work they know or like best — like Jacks. To them, public summing up is a distraction. What matters instead is pressing ahead with intellectual priorities until there’s no time left to do so, and all things once ahead are left behind forever.

There’s no preferred “method,” but recalling the Jacks story I tip my cap to him, to Bowie, and to others like them, the ones who choose to keep their abyss private so that the focus remain on something larger, as in legacy, as in art.