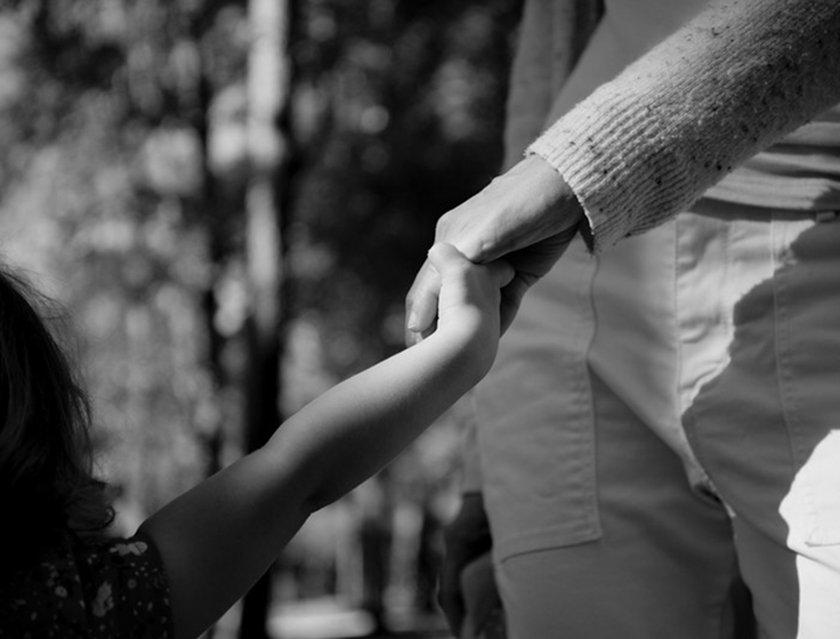 hen I got pregnant nearly four years ago, I was at a crossroads in my life. I’d just been accepted into a two-year writing residency in Vermont and it seemed I was finally on my way to pursuing my lifelong dream of becoming a poet. But I also longed to be a mother, and at 41, pregnancy felt like a longshot in need of a miracle. Still, I was troubled, not so much by the pregnancy itself as its context.

In a way, I felt like a stranger in a strange land. I’d moved to Gainesville as a reporter years before, and while I knew many people there, I had few close friends and no family. My partner, on the other hand, had grown up in the Florida city. Although we were in a loving relationship, what would happen if it didn’t work out? Would I be bound to Florida until our daughter reached adulthood?

Strictly speaking, yes, maybe I would be. The Florida Relocation Statute obligates separated parents to stay within 50 miles of one another. This law is not unique to Florida. States everywhere (and other countries) have similar laws, though some are more liberal, giving the custodial parent, usually the mothers, the presumptive right to move elsewhere with her children. A few days before Julia was born, I consulted a lawyer to find out how I could protect myself.

It’s mostly women who suffer the consequences, since 80% of the relocation requests are made by women.

The lawyer had Rome paraphernalia on her office walls — not tourist stuff, but plaques with SPQR, the symbol of the ancient Roman Republic’s government. She must be an insider, I mused, thinking about my own eight-year sojourn in the city. Turns out she had lived in Rome for five years, while working on a doctorate in architecture. So, she understood when I blurted out, “If I (with my daughter) want to move back there someday, can I?”

While she couldn’t answer that question, she advised me to write a child-share agreement with my partner absolving me of the geographical confinement foreseen by the statutes. She confirmed my vulnerability and added that the law is “draconian.”

It’s mostly women who suffer its consequences, since 80% of the relocation requests are made by women — who want to move on with their lives for jobs, family support, or new relationships. Imagine trailing spouses, left in the lurch, in the middle of nowhere. Or men who use the law to trap the women who have left them. Denying mothers’ requests puts them in the “Sophie’s Choice” effect: either they stay for their children, or they leave for whatever reason, but lose custody of their children.

My partner and I eventually signed an agreement as the lawyer advised. But before that, I lost many nights of sleep, thinking about the implications of this law, not just for my own life, but the fundamental questions of autonomy the law undermines. How can this be? I thought. And, why isn’t anyone talking about it?

Mainstream news coverage of this issue has been sporadic, apart from some mention in high drama custody cases of celebrities. But I began finding some answers in legal literature. One article, entitled, “Consigning Women to the Immediate Orbit of a Man” gave me chills the way a good poem does. Calling out the laws’ “judicial paternalism,” the author mentioned many of the same incongruities that I had pondered, namely: If these laws are made in the name of shared or equal parenting, why doesn’t anyone ask the father to follow the mother in her move? Further, divorced fathers move all the time, so why isn’t there a law to prevent that? Also, it’s known that very often what’s good for a mother is good for her children, so why aren’t the psychological nuances of mothering taken into account when determining a child’s best interests?

The patriarchal “institution” of motherhood, which promotes mothers’ selflessness, is different from the empowering practice of mothering.

When I finally spoke to the author, we talked for three hours. Not surprisingly, her article grew out of personal insight. She’d gotten pregnant while still in college, by a fleeting man, who nonetheless, blocked her efforts to move away from his hometown of 400 people with their daughter to attend her dream graduate program. She eventually drove two hours away every week to secretly attend law school instead. She became a lawyer only because of her daughter.

That part of her story resonated with me. I just completed my first year of a doctoral program that is partly inspired by my inquiries on these laws. I undoubtedly would not have done this were it not for my own daughter. It’s also true that my undertaking would be less measured and more reactionary without the love and support of my partner, who is also a wonderful father.

That said, my research so far indicates that at least in the United States, we don’t treat mothers nearly as well as we should. If anything, the pandemic has brought that message home, with news reports of women having left or lost jobs in droves, largely to supervise at-home schooling. Their stress levels are through the roof — partly due to underlying gender inequalities.

Indeed, the patriarchal “institution” of motherhood, which promotes mothers’ selflessness, is different from the empowering practice of mothering, a distinction that Feminist and poet Adrienne Rich made with her book “Of Woman Born” in 1976, coincidentally my birth year. Rich advocated for “courageous mothering,” saying that a mother living her own best life is also perhaps her best gift to her children. Daughters especially, she wrote, “need mothers who want their own freedom and ours.” Those who make and enforce our laws ought to heed that wisdom.