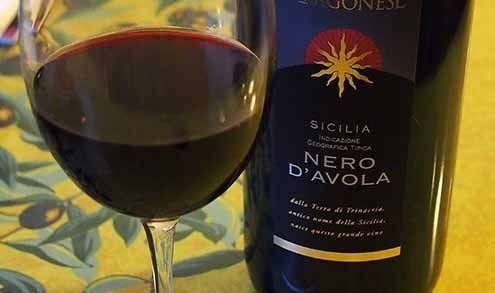 decade of travels to vineyards all over Sicily has taught me that getting to know the island’s many wines is a never-ending pursuit. Each of my southern trips has enriched my knowledge.

It all began with a baglio outside Palermo. A baglio is a country estate that produces wine and often includes a B&B. Led by the winemaker, my group walked through vineyards and tasted whites and reds made from indigenous Catarratto and Nero d’Avola grapes. We paired different wines at dinner. I was hooked.

The next time we headed for western Sicily, where we tasted nutty and complex Marsala wines. We then flew to the island of Pantelleria where vines grow low to the ground in sandy soils. We nibbled on cassatedde (half-moon pastry pockets filled with ricotta cheese and drizzled with honey) and sipped on sweet Passito wine that tastes like golden raisins in a bottle.

The third trip took us to the province of Ragusa, home to the Frappato red grape variety known for its delicate aromas of strawberry, raspberry and mint. I fell in love with this versatile red. Ragusa also introduced us to Cerasuola di Vittoria, an elegant blend of Nero d’Avola and Frappato grapes. Unlike the Nero d’Avola wines we knew, it was elegant, refined and smooth.

Another year we went to Mount Etna, on island’s east coast, which hosts the island’s oldest vines. With the volcano as a backdrop, we tasted white, rose and red wines with a home cooked meal. Etna is the Sicily’s trendiest wine region, rich in red and white wines with aging potential.

I have more trips planned, but I thought I’d pause to give you a glossary sketch of my favorites.

Marsala This western Sicilian wine may be the island’s most famous. A fortified wine, it’s often used in cooking (it’s the key ingredient in the rich caramelized sauce that gives Chicken Marsala its unique flavor). Dry and nutty, it’s also great for sipping (like sherry) and perfectly complements Sicilian sweets such as Cannoli and Cassata.

Carricante Grown on the eastern slopes of Etna and throughout the Catania province, Carricante makes ups 60 percent of all Etna whites. The remaining 40 percent is a blend of white varieties including Catarratto bianco, Inzolia and Minella bianca. Bright in acidity and mineral flavor, pure Carricante deliciously blends the aromas of citrus, orange blossom and anise.

Grillo/Catarratto Both of these white grapes are traditionally used in Marsala production. They’re cultivated throughout the island, most notably in the provinces of Palermo, Agrigento and Trapani. If handled properly, Catarratto can make a fresh and delicate wine with bright citrus and herbal aromas. Grillo is medium to full-bodied with slightly grassy and floral notes.

Grecanico Used mostly in blends, this grape has been cultivated for centuries, mostly around Trapani, Palermo and Agrigento. Grecanico has a fresh apply taste and good acidity. When blended with Inzolia, the wine acquires a nutty and honey-like character.

Inzolia Among the island’s most ancient white, Inzolia is mostly grown around Palermo and used for Marsala. The best versions have a refreshing nutty character.

Malvasia di Lipari This orange-colored sweet wine has its origins in the volcanic ash-laden soul that characterizes the Aeolian islands of Salina and Lipari. The Malvasia grape evokes honey, citrus blossoms and freshly picked apricots. It’s best served slightly chilled with a dessert like cannoli.

Zibibbo (Muscat of Alexandria) Zibibbo is a widely planted grape at the core of the naturally sweet passito wines of Pantelleria. With a greater caramel and honey concentration than Malvasia di Lipari, it exudes apricots, candied orange peel and fresh figs.

Frappato Until recently, Frappato didn’t figure in the wine limelight, blended instead with other local varieties. Planted mainly in the province of Ragusa (particularly near the town of Vittoria), this fruity, playful and fresh red tastes of ripe red fruits to go with savory floral notes (lavender, freshly mowed grass and a swish of saltiness).

Nerello Mascalese/Nerello Cappuccio These are the red grape varieties behind the famous Etna reds. Nerello Mascalese is the Etna Rosso DOC star. The wines can be served at any age and are often likened to fine Pinot Noir. They’re usually light in color and alcohol content. A first sip provides a burst of red-fruit flavors, followed by lively acidity and gentle tannins, making them delightfully easy to drink.

Nero d’Avola “Avola Black” is Sicily’s most widespread native red grape variety. Robust and red, the wine was a staple of my Sicilian grandparents. In many Italian restaurants, it’s the only Sicilian wine on the menu. As you travel around Sicily, try Nero d’Avola at every stop.

Over time, two styles make their presence felt. The first is dark and concentrated with black fruit aromas and coffee, chocolate and tobacco flavors — which comes from aging in oak barrels. If you like Cabernet Sauvignon, this is your wine. The second style is more elegant, with red cherry fruit flavors, fresh grassy notes and little if any oak aging.