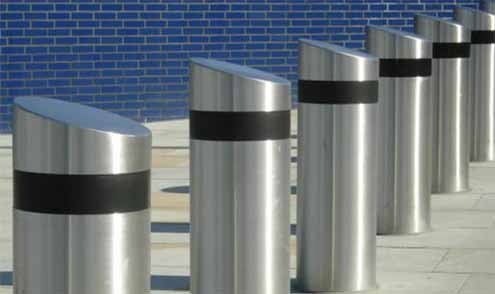 What's life in Italy without free parking and emergencies?
W

ere snowed in southern Tuscany and my husband Giulio and I are in a disagreement over what constitutes as fun.

He is perfectly content to lie, limbs askew, on our couch, hallowed Samsung Galaxy Note 8 in one hand, the blue-tinged rays of Facebook his only source of Vitamin D.

He and his Samsung have a very special relationship, that of father and remarkable, albeit mute, son. If you get too close, you’ll lose a hand. Not that I have to. The flavor of this month’s all-consuming passion is the unalienable right, he believes, of jus soli — wherever you’re from, you’re entitled to the citizenship of the country you’re born in. He relishes the arguments his posts spark. He could just stick his head out the window and yell at the disagreeing party, who is more than likely seated at one of our endangered coffee bars, but this is more gratifying.

With 2017 at an end, I, on the other hand, wanted to share a story of intrigue, politics and clichés.

Politics is the condiment at all our breakfasts, lunches, dinners and evening snacks. Giulio has become that child you never want to have. The one who will only ever talk about one thing with any real animation or focus. As someone who never used to touch the stuff, I too have become an addict.

So grab a scotch and settle in for the story of small town politics.

In a corner of southern Tuscany, let’s call it M——–, there was an election. A couple of months later, the town awoke to law and order in the form of steel bollards. Red, grey and yellow, they ran the length of the Strada Statale, preventing anyone from parking in front of the chemist, the bar, the hardware store or the elementary school.

Italians have many loves. One of them is freestyle and usually illegal parking. They have perfected it, along with expanding the definition of emergency. To the Italians, cheese can be an emergency. So can grabbing the day’s paper, which might mean stopping on a pedestrian crossing to fetch it. So long as you put on your hazard lights, you won’t get a fine, no matter where you stop.

So imagine the shock of the townsfolk when they could no longer stop for a coffee without entirely obstructing traffic flow. You might think that’s all well and good, but obstruction is a cultural institution. You don’t deserve to hold an Italian driver’s license if you can’t blindly swerve around a double-parked truck into oncoming traffic while the truck owner watches the swerving espresso in hand.

The locals were up in arms. Why were they not consulted? The mayor had promised he would run all decisions by them personally. It was how he secured their votes.

Their fury was justified. M——– has a parking problem, or, more precisely, a police problem. The town’s very short police captain expresses his masculinity by transforming every available space into paid parking only. But no resident has ever actually paid to park. That’s what the hazard lights are for. No longer.

With the coming of the bollards, they would actually have to find a proper car park just to get a coffee. Pick up their kids. Grab a box of painkillers or a few nails. The town rumbled with the beginnings of a riot. Then it dissipated.

After expressing their outrage and contemplating various strategies, the locals decided to move their cars to the other side of the main road where there were no bollards. Now, as you cruise into town doing 80 kph, you have to watch for illegally parked cars and jay walking pedestrians jonesing for a coffee.

You might be asking when bollards will be appearing on the other side of the road, since safety is such a concern. There’s an easy answer to that question — never.

The bollards popped up where they did, when they did, because the residents above the bar, the pharmacy and the hardware store we sick of people parking outside their front door. Their mayoral vote depended on the occupant of the office taking action, and he behaved just as you’ve always imagined post-Berlusconi Italians would behave, by rewarding his loyalists.

It took the residents of M——– a few days to realize the logic of the bollards. It took them a few more to understand there was a new regime in town, and to remember that favors are returned to those who show them at the ballot box, which is just the way it goes — in mafia movies.