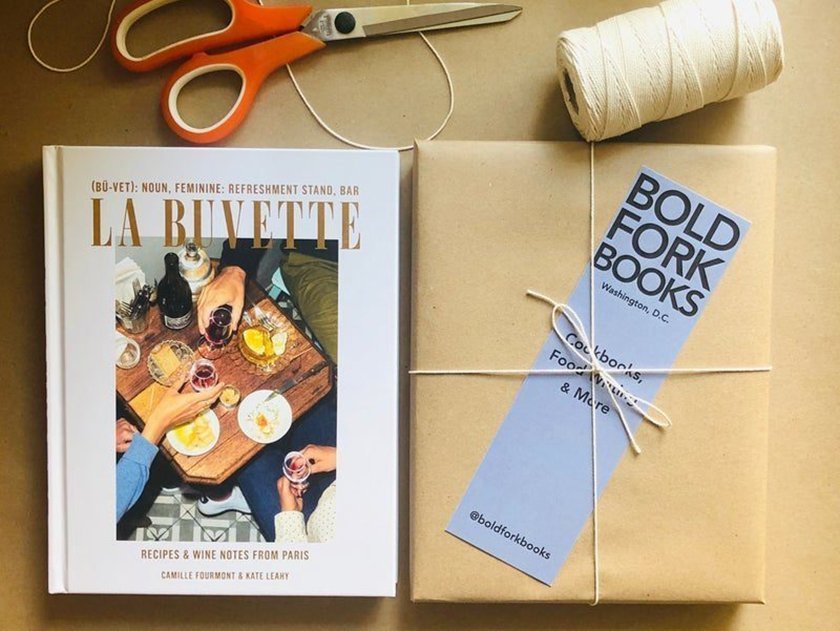 A novel approach to encouraging the art of eating, and reading...
T

ens of thousands of small businesses in communities across the country have suffered mightily under the weight of COVID-19. Many businesses that failed to obtain government stimulus loans, including thousands of nail salons, beauty salons, barber shops, and gyms, have closed their doors for good. Some have survived by offering their services online, or by going door to door. But even now, with mandatory lockdowns lifted, and even masking relaxed, nearly a quarter of the nation’s independent bookstores, including stalwarts like Powell’s, a fixture on the Portland, Oregon literary scene, are in danger of closing.

But some bookstores are thriving. How? By serving an exclusive but lucrative niche of passionate readers intent on cultivating a new avocation. And one of the most popular of these new avocations turns out to be gourmet cooking.

Industry data suggests that many Americans identify as “foodies.” They say they’ll flock to street fairs just to sample the exotic cooking. And they regularly shop at Whole Foods or Trader Joe’s to purchase gourmet food. But prior to the pandemic, a declining percentage of Americans were willing to cook gourmet meals.

The past year has seen a dramatic sea change.

Who are these eager young chefs? Mostly married professional women in their 30s and 40s. Some have been cooking fancy dinners for years, but many are culinary rookies still learning the difference between a chopping knife and a cleaver. Cooped up at home with idle hands and a mountain of unspent vacation income, they’re looking for something fresh and exciting to dive into.

These women aren’t content with a standard Italian pasta recipe, or the usual instructions for making a fancy French soufflé that won’t fall in the oven. They’ve watched Anthony Bourdain’s cooking show; they’re traveled the world with him to the back-alley kitchens of Bangladesh and to the beachfront fish grills of Bali. They want the real stuff. And after a few false starts, perhaps, they’ve decided to go all in.

One of the most popular of these new avocations turns out to be gourmet cooking.

Currently, just four or five small bookstores in the United States cater to their ever-expanding needs — and amazingly, they’re all thriving.

One of the newest and most popular is Bold Fork Books, located in the historic Mount Pleasant neighborhood in Washington, D.C., less than a mile north of the White House. It’s a tiny storefront shop — maybe 300 sq. feet total — that’s virtually empty during the week. But it’s a bustling beehive on weekends, as I discovered two Saturdays ago when I stopped by to visit the store and talk to the staff.

Madeleine Williams, the store’s day manager and a zealous foodie herself, says home-based chefs aren’t satisfied with the kind of recipe information they might obtain online, which is often too generic and is typically written by low-paid bloggers lacking in culinary expertise.

“People know that our books reflect the accumulated wisdom and guidance of established professional chefs, and they crave it. And since they’re anxious to impress their family and friends, they’re willing to go to great lengths to get it,” she says.

Bold Fork’s total inventory may be 500 hard and soft covers, but they’re not the kind of cookbooks you’re likely to find at Barnes and Noble. Under the careful guidance and direction of Clementine Thomas, Bold Fork’s co-founder, the store has curated and collected the best and most diverse cookbooks currently on the market.

Some are by chefs that first gained attention by posting their cooking videos on social media sites like YouTube and Tik Tok. A few other, like Carla Lalli Music (author of “That Sounds So Good”), built their reputations during the ugly scandal that engulfed the popular food website Bon Appétit in 2020.

Under the careful guidance and direction of Clementine Thomas, the store has curated and collected the best and most diverse cookbooks currently on the market.

Bon Appétit’s publishers faced charges of racism that eventually led to a mass walkout by Lalli and other senior editors. Rebelling against established convention, these authors (much like Bourdain) celebrate cooking expertise from non-European sources as well as a bevy of neglected regional cuisines in down-home American locales.

Thomas’s book selections clearly echo this cultural shift. The bookstore — as well as its website (www.boldforkbooks.com) — showcases several celebrated Black chefs, including Rodney Scott, author of “Rodney Scott’s World of BBQ,” and Vallery Lomas, author of “Life is What You Bake It,” who won 2020’s Great American Baking Show Award. Looking for a Korean version of vegetarian cooking? Every corner of the globe — from Macedonia and Slovenia to India and Vietnam — is represented here.

Make no mistake: Bold Forks represents the “new” American mainstream. Williams says many of the D.C. area’s best-known chefs also shop here, sometimes surreptitiously. They may be looking to expand their repertoire, and, like the newbies want detailed information on recipes currently being utilized in the world’s best known restaurant kitchens. They can also afford to lay down $100 or $200 for the store’s limited edition French recipe cookbooks.

Books by Lalli et al. normally run for $35-$45. But Bold Fork also caters to everyday consumers, with paperbacks in the $20-$30 range. It even has niche offerings like “Cheese Sex Death: A Bible for the Cheese Obsessed,” and “Bong Appétit,” which may be the best available guide to cooking and baking with cannabis.

Bookstores like Bold Fork can thrive because their owners have established reputations in the local and even national restaurant industry. Thomas formerly co-owned Chez Billy Sud, a popular upscale French restaurant in posh Georgetown; she’s a fixture in the D.C. culinary scene.

Bold Fork sales were growing even before the virus struck but now business is “off the charts,” Madeleine says. Soon-to-be-filled orders are stacked everywhere, it seems. Apparently, the staff is struggling to keep up with the growing demand. “We keep selling out our most popular cookbooks and are constantly restocking,” Madeleine says.

Bold Forks’ new virtual book talk series — the next one, with “Edible Flowers” author Monica Nelson, is November 19 — is also catching on.  In addition, the store sells an exclusive line of cookware, including cast iron skillets and cutting knives. Need the perfect holiday season gift? Look no further. This is a fledgling gourmand’s paradise.