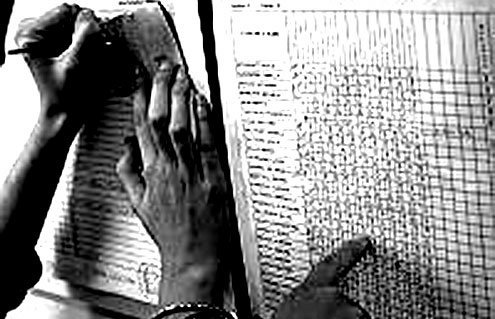 ontrary to what many might think, the life of an expat is far from easy. Say you have lived abroad for more than 20 years and a twinge of envy creeps into the features of whoever it is you might be talking to, as they conjure up images of life propped up against an always-open bar, no responsibilities, no work, and a mysteriously bottomless income.

Add the word Italy and the twinge becomes a vivid shade of green. Visions of beautiful people, carafes of vino, endless sunshine and a hassle-free life in which rules and those who enforce them play almost no role at all. People who are expats are a lucky lot, who do, well, very little. As one of the holidaymakers at our house in the hills ventured when I appeared at lunchtime during the summer: “Do you actually do any work?”

Given that I, unlike he, had already put in several hours of hard slog at my computer, and was now proceeding to sweep the poolside before answering our guests’ battery of questions on where to eat that evening, what wine to buy, where to taste it, whether scorpions were dangerous, I thought that was a bit rich.

But playing the game, I uttered something inconsequential and turned the conversation swiftly to Umbria’s hidden charms, allowing him to continue in the misapprehension that I live a lotus-eater lifestyle in the land of perpetual sun and long lunches.

Over the years, I’ve found myself making ludicrous excuses for all sorts of Italian shortcomings, including some of its many laws, the absurd situation where only the raccomandati advance in just about any walk of life and, incredible as it may seem, even Burly Scone himself. This slight exercise in dishonesty is partly, I suspect, fueled by a desire for self-deception. After all, no one wants to feel that they have made the wrong decision in life. But it also springs from a long-held realization that expats have no rights. If you do speak out, you tend to get a lot of flack. Even my own children, whose loyalties are torn wrenchingly down the middle, have made it clear they are slightly fazed by my uncharacteristic mutterings over the past few weeks.

But enough is enough.

Italy is not a pushover of a place to live; it’s a very strict place indeed, and it starts very young. How else can you explain a school system where everything hangs on passes in every single subject? You can be held down for failing just one of them. This is a society which purports to be egalitarian and sets great store by not prizing, or praising, one individual more than any other. But at the end of a fraught summer, in which the entire family’s nerves were torn to shreds, my 15-year-old son was — the very term says it all – bocciato — failed, rejected.

What I contest — or I would do if I had any rights at all — is not so much the system itself. What really gets my hackles rising is the total incompetence in the way it is managed. From the time-wasting extra lessons scheduled, in full summer, just to ruin any plans you might have for going away, to the horribly predictable inability to manage the announcement of the re-sit results, and hence the final verdict. Our family’s summer was totally ruined, first as we tried to rejig our scheduled holiday, then as we finally went away at the very end of the vacation, having first made every attempt to get our son’s results when they came out.

We might as well not have bothered. Surprise, surprise, the school couldn’t even get the day of the results right, leaving us sleepless as each day passed. When the grim news did break, it didn’t run the proper course. We should have been given advance warning that our son had failed. In the event, we were not and, seeing that we were away, we were nearly not able to get personal confirmation at all, amid tut-tut lectures on privacy.

Meanwhile, the results had been posted for all the world to see.

The same convoluted system had desperate consequences in exactly the same school, when a girl in the year above my son’s got an early whiff of the fact that she too had probably been bocciata. Tragically, the girl didn’t wait around to be lectured on privacy. She took a gun and shot herself. Sometimes, rigor and laxness make very dangerous bedfellows.