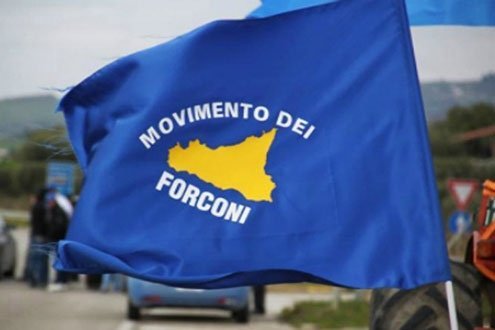 couple of weeks ago I got an email from my sister who lives in Cittadella, a town in north Italy’s Veneto region. She commutes to work and the message was a long rant about trying to get home, which took her nearly two hours rather than the usual 50 minutes. Protesters had blocked the main road, la Feltrina, disrupting local traffic for thousands of local commuters. It happened again the next day and continued almost every day until just before Christmas.

By then, my sister had learned to navigate rickety back roads that added another half-hour to her journey.

Setting the chaos in motion was the so-called Forconi movement, or the “men with pitchforks.” On their Facebook page, the Forconi describe themselves as “an association of agriculturalists, pastors [farmers] and animal breeders who are tired of the disinterest and mistreatment on the part of the institutions.”

Generally speaking, the movement is yet another manifestation of Italian frustration at the political and financial state of the country. Many of the protestors are from Italy’s smaller industrial centers and their jobs pivotal to Italy’s economic regeneration. They are farmers, long-haul truck drivers, local small business owners, retirees and students. Some are associated with regional independence movements. Their ultimate goal, as I understand it, is to form a political class composed of small-town workers. Their impact on society would come outside the worlds of finance or politics, which they see as corrupt — to some extent they are a more grassroots, less online-directed version of Beppe Grillo’s Five-Star Movement. Until they make inroads, the only way they have of attracting media attention is through commuter disruptions.

Just how functional such a movement can be has yet to be determined, but their message is loud and clear — politics in Italy needs overhauling so that needs of the citizenry are put first.

But who are the Pitchfork people?

According to my sister’s experiences (admittedly tinged with anger), many Forconi are dreadlocked youths in their 20s with nothing better to do but block traffic. Some are probably unemployed or can’t find work (more than 40 percent of Italians in their 20s are unemployed). Others likely tap into the movement to soak up the excitement of protest. Obviously, there’s a lot more to it than random thrill, but disgruntled commuters have no problem vilifying them.

The Forconi who worked in the agricultural sector had an abysmal year. Exports and product prices dropped off while costs went up. Their anger is palpable and to some extent justified. Italy’s unemployment rate is more than 12 percent and the idea of the European Union as a safeguard has lost most of its meaning.

But their protectionist, anti-banking, conspiracy theory and occasionally anti-Semitic, views are unsettling, and seem to reflect the ever-powerful underside of Italian populism (“It’s curious that five or six of the richest people in the world are Jews,” Forconi “leader” Andrea Zunino told the newspaper La Repubblica in early December.) The disgraced Silvio Berlusconi helped channel some of this populist anger politically, but now he’s all but out of the picture. For the Forconi, the government of Prime Minister Enrico Letta is a sham, and for that matter even Grillo’s web-wise “sack them all!” revolt has gone nowhere.

My sister is less interested in the details and more curious about how causing traffic havoc will help the country’s overall situation, especially if those stuck in traffic are vital to keeping the economy running, since they’re the ones who go to work. Blocking roads makes no sense given the bigger picture. The Forconi response is that desperate times call for desperate measures.

So far, the protests have touched a nerve in both the north and the south. Sicilian Forconi have chipped in with their share of protests (the original movement actually began two years ago in Sicily).

But to sustain their momentum, the protestors need to continue garnering media attention, which it they had nearly non-stop in the first half of December. But that avid interest is now slowly waning — the Christmas break intervened — leaving the Forconi to think up new PR stunts to keep the cameras rolling. Blocking traffic arteries makes news until shrewd commuters find secondary routes. Moreover, the Forconi slogan, “To rebel is a duty,” never quite says why.

So far, the movement has been peaceful in that there has been little physical violence (a few scuffles with police). Verbal violence is another story. Forconi leader Martino Morsello was quoted as saying he wanted “the death” of all existing political parties. He didn’t elaborate. Grillo went in a similar direction until his movement made a landslide breakthrough in 2013 national elections.

The year 2014, which promises just as much uncertainty as the year before it, will likely host new opportunities for the Forconi and their supporters. But first, they need to get off the roads into the piazzas. They need to pick leaders willing to share their thoughts with media. So far it’s been all action and brawn with little explanation. If they work, for example, to earn the support of commuters (who share some of their exasperation) they’re more likely to emerge from the shadows of being seen as an annoyance and begin making a legitimate impact on the national scene.