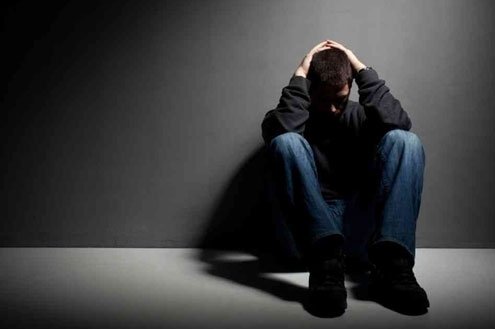 he first line I often hear from patients is that they’ve been diagnosed with clinical depression at some point. I usually keep quiet until I understand more. Still, my hackles go up. It’s not because of the patient telling me this — a poor victim of psychological reductionism — but because of the person dispensing this sort of nonsense.

The depression story I’m told usually contains something about chemical imbalance and genetic predisposition (“My mother was depressed, so I guess I inherited it.”)

Understanding depression is about understanding psychological suffering, which doesn’t lend itself to simple explanations.

Yes, of course, the brain functions differently when you’re depressed. If a rattlesnake enters your room your neurotransmitters will very likely spin into overdrive. If you learn a second language, your brain gets heavier, particularly in the language area. Or when you learn to play the piano, in the music area.

Everything we experience is filtered through the brain, so of course the brain functions differently if you feel depressed, afraid, suffer a panic attack or if your father dies. Baby monkeys’ brains, for example, begin to function like those of depressed humans if they’re deprived of their mothers.

More interestingly, if a baby is interacts primarily with a depressed caretaker, whether biologically related or not, the baby’s brain will begin to function like that of a depressive adult. Why is that? Well, a depressed caretaker often responds in a lower register of excitement to the baby’s thrilled interactions. If the baby looks at mummy’s face and opens up in a big, wide-mouthed smile, beaming with pleasure, and Mummy — deep in her sadness — looks back with a half-hearted, drooping, “Hi honey,” or fails to respond at all, the infant will feel the need to try harder and harder each time to get her attention. Soon, the baby’s brain, in neuro-chemical terms, functions just like that of a depressed person. The baby is still just a baby. Later, many may say the child has “always been that way.” They’ll note the child’s mother was depressed and call it genetic.

A word about genes: Nothing exists out of context, even genes. We know that if the mother contracts a disease or takes a damaging medication during pregnancy a baby can be born with a birth defect that wasn’t in its genes. Even perfect genetic predisposition can’t prevent some physical abnormalities.

So, if it isn’t genes, what causes depression?

Psychologist George Atwood says it’s all about the “depressing things that happen to us.” But that’s only the beginning of the story. Depressing things make us sad. Sadness generally turns into depression when no one around the sufferer cares enough to acknowledge the hurt and let the person express his feelings. If someone important to us dies when we’re children, we need someone else to understand our feelings. We need safe arms to hold us while we cry, perhaps mourning with us. We need good explanations for what happened. We require acceptance and the soothing of all the complex and contradictory feelings that accompany the event. If we can properly mourn in the company of an understanding adult, loss will rarely lead to long-term depression.

But loss isn’t the only depressing experience humans face. Abuse is among the worst. It can range from enduring ridicule and insults while growing up to the most extreme forms of physical and sexual abuse.

Some of it is subtler, more common, and less recognized. Some people grow up feeling they must set aside deeply held feelings, beliefs, dreams and interests to maintain a needed tie with a parent or similarly important figure. Among mammals, humans are born extremely vulnerable. They depend intensely on love and interaction throughout their childhoods, and to some extent throughout their lives. If their early experiences suggest that love is conditional, and if the condition is that they must be something they’re not, they will surrender their true selves in order to maintain that tie and preserve the illusion of love.

These people feel that they’re fundamentally bad. They need to keep trying to be what their parents consider “good” — whether it’s good athlete, good student, devoted son or daughter, self-sacrificing, smiling, never angry, never sad. Since these efforts may actually succeed in generating a semblance of love, the people who worked so hard to get that love are unlikely to find anyone to understand their pain, since it will seem like they have it all.

Even seemingly milder problems can lead to depression, including being pushed to grow up too fast (demanding that a kid be more independent usually backfires) or always exhorted to “get over it!” These kids, as adults, won’t be used to the idea that feelings have importance. They will try to stifle them until they go underground and ferment in a vague sense of badness and depression.

Is it all the parents’ “fault”? Sad to say, parents in these cases are often casualties themselves, victims of their own lost childhoods and inexpressible feelings.