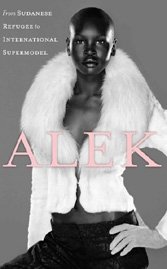 tanding 6-foot-1, with long braids and skin the color of strong coffee, I’m about as different from the Italian woman as they come.

My uniqueness brings a curiosity, ironically making me more cognizant of my black skin tone while living in a country where race is less a factor than in the United States. As an African-American woman in Italy, I’m stared at constantly, flirted with shamelessly by Italian men who consider me exotic, ignored by standoffish Italian women who perceive me, like most foreign females, as a threat and am unable to blend into a crowd.

But for the first time in my life, I feel like I entered the game on an equal playing field. When I moved here a year ago there was no need to work my way up any kind of social system, to prove that I belonged. Being an African-American woman in Italy isn’t two strikes against me. If anything, it’s two for me.

The perception in the United States is that Italian men have a thing for black women. That may be true. While I enjoy the increased attention I receive here at times I feel weighed down by the sexual stereotype of being easy because I’m a foreigner and even more so because I’m a woman of color, the latter reinforced by a Caucasian male in March. As I ate lunch alone I couldn’t help but overhear the white American male shoemaker speaking loudly to an Italian male shoe store owner at a nearby table. The shoemaker used sex to pitch his wares, telling the married Italian man that single women buy shoes with sex in mind. “They say, ‘I’m buying this shoe for Saturday night. Saturday night I want to get laid.’ Many girls in America, especially Hispanic and Afro-Americans, are like this. They’re our customers””

I listened to the shoemaker make his degrading pitch for a few more minutes until finally I could take no more. I walked to his table, apologized for interrupting and told him how I, as a black woman, took great offense to what he told this Italian man, that everyday I live in Italy I fight a stereotype that all I am out for, as a black woman first and as a foreigner secondly, is sex. The two men listened to me and afterward the American, who told me he is Jewish and lives in the ritzy Bel Air section of Los Angeles apologized for offending me and unsuccessfully tried to defend himself.

As I walked out of the restaurant, another American male patron smiled and applauded me for speaking up. I don’t know if the shoemaker’s opinion of women of color or his sales pitch will change but at least he knows my point of view. And I hope that the Italian man, who said nothing throughout the man’s demeaning sales pitch or my rebuttal, won’t look at women of color and think we want a sexy shoe because we want to get laid.

In Los Angeles I was sometimes ignored by salespeople and overlooked by bartenders while Caucasians around me were quickly waited on.

I was often the only dark face covering high-profile celebrity events and publicists meeting me for the first time would look right through me, until they found out I worked at USA Today and People. Then they fell over themselves to assist me. I haven’t encountered any such attitudes here. A few months after I arrived in Florence I struck up a conversation with a white American woman at a bar. She commented what a difficult time I must have living in Florence because even she had been treated rudely in stores. I sweetly said, “I’ve been treated very well because I carry myself with respect and dress like I have class.”

Most of the Africans I’ve met here assure me that Italians are racist but that I am granted an automatic level of respect because I’m from America. I’m sure there’s some truth to that, although often I’m mistaken for being African by Americans, who compliment me on my English skills, by Africans who speak French to me and don’t immediately realize why I can’t understand them, and by Italians, who are surprised when I speak Italian with an American English accent.

What I’ve found is that Italy is not so much about color as class. My dark skin will always be what people see first, no matter what country I live in. These days it’s most refreshing to live in a place that doesn’t distinguish between light and dark skinned blacks as we do in America. The standard of black beauty in the United States is still the biracial Halle Berry, the honey-colored Beyoncé Knowles or the girls in Outkast’s “Hey Ya” video. American men, no matter their race, aren’t exactly oohing and aahing over Sudanese supermodel Alek Wek. Here, a woman of color is considered bella, regardless of her shade.