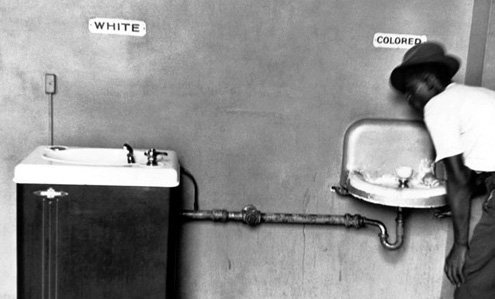 I can’t date a guy who’s black. My dad would kill me.
M

y niece Hope called me last Saturday afternoon. She does this when she’s bored, calls me in New York City. She always thinks I’m doing something exciting. I was sweeping my kitchen floor.

“Oh, not much. You know. Nothing happens here. Same old, same old.”

Hope lives in a suburb of Dayton, Ohio in a cul-de-sac of look-alike houses just off the I-70 freeway, a 5-lane thoroughfare used to run goods up the midsection of the country. She is one of three kids, attends Catholic School, and even when she’s not in a uniform, her shoes always match her blouse.

In common with most kids pushing 16, Hope wishes she were anywhere else other than stuck at home. She spends her time brushing her hair, applying makeup and texting her friends.

“What’s happening at school?” I ask, “Any guys you like?”

She’s quiet. She’s wondering how much to give away.

“Well, maybe,” she says with a secret smile visible through the phone.

“Well, there is a guy at school I text message a lot. Actually, all the time.”

She’s quiet. She’s testing my response before she says more.

“So what?” I reply casually

“I can’t date a guy who’s black. My dad would kill me. There’s no way. Anyway, I already told him I couldn’t. He asked me to be his date for the Spring Dance and I said ‘no.'”

“Yeah. He did. I just told him my dad has guns. That pretty much says it.”

“He freaked out when I said that, you know. We were talking at my locker and he walked off. He said he didn’t want any trouble. I felt bad. I told him I was just kidding. I was. Sort of.”

I struggled with my gaping jaw for an age-appropriate response.

“No, and I can’t tell them. Not after what I say about the black kids behind their backs. I’d never live it down.”

I am quiet, and she starts to spill her conscience.

“Most of the black kids talk back to the teachers like ‘I ain’t doing that work over again. You just try to make me.’ And the teachers don’t do anything because they’re afraid of being called a racist! They let them get away with this. It happens all the time. It makes me sick.”

I interject, “That says a lot about the teachers. It’s their job to set a standard and to keep everyone to them.”

“I’m just glad I’m in the honor’s classes because it’s all white kids. There are never any blacks in honors so I don’t have to put up with them.”

I am nearly speechless. I feel like I’m talking to America, circa 1950.

“And what about this black guy you like,” I venture, gathering composure. “How is he so different?”

“Well,” she says, slowing and considering carefully, “He’s a bit of a bad boy and he thinks I’m cute. Plus, he’s a senior. It’s super cool to like a senior.”

“Nah, I’ll just keep texting with him. It’s fun and my dad will never know. I’d never do more than that.”

As the conversation wound down I found myself looking outside my Brooklyn window at the streets below: black faces and white, Asian and Hispanic. These are the people we call neighbors.

But Hope isn’t in Brooklyn. She’s very much in Ohio.