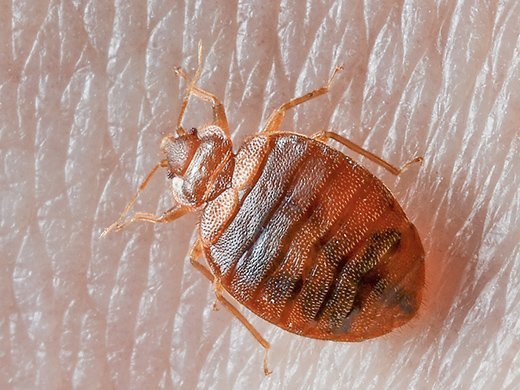 Going to bed can lose its appeal if you're not alone.
I

knew there was trouble the moment I read the email from my apartment building management.

Bedbugs had been found in my neighbor Julie’s apartment. All units would now need to be inspected as a precaution. But a small detail loomed large: the bedbug notice reached me not long after the people who lived next door had given me their queen-sized mattress.

Soon after accepting the gift, I’d started noticing something strange, and the coincidence didn’t bode well.

My neighbors had bought the mattress recently but later decided to move to to Florida and determined it was too bulky to take with them.

My own bed was lumpy and in need of an upgrade. So on the day they left, their bed became mine.

The thick and double-stitched Posturepedic mattress was a major improvement. Seeking to give it my own touch, I bought a new pad, fresh sheets and plush pillows. When I made up the bed, it looked grand and I was eager to test it out.

But my first night was difficult. The bed was hard and the new pillows put a crick in my neck. Even odder was finding itchy spots on my arm the next morning. I suspected mosquitos and went on with my day.

But as the weeks progressed, so did the itchy spots. They appeared on my neck, back, and legs. I feared the worst and called the exterminator.

Wearing a starched uniform and carrying a bag of repellents, the exterminator stripped my bed of its linens, turned it upside-down and examined the corners and tufting. But in the end he couldn’t figure out what was biting me. One thing he was sure of, he said, was that bedbugs weren’t to blame.

Bedbugs are avid travelers and hitch onto clothes and fabric. Worse still, they are very hard to detect and eradicate.

I sighed with relief.

But soon thereafter, I learned that bedbugs can be hard to find. They are avid travelers and hitch onto clothes and fabric, moving from place to place.

They’re so common in New York that the city rates the most infected neighborhoods along with an online bedbug registry where you can post your infestation.

Bedbugs are notoriously hard to eradicate as they can live more than a year without a host’s blood. Stranger still, not everyone becomes a host and shows symptoms, even those sleeping in the same bed. Some are bitten while others are not.

When the building conducted its comprehensive inspection, the exterminator arrived with a surprising tool: a dog. As the beagle sniffed around my bed, I waited for a bark of confirmation. I hoped the dog would find something to help me solve my mystery. But the canine raised his nose, wagged his tail, and left. Nothing. The second inspection confirmed the first and I was flummoxed.

As a last resort, I headed to a dermatologist’s office. I showed him my bites, eager to hear his professional opinion. “What you have,” he said after a careful examination, “is consistent with bedbugs.” He’d seen countless cases over the years, he added, and had no doubt about mine. “But you’ll need to find an insect to be absolutely certain. That’s the only way.”

Had the exterminators missed it, and the dog too? Was the dermatologist right? I’d have to find out myself. So I set out to dismantle my bed one more time. Off came the comforter, bed linens and the new pillows. I also removed everything from underneath the bed and examined it closely.

I then came to the dust ruffle. Bingo. In the folds of the fabric was a tiny red insect, flat and filled with my blood. Deep in the seam was a nest of 20 eggs, incubating. I had finally found my culprits. Confirmation at last.

I’d love to say the discovery marked the end of the ordeal, but it didn’t. Now that I’d found them, I faced the difficult task of getting rid of them.

For help, I turned to my neighbor Julie who was busy bagging up her clothes. It turned out she also received a mattress from the neighbor, a smaller one for her daughter. What had first seemed like a coincidence was no longer so strange.

Though they were given to us without malice, the two mattresses had given us both far more than we’d ever bargained for.

The mattress I saw as an upgrade had come with uninvited guests that had made my home theirs. No matter how painstaking, I’d now take pleasure in evicting them.