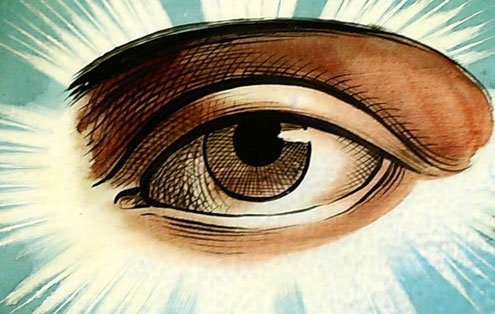 All knowing, all seeing, all questioning...
F

abio and I were sweating bullets as we waited to meet with our parroco, or parish priest. This was the third priest meeting in marriage preparations that had taken months. The others had been tough, but this one was something else.

We’d attended our pre-marital “course” and met the priest from the parish where we’re scheduled to marry. Now we faced the neighborhood priest, Padre Alberto, for the final okay. After digging up the necessary paperwork, we finally scheduled an appointment.

Though we had three weeks to prepare, we hadn’t thought what to tell him until too late. Would we mention that we’d been living in sin for three years?

Our closest friends recommended a little white lie: Say you live in the same building.

“Who would buy that?” I thought.

Technically speaking it was feasible. By chance our condominio spills onto two streets, so we have two addresses. When we finally filled out the forms, Fabio was that boy who lived on Via Coppola and I was that girl who lived on Via Cervialto.

But what difference would it make, I wondered, if we just told the truth? What couple doesn’t live together before marriage? Aren’t conventions that frown on it a little outdated?

Our friends convinced us otherwise. They pointed out that the priest preparing their confirmation had stopped everything when he learned they were living together. They had to produce a slew of “Vatican” documents to go ahead with their Catholic wedding.

And we’d come so far… my Baptism, my communion, our confirmations and our corso prematrimoniale. Why mess up the last step? Believable or not, we decided on the same-building story. Gulp.

Fabio had been asked to produce a stato libero ecclesiastico, a religious document necessary for anyone who was born and has lived for more than 16 years in a city other than the one in which he now resides. Without the document, the parroco would need to meet intimate friends to fill in the gaps. Poor thing.

After Padre Alberto interviewed our friends to his satisfaction, he finally gave us the green light for a direct meeting. But first, his secretary had a few questions regarding our… addresses. Did they connect to the same building? “Yes,” I told her. I decided to stick to one-word answers. Anything drawn out felt guilty.

Once in his office, he briefly explained that he’d be talking to each of us separately. Who wanted to be first? I volunteered.

As Fabio left the room, he told me “Okay, Nicole now listen. Don’t cry, okay?” The parroco looked worried. Why would she cry? Fabio laughed. He’s a jokester. “She’s just a big cry baby and everything makes her cry.”

Padre Alberto began firing away. Some of the questions threw me. Was I marrying Fabio against my own free will? Was there anyone who was forcing me to marry this man? Disturbing stuff. Italy is a civilized nation. Are there really women marrying in the Catholic Church against their will?

Were we relatives? he asked. No.

Then came a speech about the meaning of marriage. To have a family, of course. He picked up the pace. Did I want to have kids? Would I raise them as Catholics? Did we live together? Bam, bam, bam.

He looked at me sternly. I shook my head no and blurted out “Yes” to the living together part.

“Is that a problem, Father?” I asked. At that point I wished I’d stuck to the original plan. How could I now tell Fabio not to lie?

“No, but…” and he gave me the rundown about living in sin and why the Catholic Church didn’t approve.

He drew a diagram. “You know, sex is really meant to create babies and isn’t intended for pleasure. And many couples use things like condoms and birth control pills to prevent a natural step of life. You know what the Church’s position is on this right?”

I started to panic. I worried we were headed for the birds and the bees. I wanted to say, “Listen buddy I already had this talk with my mom ages ago.”

At the end of the “interview,” he made me promise that we’d live as brother and sister, platonically. If all else failed, we’d have to go to confession. Okay.

Next came Fabio. Knowing that the good father didn’t speak a lick of English, I tipped off Fabio in the hallway “We leeeve too-gedder for tree yeers.” He looked confused. I felt I’d given a classmate a final exam answer. I prayed he understood.

When he came out, he gave me his sheepish, boyish grin. I knew we’d passed the test. Just like in high school