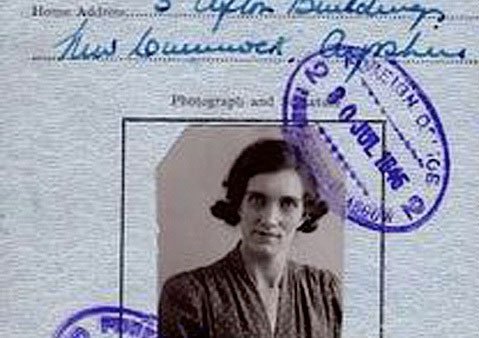 No more smiling, please...
I

’ve always enjoyed ribbing my long suffering husband about the archaic Italian passport system, which involves him trotting off to the police station every now and then, and paying some exorbitant fee to have one of those bolli that the government here is so fond of, stamped onto one of the pages. It’s a bit like having to pay a tax to leave your country, I tease — a favorite ploy with many a developing nation, as we found out once trying to leave Mexico, with barely a cent between us. Annoyingly, the boot is now well and truly on the other foot, as I discovered to my cost when I went to Rome last week to renew my own gloriously bollo-free British passport.

To be precise, I was also organizing new passports for my two eldest children, aged 9 and 11, as, unlike the Italian system, which generously allows offspring to remain on the parent’s document, British rules now demand that everyone has his own.

At a quick €92 per passport — €142 for adults — that is a travel tax worthy of any Third World regime. The inflated cost, it emerged, is partly dictated by what turned out to be the second nasty surprise of a long and complex business. British passports have gone biometric, meaning that all new travel documents have a micro-chip containing unique physiological characteristics, together with other information which shows up electronically.

Civil liberties groups have made much of the fact that these electronic passports infringe our human rights, warning that the trend will eventually lead to a global database, with governments free to monitor the movements of individuals, wherever they may be. Personally, I am rather more irritated by one of the main reasons given by the UK Passport Service for introducing biometric documents — to enable British citizens to continue visiting the U.S. without a visa. Loosely translated, this means that the U.S. has demanded micro-chipped passports, so we all have to jump, poodle-like, through the same hoop.

But leaving aside the ethics of it all, the shenanigans involved in getting one of these e-passports are quite something. First step, get your photographs. Not just any old passport-style photograph, but two color photos, taken within the past month, in which — wait for it — the head must take up at least 29 mm, but no more than 34 mm of the available height. While you are sitting miserably in the booth trying to arrange all this, you must also remember to keep your mouth closed, make sure you have no wisps of hair across your eyes, check that there is no glare from your glasses if you wear them, and that there are no shadows, oh yes, and that you are facing the camera full on, and that your eyebrows are not raised too far, and whatever you do, don’t smile or frown, or you’ll have to start all over again.

To help you with this daunting task, the passport service offers a very p.c. line-up of good and bad photos on its website, featuring every possible type of British citizen – the granny with her glasses partially covering her eyes — bad — the somber-looking middle-aged man — good — the heavily veiled Muslim woman — bad — and the bewildered looking baby.

That reminds me of another idiotic British rule which demands that even newborn children must have their own passport, if the parents want to take them out of the country. The bird brain who thought this one up has clearly never tried to get a newborn infant to pose for a photograph. Unfortunately, I have, and my abiding memory of the immediate aftermath of the birth of my youngest daughter — born in England so that I could swear in my own language — is of trying to organize the documents to enable us to take her back to Italy. To cut a long and exhausting story short, it involved driving miles to a passport office in Wales, and spending the best part of a morning in an overheated photo booth at the local Tesco supermarket, vainly trying to persuade the two-day old infant to keep her eyes open while the camera flashed, at the same time endeavoring to ensure that my own hands were not visible. Some considerable time, and about £40 in coins later, we finally emerged triumphantly clutching the photos, and a by-now screaming child.

Of course, the monkey-faced infant in that picture bears absolutely no resemblance to the little girl she has since become. And to be honest, she’s not really terrorist material, however trying she can be at times. Still, I suppose the whole exercise helped fuel the British exchequer and keep Blair in with his mate Bush. Suddenly, those bolli don’t sound so bad after all.