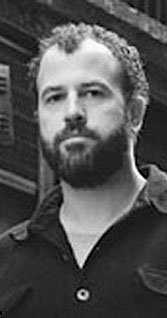 A million shattered pieces for James Frey.
I

am a writer. The quality of my work is irrelevant to what follows. Years ago, colleagues asked when I’d write a novel. It was assumed that all writers wrote in the service of novels. Fame’s names, among many, were Joyce, Rand, Bellow, Mailer, DeLillo. Some writers can’t live without comparison.

I spurned writing a novel for a practical reasons: I didn’t have one in me. My characters were skewed versions of myself, which can’t carry a reader for more than two pages, let alone 200. I had no desire to mar my short essays by imposing on their brevity.

But the choice was always mine. My worst writing was also my most sincere. It was a hard trap to sidestep. I often fail.

I am not a gifted reader. I have read important books and combed through many first novels, fascinated and impressed. I read attractive passages that I wished I’d written myself. The paragraphs of others often make me swoon.

At times, I consciously borrowed styles make them mine. Reading great writers can stimulate imitation, a useful protocol. You can briefly think you are someone else, someone greater. It’s a sharpening tool.

My observations come following a series of disagreeable lies in the service of fantasy. Fantasy is surely intrinsic to literature. Stealing, however, is not.

Let’s look at that for a moment. A man who has suffered terribly as a drug addict writes a largely fictional account of his rehabilitation, “A Million Little Pieces.” He knows it’s fiction but decides it stands a better chance peddled as memoir. Deceitful pragmatism. This doesn’t stop him. He convinces a talented editor, Nan Talese, that his is an “actual” memoir. Since Americans are addicted to what they think is fact, the book soars.

Maven Oprah Winfrey calls it a marvel of realism and starkness. He is interviewed and attains celebrity status, America’s 51st state.

The scam collapsed when a muckraking blog – the vigilante snipers of the age – reveals that much of Frey’s “fact” was at best extrapolation. He wasn’t where he says he was; he didn’t meet whom he says he met, and so on. Frey, however, refuses to apologize. He harps on misunderstanding and rues his mental state. Perhaps, he says finally, he should have followed his instincts: to sell fiction as fiction.

It is a crass admission to say the least.

Next came teenaged Harvard student Kaavya Viswanathan. Her case is was more egregious. Viswanathan wrote a confessional novel, “How Opal Mehta got Kissed, Got Wild, and Got a Life.” The booming genre, glorified gossip set to words, is booming (“Opal” is part of a two-book, $500,000 deal with Little, Brown). That she was an attractive Indian-American woman and an Ivy League student also helped.

Her was worse that Frey’s. Lengthy passages of the book, the Harvard Crimson noted, “bear a striking resemblance” (the language of cautious rectitude) to the “Jessica Darling” serial novels by author Megan McCafferty.

I read the contested passages. They do not “bear a striking resemblance,” they are stolen passages, slightly (and inelegantly) paraphrased.

Viswanathan, unwilling to make Frey’s “who, me?” mistake, confessed, albeit obliquely: she was so affected by McCafferty’s writing that she unconsciously included segments in her text. She didn’t mean it. Misunderstanding was mentioned, so was pressure (James Joyce was also under pressure; he was going blind). “I wasn’t aware of how much I may have internalized Ms. McCafferty’s words.”

But it was neither misunderstanding nor naiveté, instead capricious deceit rationalized. Whether the deceit was Viswanathan’s or her handlers is secondary. She transmitted unearned thoughts as her own.

“Unconscious” imitation occurs rarely in fiction, a deeply self-absorbed form. Journalism by contrast depends on such imitation. Information is often shared, so is the approach to it.

It’s not always so tawdry. In 2002, Nick McDonell wrote a striking first novel, “Twelve,” while still in his first year at Harvard. The originality was his alone.

Ambition cometh before the fall. Delusion is a symptom. So is bemoaning pressure. With apologies available to all, lying is easier, tempting craft with shortcuts.

Consider a Pole named Józef Teodor Konrad Korzeniowski, a chronic depressive who wanted to write. He learned English only his 20s. His first novel came in his mid-30s. Only after that did Joseph Conrad stake his claim.