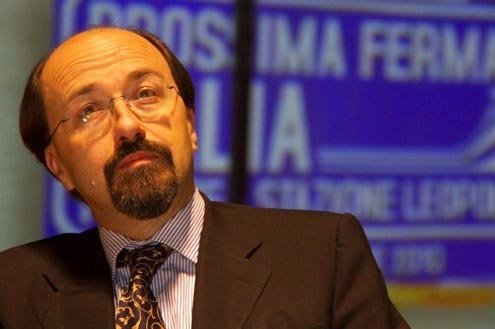 Bill Emmott has the bad habit of seeking out commentators whose opinions he shares.
I

Though widely seen as yet another attack on former Prime Minister Silvio Berlusconi, the film is in fact a broader attempt to describe Italy’s decline. As narrator and protagonist, Emmott dwells less on how much he dislikes Berlusconi and more on his affection for a country he compares to the comatose girlfriend in a 1987 song by The Smiths.

Italy may be in a coma, but the film is hyperactive. Emmott flits from Turin to Taranto. He uses his bully pulpit for broader musings on the economic crisis, Italian capitalism as a bellwether for both European and global capitalism. Chapters cover problems so well known they’ve become platitudes: a muzzled press, organized crime, undervalued women, and crumbling monuments (the list goes on). The familiar malaise pushes both director and narrator onto well-worn paths that blind them both to irony and deeper questioning.

It is odd to see carmaker Fiat celebrated. Gianni Agnelli’s machinations were a poster child for the morbidly symbiotic relationship between Italian business and politics that played a major role in poisoning the country’s economy. Not only that. The film cheers the likes of Fiat and Ferrero while also devoting a chapter to the Diaspora of young Italians whose opportunities have been killed by the revered nepotistic business model those two companies represent.

Thanks to his Economist years and his ability to defeat Berlusconi’s two libel suits against him, Emmott is something of a celebrity, if not a hero, among well-educated Italians who regard the Anglo-Saxon press as a precious mirror. Emmott interviews dozens of these Italians: intellectuals, judges, ministers, cosmopolitan business leaders and activists — the kind Berlusconi and his followers detest. He also talked to outgoing Prime Minister Mario Monti. Berlusconi himself offered to meet Emmott, but then reneged.

In the end, despite the eminent interviewees, cute graphics, references to Dante, and recent statistics Emmott reminds us of the English milord on the Grand Tour.

He clearly enjoys himself. He is baffled by the contrast between Italy’s past splendor and its current squalor. Like 18th-century travelers, his description of Italy’s flaws has a moral dimension — good vs. bad.

For all his love of “girlfriend” Italy, Emmott seems disinclined to do much more than tell us her coma is worse than we thought. He doesn’t offer much in the way of a cure. And he seems to seek out commentators whose opinions he shares. Had Emmott and Piras — the longtime London correspondent for the Italian weekly L’Espresso — moved out of their comfort zone, they might have created a more complex, insightful, and ultimately constructive film. They might have upended platitudes instead of giving new meaning to “friends of Bill.”