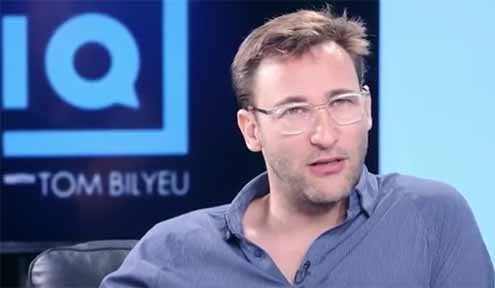 In his hugely popular Youtube comments on Millennials in the workplace, motivational speaker Simon Sinek had few kind words.
A

s part of society’s way of coping with its passage into the 2000s, a rather controversial term made its way into popular usage: millennials. Who exactly the millennials are remains a topic of considerable debate. Some identify the first generation of millennials as those born as early as 1976, others associate them with those born between 1990 and 2000, and still others place them somewhere in between.

In my view, the term doesn’t only apply to those born more or less close to the year 2000. The way I see it, millennials are better defined in terms of their familiarity with digital technology, not only in terms of work use, but actually growing up in an environment in which tech belongs to all aspects of the domestic sphere.

From this vantage point, millennials are the heirs of the so-called Fourth Industrial Revolution, namely the digital revolution. For context, the Third Industrial Revolution is acknowledged as ushering in electronics and automated production in the 20th century while the First and the Second are related, respectively, to the introduction of steam power and the use of iron (late 18th century), and the advent of the railroad, steel and electricity (19th century). Based on this pattern, it makes little sense to place the birth of the first generation of millennials as born before 1990.

The effect of digital technology, especially smartphones and social networking, on the cognitive development of millenials is a scalding topic. Some studies have concluded that constant connectivity has an addictive side, with endless cyberspace interchanges releasing dopamine, a neurochemical usually associated with alcoholism and drug addiction. In January, British-born motivational speaker Simon Sinek added fuel to the fire when he talked about millennials in the workplace in a Youtube video. He underscored millennial narcissism and insecurity, precursors, he insisted, to personal unhappiness. “You have an entire generation that is growing up with lower self-esteem than previous generations,” said Simek, whose controversial talk has so far reached more than 80 million Youtube viewers.

I’m not a neuroscientist or a motivational speaker. I am however an experienced educator who has taught at academic, high school and middle school levels in Italy. As such, I feel the need to add something quite specific to the debate.

I need to start by underscoring the extent to which the use of the English language is limited in Italy. Among Europeans, Italians are notoriously recognized as struggling with English. Part of the reason is in the deeply rooted tradition of film and TV dubbing. It’s an entrenched and highly professional industry. As a result, Italians hear only their own language. English is studied at school but seldom practiced or listened to systematically.

Two years ago, I was offered a job teaching middle and high school students for the international program of the Model United Nations, which simulates the UN for students. I was required to teach the history and structure of the United Nations as well as offer classes on human rights, public speaking and paper writing. There was one mandatory request: all classes must be taught in English.

I laughed. I had previously worked as an English teacher, and I had experience as a university level lecturer. English had always been a huge problem. I prepared myself as best I could, ready to provide Italian language clarifications if necessary.

For once, I utterly mislead myself. I was both deliciously wrong and pleasantly surprised. Since I began teaching two years ago I have yet to meet students unable to follow my classes. They may be more or less fluent in English at a conversational level, but they are perfectly capable of following a three-to-four hour session in English on complex topics.

Why this prowess? I’m convinced it has a lot to do with the much-maligned “millennial approach” to social networking. English is the internet’s prevalent language. Kids are constantly sharing memes, news and information sources in English. As a result, English has become far more natural. As older generations fret about these kids’ abilities to cope with “real” world problems, Italian millennials have developed an enviable ease with English that previous generations never had. I’ll save the matter of smartphone addictiveness for another time. What I can say for now is that thanks to social media exchanges (there’s no dubbing on the web) Italians are finally paving their way toward bilingualism. And that’s no small accomplishment.