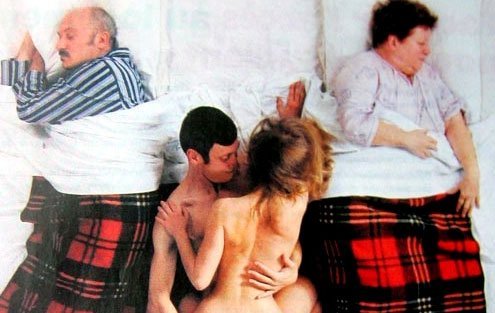 Who needs self-sufficiency?
A

couple of months ago an American TV network interviewed me for a story about “mammoni,” the “mamma’s boy” phenomenon of Italians lingering at home indefinitely.

I’ve lived in Italy for nearly a decade, and the reporters said they wanted an “American” perspective. Part of me thinks their curiosity was piqued by my having married an Italian man, a sort of ex-mammone.

The problem, I replied, is both cultural and financial. Economically speaking, most young adults with jobs can’t afford to live on their own. Italian salaries are low, particularly when compared to rent and cost of living expenses in a city such as Rome.

If forced to survive on my salary, I’d probably need to get a roommate or move into a tiny flat, I told her. Marriage helps.

It’s no surprise many young Italians live with one roommate or more, or just decide to stay home. If they live in the same city as their parents, it’s usually the latter.

The other problem is that Italian parents aren’t exactly pushing their kids to get that first job or a taste of responsibility. A recent study suggested 59 percent of all Italians between 18 and 34 still live at home (the European Union norm is 29 percent). Culturally speaking, an Italian mother would never tell her 18-year-old, “Either get a job or you’re out of the house!” Instead, most Italian parents prefer to support their children through college — or until he or she lands that “big” or “dream” job, which unfortunately often never comes. As a result of the waiting (and the lack of prodding), a generation of over-grown kids knows only home, unaware of the basics of self-sufficiency.

The United States promotes a completely different approach. By and large, teenagers itch for part-time jobs to win economic independence, and the freedom of action it implies (admittedly, the recession hasn’t helped).

I remember the looks on the faces of my Italian husband’s family when I told them about the job I held as 16-year-old, working part-time in a sub shop making sandwiches. Since the “submarine” sandwiches don’t exist in Italy, the closest thing I could think to tell them was that I worked in a paninoteca, the Italian for sandwich shop. After school, I basically flipped burgers and made grilled sandwiches like the guys at the paninoteca concession stands do in Rome. They looked mortified. “You mean like the Bangladeshis?” In Rome, many lunch-truck guys are from India or Bangladesh.

Just for kicks, I also told them about my second and third part-time jobs, which helped pay for my gas money, car insurance and entertainment. I worked at Dairy Queen and later at a shop similar to Starbucks. “You worked in a gelateria and then in a bar as a barista?” By the looks on their faces I could tell they were very confused. “But didn’t you go to college?” one of them asked.

They just couldn’t grasp why I’d take such jobs instead of just living at home and focusing on school. They also couldn’t figure out why my parents weren’t subsidizing my teenage life and college years.

I began a long explanation about the importance of work, even if it meant taking a temporary, non-dream job. Temporary meant temporary, I told them; a means to an end, a way to earn some money, a strategy to help build up a résumé.

“That’s the point that’s missing here,” I finally told the journalist. It’s not that there aren’t jobs in Italy, just that many young adults (not all) refuse to take just “any job” because they know mother will always be there to support them.

Ignazio La Russa, the country’s defense minister, proved the point by immediately ridiculing Brunetta’s suggestion. “I was at home with my parents until I was 27, when I got married,” he said. “I expect my daughter will do the same.”