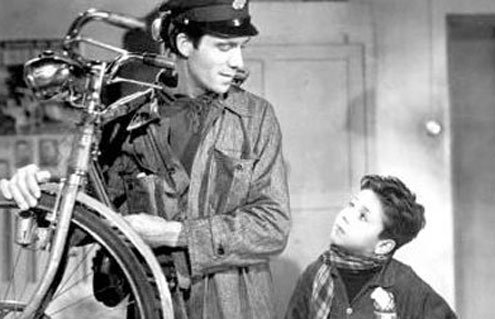 he nickel and dime borrowing of my American youth came with one of two caveats, “I’m good for it” or “I’ll pay you back.” In most cases repayment mattered less than the bond of trust between giver and taker. Problems arose only when you didn’t have a payback dime when one was needed. And if the dime happened to be a quarter, beware.

The difference between debt-ridden Italy and the United States can be framed in these boyhood terms.

The U.S. has borrowed many a dime and several trillion quarters, but debtors limit their admonishments. What the U.S. can’t give back in coin it returns in leverage. America still exports heavily and farms out zealously (hello, Apple and Gap). It also has a military that for better or worse protects considerable acreage in the western and eastern world, including patrolling shipping lines plowed by Chinese commercial vessels. The world’s major players can’t put debt ahead of influence.

Italy’s situation is precisely the opposite. A newcomer to the gaming room, it borrowed euphorically, star-struck by its ties to a magical Europe that was seen as sustaining all ambitions and magically righting all wrongs, with Germany and France putting backbone into a jellyfish. What Italy couldn’t cover, ever-expanding Europe could. Even when racking up debt, Italy could be included in the European, and global, apparatus. Though chronically bad management led to occasional rebukes, bond income helped repay interest and paper over lost tax revenue. Global economic expansion driven by domestic influence peddling put the cart before the horse.

Now, as panicked borrowers and European overlords insist on repossessing the Italian cart, they’re stunned to discover what they implicitly knew all along: the cart is broken and the horse is lame. With the nickel and dime flow in jeopardy and Italian bonds spurned as trash, the political system that helped built the house of cards is seeming to come unraveled (seeming is the word).

A country that embraced the euro to put a seal of approval on middle class affluence and entitlement is now being asked to pinch pennies, or else. But it’s one thing to demand austerity of populations that have yet to know conspicuous consumption — Hungary and Romania, for example — quite another to demand them of a population, Italy’s, that long ago considered itself out of the postwar woods and in iPod heaven.

Austerity is a dirty word in a country that was semi-poor until 1960. If you have any doubts, go see a neorealist film. Widespread Italian affluence remains in its infancy, which explains why some political leaders, including former magistrate Antonio di Pietro, feel comfortable bashing the idea of technocratic governments and belt-tightening: “The weak shouldn’t be used as slaughterhouse meat to square budgets.”

That line will resonate in the weeks and months to come.

My nickel and dime youth was purer. You paid or you didn’t, with the latter potentially producing a beat-up. The adult world is more mischievous and equipped with instruments of fake lenience, since bailouts represent additional indebtedness masquerading as generosity.

The sad truth of Italy’s situation is that the country lacks the candor and clout necessary to reassure anyone about its follow-through. Dubious leadership isn’t the issue. Italian bureaucratic culture equates arousing rhetoric with currency and fails to understand the explosive resentment of those who won’t see words as deeds.

For a decade, Europe covered Italy’s shortfalls (while Italy groused about the euro). Now it wants the application of an Anglo-Saxon framework and imagines that the presence of an economist like Mario Monti will help Italy reform. But Monti alone can’t assure a wholesale resetting of workplace norms, nor the implementation cultural and education revisions that emphasize civics — not when culture has been de-emphasized and education cuts are an austerity norm. The paradox is painful but real.

At the worst possible time, a large number of people have concluded that Italy is good for nothing except pretty products and ruins, neither of which placates financial hemorrhaging. A former U.S. ambassador to Italy, Florida shopping market tycoon Mel Sembler, often privately cautioned American investors to stay away from business dealings with Italy. It had no climate for business. Loving Italy and loving risk were two different emotions.

Though blame for the ongoing chaos lies in part with Italy, another piece lies squarely with Europeans for choosing to imagine it into something it’s not, and letting the fantasy endure.