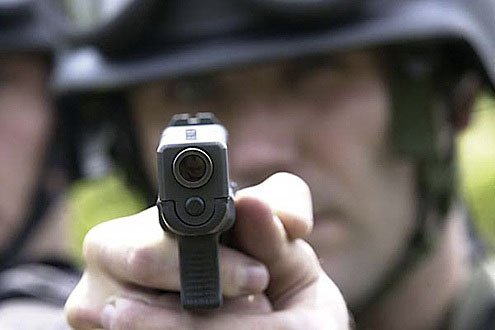 Brazilian Jean Charles de Menezes, 27, was shot and killed by London police in a "tragic accident."
I

nstitutional anger in the name of a threatened state has long been the most inviting and the least desirable response by authorities in a serious crisis. When an emergency takes on its own momentum the first losers are invariably personal dignity and civil rights.

Officials in London, which follows New York City and Madrid as an urban terrorist venue, have so far resisted the tabloid temptation to indulge rage and vilification — although the murder of a dark-skinned Brazilian man who fled city police underscores the potential for catastrophically volatile responses.

September 11, spectacular in conception and execution, and the Madrid train bombs of March 11, 2003, lethal and precise, were one-time undertakings. Sharm al-Sheikh was a target of opportunity. More random bombings lie ahead.

But the London campaign is more ominous.

It is a systematic effort to create the conditions for self-fulfilling ethnic division in the only democratic, multicultural nation to have aligned itself politically with the uncompromising American response to September 11.

Moreover, the British Muslim community from which the bombers emerge is vast and variegated. Efforts to isolate or stigmatize it would represent a separate suicide since a modern city’s cultural vibrancy depends on reducing alienation, which is difficult even in serene times. Damage the fragile bonds that bind ethnicities and bigots can later choose to terrorize — behold the Balkans. Weaving quick-fix rules from emergencies insidiously emboldens those who believe rules exist for the toughening. Outrage and intolerance afford relief until they are relief.

I spent last week in Paris, like London a luminously multicultural city. It hasn’t faced urban terrorism since Palestinian and Algerian groups exploded lethal bombs in its Metro in the 1980s and early 90s.

The city brims with summer tourists and big-boned Parisians, who examined collectively seem oblivious to horrors abroad. France opposed the United States over Iraq and has never been a great lover of Israel. But Parisians are too intelligent to believe that such predilections alone will shield them indefinitely from incursions intended to fragment the West.

The largely-forgotten Algerian war of independence was a bloodbath the French finally resigned from in anguish, and the war of attrition between Islamists and the military in Algeria itself has claimed more lives since 1990 than the whole of the Arab-Israeli struggle in that time.

Which brings me to a proposal whose simplistic side has a purpose.

The Paris Metro, like the London Underground, is packed with young men and women with backpacks. Gym bags and backpacks, supple, capacious, sometimes unwieldy, have all but replaced briefcases and suitcases in the transit system. A central condition of modernity is the freedom to haul many things, some concealed, others exposed like fashion badges. Packs are the traveling kitchens of human accumulation.

The airline industry, contending with rising fuel costs and hijackings, picked up on the risk of portable baggage decades ago when it began screening hand luggage and limiting the size of carry-on items. Airlines had no wish to become a surrogate rail system.

So far, all the London bombers have been identified at one time or another as carrying rucksacks and backpacks, hand-held or larger, into the Underground. Though the actual explosives were wired to their bodies, support for these mechanisms (and who knows what else) was likely concealed, militarily, in what they carried.

If it is in fact time to crack down, why not place radically matter-of-fact deterrents ahead of tutorial ones?

Ban carry-on bags on city transportation for a month. Ban it all, categorically, except that which can be hauled in open paper or plastic bags. Enforce this ban by stationing officers to screen passengers. The experiment has the advantage of requiring little more than the naked eye. If you’re carrying a closed bag of any kind you do not enter. No exceptions. Subway trains, for a month, will do only what they were originally intended to do — transport people, not their things.

Commerce will suffer and citizens will balk (though not much, not now). They will not wish to leave luxury items at home. Shoppers will sulk, and walk more than they do in any event. Businessmen will need to keep their documents in an evident place. Digital equipment and computers will be left behind. Travelers seeking transport to airports will need to take taxis and airline buses.

It will be up to police to decide, on a discretionary basis, whether to search a man who wears a layered overcoat in August. It will also be up to police to spread their resources. Some chaos will result; checks of any kind deliver annoyance.

But a deterrent is its own reward. It exists to discourage the few from thinking they can indefinitely discourage and demoralize the many. Since suicide bombers are willing, even eager, to detonate devices they carry and hide, deprive them of obvious method.

Try it. Try it before the assumption sets in that black and brown faces are the hidden enemy and must be tracked. Try it before raiding homes and strip-searching suspect bodies. Try it before summary arrests open a backlash whose consequences will be felt long after Al Qaeda’s sun has set. Widen deterrence. Make it participatory. Give it a sense community. Open with gestures that affect all citizens. Beware patriotism that flashes a racist smile.

Ignoring the suggestion and others like it is foolish because while terrorism will eventually be extinguished, it is the means of its extinguishing that matters. If policing is accomplished through laws and toughness that exist, not the emergency kind, the reaction toward incivility can be shared by all who must endure these bitter times.