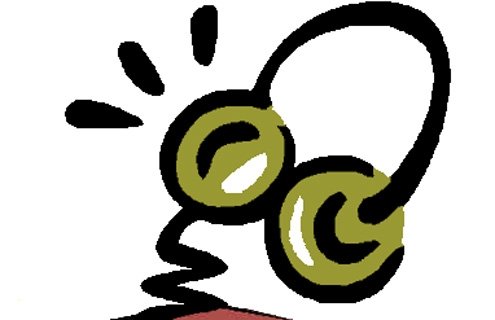 udio books are booming, ostensibly a shot in the arm for both books and the publishing industry. The written word is still in demand but better still if the written is spoken and recorded, book become at once lecture and private theater. It makes circle-squaring sense if you remember story telling was once oral entertainment as contained in poems and legends. A largely illiterate world hovered around campfires to hear yarn spun by the gifted. When organized language arrived, yarn-spinners became poets and writers.

Guttenberg put a fork in the road, ending the ephemeral and eventually producing suitcases of bound words. What was written down and inked gained primacy, leaving behind the many who still could not read.

Book reading became a largely elitist exercise. Literacy spawned books of all kinds, magazines and other forms of written amusement. Early audio books came as an outgrowth of radio, intended not for mass audiences but to serve the elderly or the blind.

But the formula is changing. People wholly capable of getting and reading books are choosing the allure of the campfire, anchored by the sound of someone reading them the words. It’s not so much the portable-ness of the spoken but the excitement and reassurance provided by ever-present voices – on planes, in cars, in bed. The updated campfire, more spread-able than ever, is a thrill, something to be received and treasured.

Yet a tiny devil lurks between the lines of this charmed success story, and his presence begs questions.

For example, to what extent is the new craving for audio literature the product of emaciated public (and private) speech? Has the abbreviated nature of scroll-and-tap smart communication, mum by nature, created a longing for fuller and more fluid sentences to make up for a weakness in increasingly fractured and non-fluid personal interchange? Do people crave ear-bud narratives because those around them no longer adequately know to transform speech into good conversation, whether casual or more layered? Has technology inadvertently moved full-bodied verbal eloquence to a back burner, making the need to hear good sentences all the more vital?

The oral tradition was passive. You listened, and perhaps heard and remembered. You received. The written word changed this recipient status. Reading unlike hearing required a more active and aggressive set of intellectual skills. It meant persistence, participation, second and third readings for clarity (and purpose), and demanded a learning to distinguish between the florid and the direct, the rhetorical and the subtle, the clear and the muddled. The reading process could be difficult and frustrating, words and sentences a form of higher mathematics, take philosophy, or impressionist painting, take 20th-century poetry. Underlining sentences sometimes felt obligatory, an active response to a remarkable line or set of lines, words to copy or to live up to. Reading was private, yes, but intensely participatory and fundamentally anti-passive. With reading, the campfire got fission, fusion and separation from the quaint.

It’s a nice thing to know that more and more people are listening to books all over the world. It’s engaging to see that well-known and gifted actors are now doing some of these recordings, adding star power to word power. The spread of literacy and literature in any form is cause for applause. Who cares, in the end, how words are consumed, so long as they are — and paid for? (publishers might add). Who care about the so-called “delivery mechanism”? If a drone works, why dwell on a postman, a milkman, a trucker? Why “inflict” burdensome nostalgia on evidently successful progress?

All of which hands the floor back to the devil, however tiny, and to French poet Charles Baudelaire, who saw modernity for what it was, insidious, and insisted the devil’s finest trick was in persuading the credulous that he didn’t exist. But he does exist, and reading Homer (not Simpson) is still more thrilling than simply hearing him out, because reading him the second time can seem to change the intent of the warriors, adding reflection and context, the between-the-lines mental fireworks that the spoken can’t help but omit.