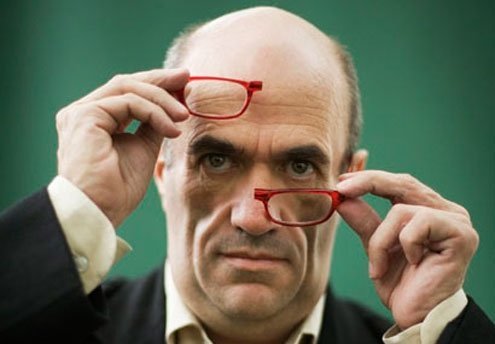 n “Brooklyn,” Irish novelist Colm Toíbín introduces Eilis Lacey, a young and innocent voyager who tells a tale of discovery, delusion, and determination while shifting between the author’s native Enniscorthy and 1950s Brooklyn. Though the book’s key events date back half-a-century they uncannily evoke the spirit of current global citizens, people who, like Eilis, discover that their emotional lives “belong” to more than one homeland.

For Eilis, as for many voyagers between countries, fluidness isn’t always a plus. Moving can mean displacement. But Eilis has a particular weakness: She can’t say no to other people’s plans for her — made more dangerous by her lack of experience, and resulting inability to sense how acts may imprison a future.

Eilis is a jobless and suitor-less 20-year-old. With neither marriage nor work on her horizon, she lives with her mother and older sister Rose on Friary Street, comforted by her town’s daily routines. Enrolled in a correspondence course in accounting, she — and the reader — wait for something to happen.

Rose has recruited Father Flood, a visiting, Irish-born Brooklyn priest, to help Eilis move to America, where Rose imagines opportunities and a richer life. Father Flood comes to tea bringing prospects of a Brooklyn job and a boarding house run by an Irish landlady. Eilis doesn’t know how to refuse. Especially since both Rose and her mother seem pleased with the offer.

Soon buffeted by her contrasting lives, makes ideal focus for Toíbín, whose protagonists typically hang between choices. In this novel, which won the 2010 Costa Fiction Prize, he relies on subtle character shadings and the portrayal of situations that lack a “right solution.” In deceptively simple linear prose he sums up the basic underlying themes of all his fiction: Loss of native land, the drama of life’s transitions, and the challenge posed by trying to understand where home truly lies. The heady themes are smartly rendered in a suggestive but deliberately sketchy 1950s setting. It’s a pared-down stage with a limited but nuanced cast.

Swept up in the flow of Irish immigrants, Eilis becomes part of an uprooted, unmoored life in foreign Brooklyn. Her Deus ex machina is power broker Father Flood. He sees that the studies accounting and law after work. The start of a real future.

But Brooklyn lacks the rich green thickness of Enniscorthy. It’s dreary, dingy. Winter, brings a biting wind which is new to her: “America was the coldest place on earth and its people on a cold day like this the most deeply miserable.”

Suffering from depression and violent nightmares, her days and nights pass dreaming of “home.” But Toíbín so convinces his readers of ‘s dark night of the soul that he’s slow to credit her abrupt emotional upturn.

She meets Antonilo Giuseppe Fiorello — Tony. He falls for her and she reckons she loves him, too. He convinces her they must make marriage plans. Whoops! Formatting her own story is not this girl’s strong card.

But just as golden ring of America’s carousel comes her way, Eilis gets death news from the home front. She packs her sea trunk, again pressed by events stronger than her will. She returns to Ireland, for a visit. Or more? Once “home,” she’ll fall in love with Jim Farrell, son of the local pub owners — and a prize catch. He never looked at her before her return, but America has smartened her clothes and ways. It’s easier not to think about what’s changed her and why. So she pushes away memories of her American life and her binding promises to Tony.

From Father Flood’s Friary Street visit to the Enniscorthy return, Toíbín’s story arc traces both the voyager and her choices. Which of her two lives, in very different countries, will she settle on? Will the decision be hers or again imposed by events?

Despite her apparent passivity, her closing act engages poignant reader attention. For whenever struck by loss or disappointment, this Irish girl calls up a unique fortitude. She musters the strength to move forward and meet her destiny. In Gaelic, Eilis means “God’s oath.”

If this “Brooklyn” narrative begins as slow-walk account, it gradually gathers intense dramatic momentum. To become a moving tale of loss and discovery.