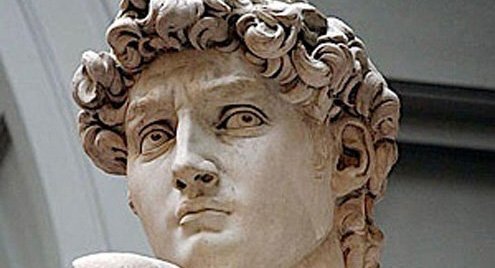 Affection long in the making ...
I

stand, wide-eyed and confused, in the center of the dark wood floors of a homemade wine shop in Florence. Most tourists would be delighted at the sight of Italy’s finest wines wallpapering the 20-foot paneled walls of this shop, which reminds me of a homely Tuscan country house. I, however, fumble through my guidebook, praying for a clue, some sort of key that will detect the best wine in the land, the wine that would suit me perfectly on this day.

Being the rookie wine drinker I am, I gaze helplessly at the never-ending walls which seem to grow exponentially by the minute, revealing wines and words I’ve never seen before: Barolo, Brunello di Montalcino, Chianti Classico, Vino Nobile di Montepulciano, Carmignano, Pomino, Elba, Bianco della Valdinievole, and on and on and on.

Finally settling for a few bottles of the only wine displaying some familiarity — my mom’s favorite, Pinot Grigio — I continue to peruse the store as the man behind the counter meticulously wraps one of the bottles in a decorative display of gold and white ribbons, an act he insists upon when I tell him it’s a gift for my parents’ anniversary.

I’m not an avid wine taster by any means and don’t know the exact steps involved in making the taste people around the world have come to love, a drink present at every part of the life cycle, yet I do know that this process is an elaborate one which takes a great deal of time and patience if you want nothing but the best. After the harvesting and cleaning and squashing and mixing are done, you often have to wait several more decades for the fermentation process to complete before you can enjoy the smooth and crisp taste of the best red wine around.

As I continue to inspect various bottles of wine, some of which reveal dates long before my birth, I contemplate the rare quality of wine’s cherished old age.

It would be ridiculous to celebrate a piece of bread that’s moldy after hitting the ripe age of three weeks, much less 15 years. You would never consider serving 20-year-old steak at your next dinner party, and most people prefer a new car instead of one that is several decades old, decrepit with memories of fender-benders and fast food stains. Even Hollywood discards its older actresses, refusing to admit their wrinkles may be a sign of experience and perfection rather than a negative side effect of aging.

Few people long for the outdated black-and-white television sets, record player or CDs; it’s far easier and more fashionable to store your media on the latest I-Pod instead. Computers are considered old by technology standards after hitting their first birthday, and clothes go out of style quicker than you can say the word “bell-bottoms.”

Even a new love is deemed more thrilling and flawless than a 23-year-old marriage, ridden with fights and old routines.

Sighing at these thoughts, I gather my bags from the wine store, giving the owner a cheerful “Grazie” before setting on the way back to my apartment. While I walk through the streets of Florence, as dirty as they may seem, I can’t help but notice the history that also creeps into these streets; Michelangelo and Hitler both walked these same alleyways, just as the Ponte Vecchio and Donatello’s bronze David serve as constant reminders of what once was.

Passing over the Arno as the sun sets in the distance, I know that in a few short hours as night falls the bridges will teem with lovers and friends as they share in their nightly walk or glass of wine before a night on the town. As my arms grow heavy from my purchase at the wine shop, I’m reminded of my own parents as I watch a middle-aged couple holding hands in the distance.

My parents met at a local bar near the University of Cincinnati where they both attended college. My mom tells the story as if it were yesterday: she had the hiccups from a glass of white wine and my dad, being the clever guy he is, pretended to scare away her hiccups as a pick-up line. It goes without saying that my mom was taken aback — and rather turned off — by this tactic.

Although Mom gives us kids the abridged version when she relives this part of the memory, I’m old enough to know that by the end of the night when several more empty wine glasses littered the bar table, she finally agreed to give Dad her phone number, and promised him a future dinner date.

Like most real-life love stories, however, it wasn’t love at first sight. Mom tried to cancel their dinner date, which was set for the following Saturday, but her father wouldn’t let her stand up the young man sitting nervously on the porch, his black high-top sneakers with no socks lightly tapping the deck.

Four years later, they welcomed their first daughter into the world a week shy of their second wedding anniversary. Along the way, they broke up twice and had countless fights; they both wake up next to the same person every morning and know each other well enough to say the same things at the same time. Their marriage no longer holds the same “thrill of the chase” it once did, and they worry about constant obligations — kids, pets, house and car payments, college tuitions — all of which were once nonexistent for them.

I cross over the bridge, happy to be back on “my side” of the mighty Arno and my mind drifts to the anniversary gift once again. Although I don’t know what kind of wine my mother drank that night she met Dad, I hope they will appreciate the commemorative gift, for there is no better way to celebrate the journey than with what started it.

Despite the sour times in their relationship, the times their love was still green on the vine, my parents love each other more today than ever before. Every Sunday afternoon, they cuddle on the couch while Dad watches golf on the television. He stills runs to her for advice and comfort, just as her face softens and her blue eyes, tired from age, times of laughter and sleepless nights when a baby’s cry filled the air, seem somehow younger when he enters the room.

They are finally at home with each other in a marriage that was 23 years in the making.

Back at the Piazza Tasso in Florence, I stick the key in my apartment door, giving it the customary jiggle necessary to slide back the deadbolt, and set the wine on the checkered tablecloth which masks the food stains on the wooden table below.

As I unpack my purchases, I think back to the wine’s celebrated lifetime. While bread, bellbottoms, and old sofas may not get better with age, I can’t help but think that maybe love isn’t one of those things.

Like wine, young love — still green on the vine — isn’t yet what it could become; it’s still forming and maturing, finding how to grow and fighting to survive against the rain and harsh sun. And just when the hard part is over, the growing is done and the grape appears luscious and ripe, it’s ripped from the stems and crushed until nothing remains of what once existed except the juices which still retain some sweetness, some purity.

But the process isn’t complete yet and chemicals are added to the mix, extra burdens that make the juice sour tasting and heavy.

That’s when the real magic happens, however, and day by day the juice grows sweeter and smoother, more comfortable in its form. Though the process is long and patience is needed, the wine slowly emerges — crisp, refreshing and sparkling. It’s gone from something immature with no history or memories to a delicacy, something rare and unusual, something cherished.

Unlike bananas or bread, hamburgers or ice cream, wine is better for its age. Its brilliant cranberry color or crystal white hue has taken hold, its scent heavenly and soothing. The taste, perfected with time, is smooth and invigorating. And, though it may be two or three or even 23 years in the making, it’s well worth the wait.

Like a good wine, perhaps love and marriage are just a few of those things that get a litter sweeter with time.

— Kristen Marino grew up in Cincinnati and attended Miami University in Oxford, Ohio.

About the Author: Kristen Marino

Kristen Marino grew up in Cincinnati and is a junior at Miami University in Oxford, Ohio, where has a double major in psychology and communications. On campus, she’s a member of the Kappa Alpha Theta sorority, Big Brothers and Big Sisters, Sigma Tau Delta (The National English Honors Society), and the National Society of Collegiate Scholars. When not studying, she enjoys traveling and spending time with her family. She has a younger sister, Kelly, and a younger brother, Sebastian.