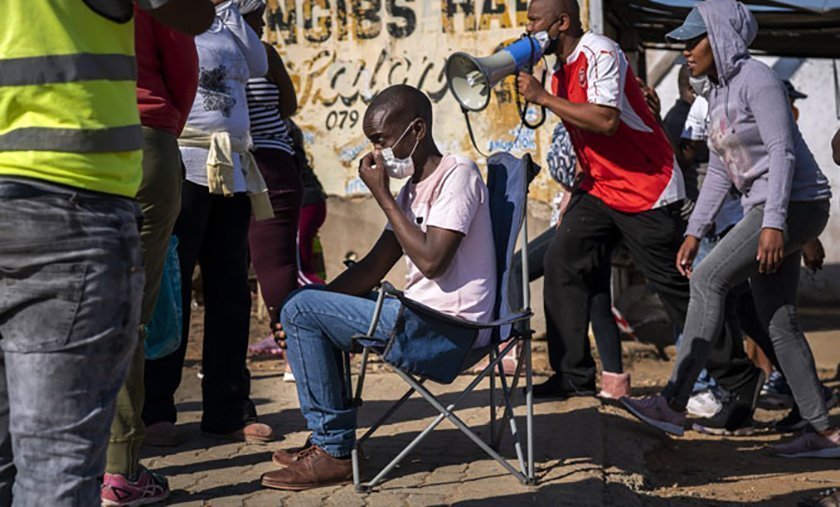 So far spared the worst of COVID-19, the African continent faces massive shortages as a result of Western woes.
A

mid the West’s travails with COVID-19, a not-so-little detail is often passed over. Almost miraculously, the pandemic hasn’t found much of a home in Africa, limping along just about everywhere except in wealthy South Africa, whose urban conditions are far better than in the rest of the continent. Africa’s case numbers, and mortality rates per million look more like those of Finland (62 deaths per million) or Japan (12) than Italy (581) or the United States (618). Some of this, but definitely not all of it, can be attributed to under-reporting. Despite the low figures, the disease is present and continues to spread. But the African situation has admittedly surprised many experts, who feared far, far worse.

The question then becomes how has Africa dodged becoming a piece of what amounts to a global disaster area. Could the depth of its poverty somehow have given it an advantage?

The answer may actually be yes. I’ve previously mentioned the theory that vaccines against tuberculosis, polio, and measles-mumps-rubella can stimulate the “innate immunity” in ways that are not specifically known, as a result boosting resistance to the novel coronavirus. It is now looking increasingly possible that Africans at constant risk of malaria and dozens of other infectious diseases, including HIV-AIDS, tuberculosis, syphilis, and schistosomiasis (a parasitic illness), may have developed more hyper-active immune systems capable (like war veterans who have seen it all) of providing at least a partial layer of defense against new infections. I noticed one hint of this in my own clinical medical practice.

The West’s COVID-19 calamity is producing a ripple effect as the Third World is increasingly drained of cash sent by its immigrants, many now with no source of income.

Early on in my practice, I observed that that the blood of patients who grew up in sub-Saharan Africa commonly contained what for Europeans would be an abnormally high amount of gamma globulin, otherwise known as antibodies. I later learned this was a well-documented phenomenon. In essence, these patients had supercharged immune systems, very likely fortified as a result of all the infectious challenges they’d faced along the way. Most people from developed nations faced no such challenges.

What a wonderful paradox this would be, if it turns out that constant exposure to devastating diseases has kept Africans from suffering the full wrath of COVID-19.

But there is also a downside, and it’s pretty dreadful. The virus’s effect on the developed world is provoking a freeze on customary aid to African nations in constant need of assistance because of poverty and diseases, many of which have already been managed in the West. The economic repercussions of the fight against COVID-19 in the U.S. and Europe are likely to yield horror and havoc in Africa, whose aid numbers have already been cut to the bone by the nations most responsible for helping that often-troubled continent.

According to the United Nations, the lockdowns are reversing decades of progress in efforts to reduce poverty, poor healthcare, and limited education, pushing the poorest and the most vulnerable even further behind. In 2018, 1.8 million people died of TB in Africa and south Asia. Mortality rates in underdeveloped regions of the world are nearly incomprehensible, at least when compared to coronavirus numbers.

The West’s COVID-19 calamity is producing a ripple effect as the Third World is increasingly drained of cash money sent home by its immigrants, many of then now jobless. Collectively, the African diaspora sent home some $554 billion in 2019. Those remittances have already dropped off dramatically.

It is estimated that this shortfall alone will cause between 40 and 60 million people in the developing world to fall into extreme poverty (defined as living on $1.90 per day or less).

We worry about masks, as well we should, but the overall human cost of this disease in global terms can often leave one speechless.