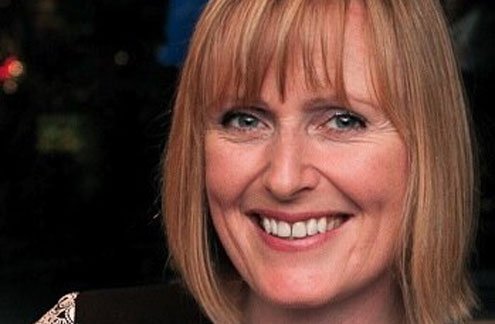 Juliet Lewis worked as a journalist before venturing into creative writing.
W

orld War I, 1916: Germany intensifies its already devastating bomb raids on London. Debut novelist Juliet West sets her powerful historical fiction “Before the Fall” (Mantle: London, 2014) in framework of the “war to end all wars.” It is a tale of two lovers, Hannah and Daniel, undone by their life and times.

Not a new theme, admittedly, but made fresh by the author’s sharp and relentless emphasis on detailed period archives. There are references to decimated London streets; the whine of air raid alarms; the daily lists from the front naming dead husbands or sons. “The war is everywhere,” Hannah says. It suffocates the air, choking breath.

Her drama plays out at the height of the terror, between 1916-18, when German airships delivered regular raids on the British capital. Hannah narrates in first person, emphasizing the truism “it’s the woman who pays.” West, in turn, speaks for Daniel. Alternating chapters, these two voices illustrate the dashed hopes of forbidden love. Flashbacks sketch their similar childhoods: in penurious, no-exit lives. Both were born in late 19th-century England into the squalor and despair of London’s East End.

As youths, each had aspired “above themselves,” a dream later crushed by poverty and custom.

Family and neighbors call Hannah “Lah-de-dah… thinks she’s better.” Orphan Daniel is an avid reader; “all those books,” people say, “it made his head real queer.” At 12, he’s removed from school to become a welder. Schooling also ends at 12 for bright Hannah; the family needs her salary as kitchen maid in a large house.

In her late teens, she’ll meet George, who on Saturdays invites her to a real teashop that offers apple cake crusted with white icing. For Hannah, it’s extraordinary treat to which she looks forward all week. In return she “lets him have his way.” She’s four months pregnant when they marry.

At 24, Mrs. Hannah Loxwood has two children while George is fighting in Flanders, “for King and country.” Yet when she and Daniel casually meet they instantly see in each other the hopes and passions they believed were lost.

With the terrifying drone of enemy planes overhead, they choose hope over reality, an insane choice perhaps. Yet West maneuvers her actors to credibility by detailing the war horrors that fracture both daily life and reason.

Had Hannah’s only female confident survived, she certainly she would have warned Hannah against leaving home for Daniel. But Dor dies in a munitions factory explosion — the factory is one of many East End docklands companies where unmarried or childless women were hired to “support our war.”

The explosion that kills Dor typifies West’s smart fictional use of period documents, closely following accounts of the 1917 Silverton munitions factory disaster in which 70 workers died when a case of TNT exploded. Records state “the blast showered molten metal, starting wildfires that destroyed homes and families for many miles around.”

Hannah is on the street as shards of factory window glass fly through the air, cutting passersby. She visits Dor in the hospital, before her friend dies from her third degree burns.

West repeatedly falls back on these historical reconstructions to help explain Hannah’s flimsy decision-making process, until she chooses Daniel and plunges into social ostracism. Some of the excuses seem strained.

Daniel and Hannah are both self-deluding dreamers. No one in post-Victorian, pre-modern England forgives a woman who betrays a soldier husband and takes a non-combatant like Daniel as lover. When she has his baby, the couple become outcasts, fallen from grace. Excluded even from impoverished survival.

Yet they had chosen to believe that a passionate life shared could transform hardship into happiness. Daniel reads and rereads Matthew Arnold’s poem “On Dover Beach”: “Let us be true to one another.”

West, who writes in sharp, clean prose, makes no mystery of her disgust with England’s post-Victorian moralistic cant. Nor is her deterministic take on history a secret. To underline the coercive force of circumstance, she opens with a police station account that anticipates novel’s end.

Newspaper articles, law court and police records from 1918 figure throughout the fiction, and all presage the lurid finale. Only Daniel and Hannah are taken by surprise.

When passion is pure and the world is cruel, tragic love stories can get dangerously close to melodrama. But such is the classic template. To West’s great credit, she’s molded that template into an engrossing and ultimately credible story in which private lives are betrayed by history.