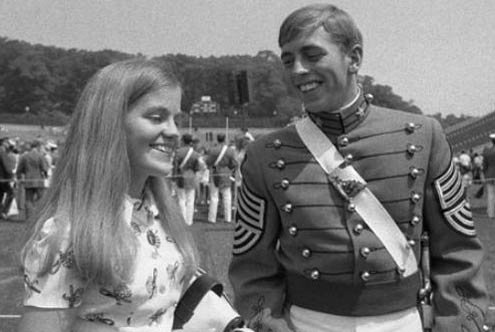 t first, I didn’t understand why Petraeus would have the affair. I mean, the mistress is nice-looking, but still…” The Italian businessman shrugged his shoulders, barely wrinkling his perfectly-tailored suit. “But then I saw a picture of his wife.” He paused. “And that’s when I understood. After all, she just didn’t keep herself up.”

The businessman’s take on CIA director David H. Petraeus’ fall from grace couldn’t have struck me as more Italian. Yes, it reflected the gender imbalance inherent in Italian life, with pressure on women to be as beautiful as their men are powerful. This is, after all, the land that produced three-time prime minister and serial womanizer Silvio Berlusconi.

But it also reflected another Italian fixation, one that seems to obsess both sexes equally: aesthetics.

When I first moved to Rome, I couldn’t believe how many times Italians managed to use the word “beautiful” in a single day — or encounter. The view from a friend’s Pantheon-facing terrace was, of course, bella. But the plate of tiramisù we’d had for dessert was also bella. And the vacation I’d gone on last week? That was bellissima.

In fact, even I’m a bella. Among girlfriends, we all are. Every time my phone rings and I see it’s an Italian friend, the words “Ciao, bella, come stai?” roll off my tongue as fluidly as a simple “Hi.”

But make no mistake. Bella might be feminine, but it could as easily be masculine. Roman guys — the same ones who work on motorbikes, walk with a saunter, and speak the local dialect,that sounds less like Italian and more like a series of deep, masculine booms and grunts — constantly call each other bello. (Just as their their vacations and their girls are all bella).

So much bella isn’t just a linguistic tic. It reflects an acute awareness of and appreciation for aesthetics, which Italian culture both treasures and nourishes.

Most Italian women are more than just tidy. Nails are perfectly polished, usually in the season’s trendy color; accessories are in place, including at least one or two bangles. Some makeup has been applied, eyeliner being a particular favorite. Frankly, it’s intimidating.

And it never seems to end. I constantly see perfectly-coiffed elderly women tottering down the cobblestone streets in heels, clutching handbags and pursing done-up lips. Their male counterparts are no different. Walking through Rome’s Testaccio neighborhood one evening, I saw a dozen elderly men dressed in suit jackets and leather shoes. They were all decked out for their daily passeggiata.

It took everything I had inside me not to walk up to a man in his 80s, wearing red suede shoes and a matching belt, and tell him how adorable he was.

No, not every Italian always matches the chic, elegant stereotype. I see more and more young Italians decked out in Nike Airs instead of polished leather shoes. And quilted jackets continue to outnumber wool coats among the under-30 set.

No matter what their style, though, everyone seems to have carefully pondered their sartorial choices. No one rolls out of bed and onto the bus. I rarely see sweatpants or women without a touch of makeup. Even the outfits that strike me as fashion accidents are, in fact, anything but: If you see a girl wearing shiny, skin-tight leggings with a miniskirt and puffy jacket, you can bet the colors of her shoelaces, belt, and earrings will all match. Men are no different. As casual as a young Roman guy might want to look, close inspection shows they didn’t just gel their hair that morning. They also tweezed their eyebrows. Maybe even shaved them.

Living here, it didn’t take me long to notice that 15 extra minutes getting ready in the morning translated to completely different treatment by those around me. Go out barefaced and dressed all’americana in jeans and a sweatshirt and I’m invisible. Throw on some eyeliner, lipstick and leather boots, and suddenly I’m the recipient of smiles, help, advice, discounts, freebies, and, of course, the inevitable Complimenti, sei bellissima!

It can also go too far — and off course

There’s a woman I sometimes see wandering around Piazza Navona. Her hair is bleached blonde, her frame skeletal. Her makeup looks as if she’s trying out for a position as a circus clown, but didn’t get the memo about the red bulb nose. Her eyebrows have been shaved and redrawn in exaggerated arcs, her cheeks are dotted with two pink circles, her lipstick extends far beyond where anyone would think her lips actually end.

It’s a disorder, a kind of dysmorphia, that I’d never seen it until I moved to Italy, and based on my strolls through the city she’s not the only victim.

No one knows the origin of the disorder, which psychologist call “imagined ugliness.” But it does make me think, pointedly at times, that there’s a downside to so much bella.