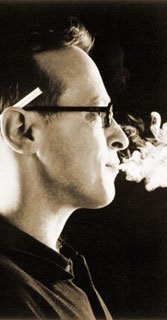 or months my social calendar has been full of things that are not by nature social. Sure, I’ve chatted up my son’s speech therapist and made small talk with the pediatrician. In truth, most of my recent “free” time has been spent in clinical settings.

But when Rome warms up, American visitors begin rolling through. And nothing makes me happier. I adore entertaining people, whether it’s a multi-course meal at my place or showing out-of-towners my favorite dining spots.

Not to brag, but I’ve always been rather popular. My Italian geography has only enhanced that popularity. This month alone I’ve entertained a hotelier, a group of Texans, two TV writers, a couple of stockbrokers, a costume stylist and a Las Vegas tycoon.

But when I learned that one of my living idols would be making a Rome appearance, I rescheduled everything. I called a babysitter and I got ready to be giddy while enjoying the comic genius of one Mr. David Sedaris.

I’ve read all his books and once attended a Manhattan reading. I didn’t approach him then partly because I never talk to celebs I admire. Fanatic stuff isn’t in me. If I really like someone I go out of my way to ignore them.

At the same time, I always imagined that we’d meet. Probably in the West Village. Probably at a party. Probably he would fall in platonic love with me. It would be an organic meeting and a natural friendship built on mutual admiration. At least that’s how I envisioned it.

I should point out that when I decided to live in Italy I made a pro and con list. Included under “pro” was “David Sedaris moved to Europe for his boyfriend… and now I am moving there for mine.”

It wasn’t exactly factual, but it made my decision seem even sounder. I might also add that my first literary agent once told me that I reminded her of a female David Sedaris. I cried for three days out of joy and humility (never mind that three months later she wouldn’t take my calls).

Suffice it to say Mr. Sedaris has had a grand effect on me. So I could not miss him in my adopted hometown.

As the day grew nearer I began to think, “What will I wear?” as if it were a date or a job interview. But the day before the hallowed event I noticed that my younger son was limping. He’d tripped on a vacuum chord earlier in the week.

My maternal intuition conspired with my yearning to spend an evening with a middle-aged gay humorist. “Take him to the ER now!” chimed an inside voice. Toddlers limp for a reason.

After four hours the ER doctors sent me home categorically telling me nothing was broken. What they did not do was take an X-ray.

The next day was the Sedaris reading – and my son’s limp had only gotten worse. Back we went to the ER. This time they took the X-ray and found a hairline fracture. Aha!

While I was pleased to know that I was right, I was oh-so-stymied to learn that a cast wasn’t in the works. Instead, I was told he should stay off his feet for four days. If you’ve ever had the impossible task of holding down a freakishly strong dwarf on PCP, that might be the equivalent of not letting a 21-month-old child walk.

On Sedaris Day my baby was cranky. Worried, I took the advice of a pediatric orthopedic who advised a trip to the local children’s hospital. Elapsed time: seven hours. By the time we got home (no cast), I was exhausted and hungry. So were my children. Three people with low blood sugar and bad Irish tempers. I did what any good Italian mother would do: I made a sauce and boiled water for pasta.

I felt like calling it quits after some Nero d’Avola. But Sedaris was out there. I was sure a laughter infused-evening would be better than a glass of wine at home.

And there he was in all his elfin-like glory! Mr. Sedaris. Right in front of me. My usually jaded girlfriend turned into a blubbering pile of complimentary mush and bum-rushed him. She asked him to sign a pamphlet on hand, foot and mouth diseases (clever choice) and suddenly I found myself standing beside him. When he finished signing my friend’s pamphlet, she issued an executive order: “Do one for Kissy too.”

He smiled and asked me, “What do you do here in Rome?”

Hello crazy stalker lady! I wasn’t prepared. Though sleep-deprived and caught off guard, I was still amazed that I’d uttered those words. For someone with social savvy I sounded like a socially retarded expat. Maybe I had foot-in-mouth disease.

But good first impressions are a one-time thing. Blow it and it’s over. So there will be no New York party for David and me. No friendship based on mutual admiration. But at the very least I got out of the house, I laughed, I paid tribute to my idol, and my son’s fractured foot has healed.