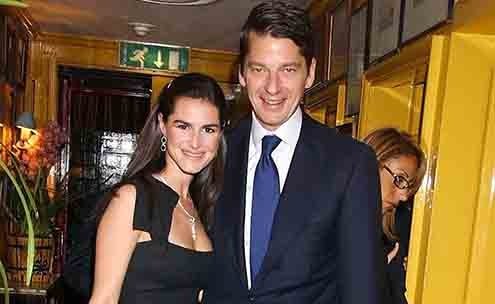 uring my college years I invited a boy whom I had been sporadically dating to spend a weekend with my family on Boston’s north shore.

I wasn’t sure how it would go. He, Chuck, was a New Yorker, a breed viewed with suspicion by mid-westerners like my family. Chuck was also a law student, and I cringed knowing my father — the anti-medical malpractice crusader — would probably find a way to bring up Shakespeare’s infamous “Henry VI” line: ” First, let’s kill all the lawyers…”

Chuck may have been expecting the Kennedys and Hyannis, but what he got was a rental in Rockport owned by a landlord who collected owl figurines. Our lifestyle baffled Chuck. We spent most of the day preparing meals, which he thought involved far too many dishes and utensils. He thought the hours we then spent around the table were wasted; we could have been doing what he considered “something.”

But it worked out. Dad managed to distinguish between corporate lawyers and ambulance chasers. Chuck was charming and helpful. The house had hundreds of owls, but no dishwasher. Chuck cleared the table of excess plates, which I stacked in the sink.

“You know,” Chuck said helpfully, “if you didn’t stack the plates, you wouldn’t have to wash the backs.”

Behind me, I could feel my father’s eyebrows arch, knowing how he might respond: “Any job worth doing is worth doing well.” “If you think you have done a good job, you probably haven’t.” “The 11th commandment is ‘Be thorough’.”

Instead he said, “Well, I’d wash them anyway. You never know what might be stuck back there.”

Dad never did remember Chuck’s name but he’d occasionally ask about “the boy who didn’t think you need to wash both sides of the plates.”

I met Chuck at a college party in the 1980s. He was 6-foot-4 and a rower. He had natural style and dressed well. Fresh from Columbia, and 1970s New York, Chuck had more flair and edge — metrosexual before the word was invented — than bland boys from Harvard clubs or geeks from MIT fraternities.

Chuck was fun to dance with, had a winning laugh and was smart but never arrogant. We had lots of fun, but the conversation often circles back to the same themes. Chuck thought I belonged to a WASP elite, whose doom was fast approaching. He criticized my lack of ambition and warned that my “WASP thing about moderation” might make me lose out to less inhibited Jews or immigrants.

Chuck liked literature and got me to read novelist Milan Kundera. For him culture was an accouterment of success, like knowing about wine or fine tailoring. He thought me gullible, naïve or elitist for believing that art or literature offered life lessons. Chuck held my parents irresponsible for letting me study useless art history, especially because they had no intention of subsidizing me. Never mean or angry, he pressed his points as gently as missionary who knows the heathen will eventually see the light.

After I moved away, Chuck still sent me life updates, such as adding an MIT degree to Harvard and Columbia, getting a job on Wall Street or a nice bonus. There was always an element of self-justification. That he could treat at expensive restaurants, while I struggled in graduate school proved he’d been right. At the same time, he seemed to seek my approval, or even absolution. For what, I never knew.

When I moved to Italy, I lost track of him, who now called himself Charles. But friends filled me in. They’d share news when financial papers reported on Chuck’s deals and promotions or the society pages showed him at Hamptons parties with his first wife and later her younger replacement. They’d send me links to New York newspaper write-ups of Chuck’s purchase of a Manhattan home for a record-breaking price.

In the hotel of life, Chuck was a five-star. I was a four; comfortable, even elegant, but not the best in town. Hearing about Chuck generally made me feel like the winner of an Olympic silver medal. Winners of gold and bronze are thrilled; the former because its gold, the latter because they won a medal at all. Silver medalists spent their lives wondering why they hadn’t done better.

In 2008, I read about Chuck myself when news of the Bernard Madoff scandal hit headlines worldwide. Chuck headed the fund that was the hardest hit and most deeply implicated in Madoff’s Ponzi scheme. The fund’s leaders were charged with fraud for failing to perform due diligence before investing their client’s money with Madoff. Chuck’s firm paid out $80 million and Chuck lost his job.

More suspicious investors had avoided Madoff’s anomalously high returns and sketchy accounts. But Chuck, who apparently never heard my father’s words, seemed to forgot that grime might collect on backs of Madoff’s plates.

“Google Chuck,” a friend wrote me last week. “It’s not good.” It wasn’t. At 4:30 p.m. on a late March day, Chuck plunged from the 24th floor of the Sofitel hotel in Manhattan. He was dressed in a dark suit. After Madoff, he rebounded with another Wall Street job. But he couldn’t sell the record-breaking house and couldn’t meet some daily expenses. He was being treated for depression.

Thinking about it now, I really wish Chuck had turned over the dirty plate of his life. Stuck back there, he probably would have found some crumbs — his children, his wife, his friends, crumbs enough of love and hope to get him through another day, and then maybe another. Farewell, Charles W. Murphy.