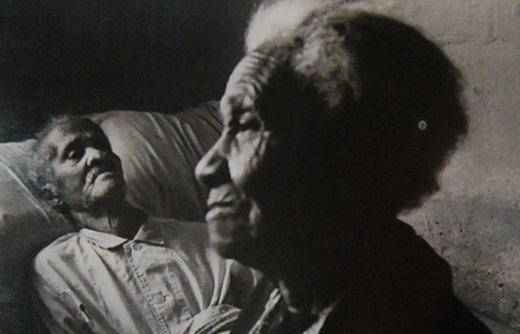 When seeing loved ones becomes a bridge too far…
I

t had been three years since I last visited my great-uncle and his wife at their B&B in the Champagne region of France.

I knew from Bill’s daughter that he and his wife Meredith were not well, and that they’d had to shut down the B&B over the summer. She told me they’d probably appreciate a visit, so I used their failing health as a pretext for booking a two-week trip in November.

I was also looking forward to getting away from the commercialization of the holiday season and the dreaded Black Friday shop-a-thon frenzy that comes the day after Thanksgiving.

But here’s a news flash: Black Friday is just as big in France and Switzerland as it is in the United States.

I wrote Bill a private message on Facebook letting him know that I’d be arriving in Paris on the November 23, adding that I hoped to see him and his wife on the 25th. I was hoping we could spend an expatriate Thanksgiving at their farmhouse B&B on Rue De Vache in Reuilly-Sauvigny along the Marne.

He replied that Meredith, his wife, was recovering from colon cancer surgery — thank God, he said, for French national health insurance — but that they both looked forward to seeing me.

As it turns out, that was the last good news I heard from them.

Paris was a twinkling festival of lights, its denizens having festooned their streets and shops with glittering lights in l’esprit de Noel. Nowhere was that spirit more evident than along Rue Montorgueil, where Parisians go to shop and socialize. The entire length of Montorgueil village was a winter wonderland.

My great-uncle in France said that his wife was recovering from surgery, but that they were both looking forward to seeing me. The seeming simplicity of the task ended there.

I waited in line at the legendary Stohrer bakery shop in hopes of getting a baba au rhum cake to take to my uncle’s. But all they had left were individual babas, and a much larger and more expensive baba chantilly. So I bought the chantilly and also grabbed a couple of Pere Noel cookies. My plan was to pick up a goose or some poulets and vegetables once I got to their place, where I could shop at the market at Dormans.

As I imagined the meal, I sent Bill some texts and messages but he didn’t respond. As I navigated my way out of Paris and through the suburbs east into the world of soft cheeses and sparkling Champagne, I was struck with a strange feeling that all was not right in their world. I’d soon find out the feeling was justified.

I stopped in Meaux in search of brie de Meaux — an exasperating quest when I discovered all the cheese shops were closed on Monday. I finally arrived at their doorstep in the rain, in the dark. Their cars were parked out front, but the place looked abandoned, save for a light on in the back of the building.

I knocked. I rang the doorbell. I heard movement upstairs toward the back. I called and Bill answered. Groggy. I told them I was here as arranged. He seemed disoriented. Said he’d fallen and couldn’t walk. Meredith took the phone. She was still feeling ragged after having had half her intestines removed a month earlier, she told me. I said I was sorry, and that if they were too weak I could find a place in Chateau Thierry for the night and see them the next day.

I told her I’d brought a baba au rhum.

“Oh that sounds delicious,” she exclaimed. “But the ambulance is coming first thing in the morning to take Bill to the hospital in Soissons to run some tests.”

I finally said I’d go to Soissons to try to see Bill in hospital. That would be nice, she replied, since she couldn’t go anywhere. It was very clear that neither of them were in any shape to drive.

It was anything but a calming scenario.

Thwarted, I shrugged my best Gallic shrug and drove away.

I found a place in Chateau-Thierry, a larger village some 15 minutes away. The place was in a grand maison directly across from the Hotel Dieu near the foot of Rue de Chateau. The place abutted the old chateau ruins that overlooked the village and the Marne. I had my own flat to myself. It felt like I’d stepped into a fairy tale.

I took the opportunity to walk around the town center, one of my favorite places in all of France. After a nice Italian dinner, I went back to my place and reflected on the situation at hand.

My uncle and his wife, in their early 80s, frail, unable to move around, their main source of income shuttered for months. He was estranged from his daughter, who knew only snippets of what was going on through her mother, his ex-wife. At that moment, I knew more than she knew, but what should I tell her? I wanted to help but what could I do, really? And my time was limited. I didn’t have the option to come back next week or check in on them in a month.

The next day I went to Soissons, where I found the main hospital and the admitting clerk. They couldn’t find any records of Bill checking in. I explained he was there for a scan, perhaps only as an outpatient.

Turns out he was in nuclear medicine, where I was not allowed. So that was that. I called Meredith. Tried to see if she wanted some company. I offered to drop off the baba au rhum cake. Another dead end: she said she really couldn’t get up and down the stairs.

Shrugging my best Gallic shrug, I drove away down the scenic Route du Champagne, stopping briefly at a champenoisie to buy a bottle of the local product before heading off to the next points in my adventure. I gave the baba au rhum to my Air B&B hostess in Ronchamps, which she was very grateful to receive. The next day, in a little village outside of Basel, Switzerland, I shared the Pere Noel cookies with my lovely older hosts, Herta and Rudi, over some tea made from handpicked herbs gathered from the nearby mountains 2,000 feet above sea level. It was Thanksgiving Eve.

Over the two days I spent with them, I got to hear their life stories, examine Rudi’s gem collection and show them pictures of under-repair Notre Dame. Warm and friendly, they became surrogates for my elderly aunt and uncle.

And on Thanksgiving I was grateful for that.