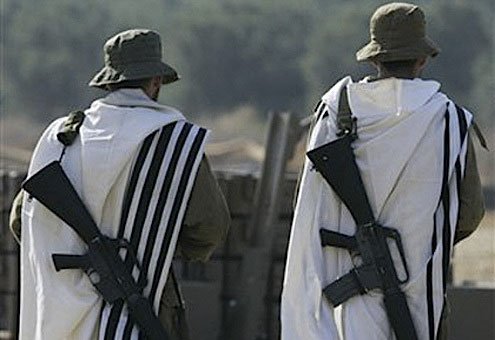 ome beggars are men of ways and means. The first walks through the torrential heat with a humid bandana adhering to his forehead. He’s a scarecrow in a Jim Morrison shirt, hamster eyes as seen behind glass.

“No?” he replies sarcastically.

“You have nothing to give me, you son of bitch?”

“No, right, you cock-faced asshole…”

He sees a woman sitting alone, forearms defending ample cleavage. Summer in Rome is milky and dense. Thinking is difficult.

“What about you, you whore?”

Soon, he moves off down the street, insults in a soiled bag.

The second beggar is more poignant.

He’s a Steinbeck lisper who approaches like a bent monk, stammering for coins and dropping small images of Padre Pio on the table. One, two, three… as they were playing cards.

His tongue wiggles. His mouth fills with defensive saliva. The whites of his eyes are a syllabus of rinds. Pathos is a sort of leakage.

Were it not for the shoes the act might work.

“Nothing?” he stammers at me, his lip quivering, unable to form direct speech. It’s difficult to look at.

No, says the two figures at the table beside me, aromatic businessmen, rumps of cruising veal completing their lunch-time cigarettes, eyes surfing over passing girls.

“For… for the love of God,” the second beggar says to them. “Some charity… please… please…”

He lifts his Padre Pio cards and walks away.

A few meters from the bar, in earshot, he pauses and makes like a rattlesnake.

His speech is clear.

There are no innocents in this latest Middle East blowup.

There is Hezbollah, the first beggar, its focus clear: smash and smash some more. Provoke and tease. Use Lebanon — an old Syrian ploy — to spring traps. Pick a fight with the Establishment so that win or lose you look like a winner: few revel in the triumph of bullies armed with tanks and flags.

To which (as it always has) Israel retorts, “No.”

I do not need to yield; I have yielded. I do not require reason; reason has for some time been marred.

Israel, though, is the second beggar.

I am. For the love of God. See my point.

Do not judge me. I defend myself and my people. They kidnap my soldiers. There are plots: Iran conspires with Palestinians who conspire with random extremities who work with explosives and whose intent is pitiless. The brochure of enemies is ample: Syria connives with radicals who if paid handsomely will remake Lebanon into what it was in the 1970s, only a less secular, more holy havoc-park, but the threat is similar. King Hussein is gone. Arafat is dead. No more middlemen. No more brokers. Do not judge me.

But what, you ask, about those American sneakers?

Beggars, intimate with a harsher world, predispose themselves to a nervous audience. They play gladly in a shop of horrors. One is a bad cop, another a good one: or so it seems at first. Until it becomes clear that good and bad are not the operating principles. Begging is amoral. Only accomplishing remuneration — whatever the means — has any meaning.

The good side and the bad will hiss, both at one another and at those who won’t understand or sympathize with one point of view or the other. Those who simply don’t care it will try to persuade by raising its voice.

A region can be beggar or a drama queen, or both. It can accommodate voyeurs. It can be a weeping parent to surrogate fights (as Lebanon has been for decades).

But it cannot pretend that the pathos and entertainment it peddles — and violence is an entertainment — is at all new. It’s the same actors on the same blocks with the same complexes. Only the shape of the angry hands, extended by a new generation and corrugated differently, is possibly different.