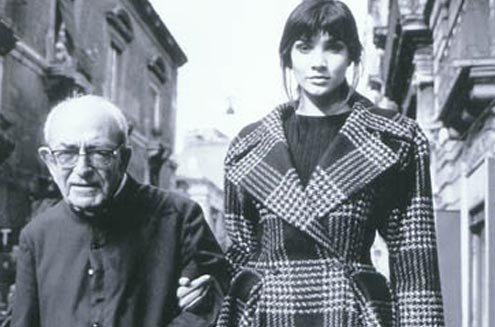 Italy is often portrayed as an odd place where unholy relationships thrive and all is corrupt.
T

he foreign press tends to treat Italian politics as something of a joke. Silvio Berlusconi did little to upset that apple cart, with his bunga bunga years making matters worse.

But can Britain really afford to be so smug?

Without getting into gruesome details, British politicians have had scandals of their own, some exposed as corrupt, vice-loving renegades. American politics has also had its sexual and financial rogues.

Despite this, most British media somehow maintains the moral high ground. Putting aside its own dirty laundry, it prefers to condescend to “poor” Italy. A recent report in the Guardian not only listed “the six things wrong with Italy” (including corruption, misogyny, youth unemployment and political apathy) but also how to “fix” them.

If it’s not Berlusconi’s fault, then the problem surely belongs to the Mafia and organized crime, a longstanding stereotype that holds Italy is completely in the hands of competing underworld forces.

But how true is that really? How true is it for people on the ground, who live, work, and go about their day-to-day in Italy?

In my experience, not at all: There’s no need to crassly wave bribe-filled brown envelopes at local government officials because they’re already trying to accommodate you in any way they can.

In the decade I’ve lived here, the only rule bending I can remember was just after my third son was born. And no money changed hands. The baby arrived a little quicker than expected and I had him at home. The local doctor, who came by later, decided he couldn’t sign the birth certificate because he hadn’t actually seen the birth.

Much wrangling followed. In fact, it turned a little theatrical.

I was immediately ruled out as a “witness” to the birth because, well, what does a mother know? The ambulance driver also missed the main event, and, worse still, didn’t have a medical degree. So he was out.

The dilemma seemed insurmountable until the conferees lit upon my husband. Since he holds a Masters in forest technology it was finally decided that he could be the birth witness (never mind that he’d been out looking for the ambulance when the baby was born, something which I chose not to mention as the birth certificate was duly signed).

Since I’ve lived in Italy, the country has staged all kinds of elections, national and local. Since I don’t qualify to vote the biggest impact they’ve had on me is inconvenience: the local school closes for two days, one for voting and a second to tally up the votes (which they must do very thoroughly because the voting population of my town can’t be more than 500). Life afterwards seems to carry on much the same as before, with the exception of somebody sulking and somebody else maybe offering you a celebratory pork roll and a glass of wine. Aside from that, there’s little drama, no official black cars racing around with sirens, and absolutely no bunga bunga parties for the mayor.

My heart did sink when I read of an official plan to build a line of electrical pylons across our region — Le Marche — pylons that would also run by my farmhouse.

“Oh no,” I thought to myself, following cliché, “big business will easily grease the wheels of local politicians. We’re doomed.”

I should have had more faith. The local response was united, practical and sensible. The towns got together, hired an engineer, and made a case for putting the lines underground, a plan that would cost the energy provider more. But the locals also made it clear they’d make the pylon permission process as hard as possible, which would also carry a cost. In the end, pylons and underground were made to more or less equal out. A rather good strategy, I thought.

So fear not, even though our mayor does occasionally wear a white tie against a dark shirt, it has less to do with what media might assume are his underworld ties (“Read all about it!”) than his questionable fashion sense, which I can live with.