Be thankful and keep complaining 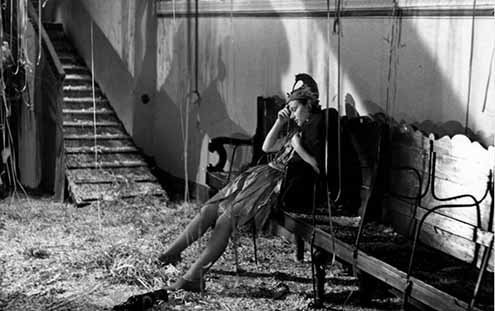 Tuscany: Show me the sunshine and lollypops…
T

It was a non-event.

In December, coincidentally, it’s our five-year wedding anniversary. We have a track record of forgetting our anniversaries only to be reminded by one of my mother-in-law’s tear-flecked Facebook dedications that never fail to get a thousand likes.

I don’t need a crystal ball to know it will be a non-event. Forcing my husband to celebrate something when he is inherently averse to celebrations is like forcing a cat into one of your hand-knitted sweaters. He’ll do it eventually, but he’ll fidget and fuss until you finally set him free to hide under table — or in Giulio’s case, the bathroom, where I can’t get at him.

As someone who airs far too much of her dirty laundry online, I often get emails from strangers telling me to stop complaining. I live in Tuscany, for god’s sake. It’s a wine-soaked paradise where tall, dark and handsome forty-somethings are just dying to meet a helpless foreigner adorably struggling start her manual car.

Fun fact: fast forward and that handsome stranger has left you for another woman and now refuses to pay the same amount of child support for your daughter as he pays for your son, since, you know, she eats less and doesn’t go to soccer training.

Nowadays, when people simper over my life in Tuscany, I go to great pains to tell them it isn’t all sunshine and lollypops. I watch with relish as the smile slowly slides from their faces and they inevitably change the topic.

Just typing that fills me with a sneering sense of satisfaction.

It’s human nature to complain, but it’s social expectation that tells us not to. My mother, god bless her, has dedicated her life to trying to turn her pessimistically inclined daughter into a fuzzy ball of happiness. If you don’t have anything nice to say… “no one will marry you.”

Well, someone did and now he’s stuck with me for eternity.

Check your inbox. Did you get an aggressive email from me telling you to shut the hell up? Oh, but you don’t complain on the Internet, right? How many times have you written a massive diatribe on Facebook that everybody just scrolled right past or gave a pity like without reading? Still no email from me? Funny.

Writing about the difficulties of expat life is better than a warm hug. It’s all the fun of complaining with the added satisfaction of knowing you’re bursting a bubble, pulling apart a commonly held fallacy. It won’t make my situation better, but it will maybe encourage someone else to stop and think before they follow Super Mario down the allegorical warp pipe.

I read a survey a couple of months ago that ranked Italian expats among the most dissatisfied. So many of us followed love to the land of pizza and pasta, but love can only sustain you for so long. It isn’t much help when you’re looking for a job in a country that can’t even employee its own youth. It isn’t warm and enveloping when you’re too scared to answer the phone because you’re embarrassed about your language skills. It isn’t all-powerful when you can’t understand your gas bill or make friends in a place where everyone knows everyone and instinctively keeps you at arm’s length because you’re a foreigner. And it sure as hell doesn’t conquer all when you’re on the phone to your widowed mother or seriously ill grandmother, but won’t get to see them for another nine months.

Expats like me aren’t forced to live these lives. We can pack up and leave whenever we want. Just because we stay for our partners, for our jobs or for our children doesn’t mean we’ve negated the right to complain.

In this day and age, there are so many ways to vent. This is mine. If you don’t like it, get your own column and complain about me there. I promise I won’t email you.