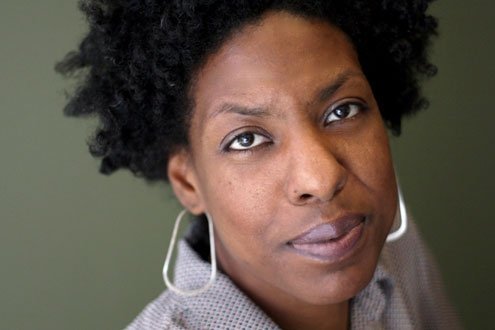 Ayana Mathis' Hattie is an ominous figure, "pale and silent as an iceberg.”
G

eorgia, 1923: Hattie Shepherd is 15. Two days after whites shoot her father, Hattie, her mother and sisters sneak out by night to hop a Philadelphia-bound train. They join millions of southern blacks in the 20th-century’s Great Migration North: to “The New Jerusalem.” Ayana Mathis’ debut novel “The Twelve Tribes of Hattie” (Huchinson, 2012) is a disturbing chronicle of that particular, failed American dream.

Its most disconcerting effect may derive from the author’s own conflicted purposes: She seems to lose the thread, which is the period’s widespread racial suffering, in the tale of Hattie’s private psychological war.

It’s puzzling to encounter this kind of narrative cleavage, since in other ways Mathis is a hugely skilled storyteller. Chapters cover a half-century of Hattie’s life in Philadelphia, forming an interlocking network of near stand-alone short stories. In several, Hattie relates her desperate tale of delusion. In others the “tribe” of children she raised become her co-protagonists. An extraordinary fusion of their first person childhood memories is woven into the tragic unraveling of their adult lives.

Hattie tribe is composed of six boys, five girls, and a granddaughter. Hers was constant struggle against grueling poverty. “I know how to save their bodies, I don’t know anything about caring for their spirits,” she says. Nor does she know about tenderness, caresses, or even love.

Heavy author commentary and Hattie’s own reflections detail tireless self- sacrifice. Her grown children’s accounts of shattered self-esteem reveal her as victim transformed into angry victimizer. Those she doesn’t lose to infant death or poverty, she savages in body and mind — with lifelong consequences.

Hattie, 1925: at 17 she marries August, another Georgia fugitive. At 19 she bears their first children — twins who are hopefully named Philadelphia and Jubilee. Six months later pneumonia kills them, lost to the freezing northern winter, poverty, and Hattie’s prideful refusal of outside assistance.

August is a money squanderer and womanizer, even though their family grows in number and need. And here Mathis stacks the cards. She enhances Hattie’s character by casting August (like his pals) as the happy-go-lucky but decidedly clichéd underclass black man. To pay for his pleasures he withholds his salary, reducing the family to grinding poverty. Struggling to feed and dress the tribe, Hattie rages, screaming down her children. At times, she gives them hard-belt beatings.

The death of Philadelphia and Jubilee froze Hattie’s character into a fixated determination to keep all future children alive. But does Mathis really believe the original tragedy of poverty and ignorance in the new northern city justifies Hattie’s half-century of brutality? The fear and pain she inflicts on her children? Breaking their minds and spirits?

Listen to some tales of their early and later years. In the latter, Hattie is a rare presence.

Six, 1950: Nine years ago, Six fell into scalding bath water, with corded scars permanently disfiguring his face and body. At 15, he has visionary spells during which he apparently comes up with miracle cures. He becomes an evangelist preacher. But Hattie decides he’s both imposter and womanizer and cuts him from her mind.

Franklin, 1969: A soldier in Vietnam, he sees himself as “worthless” and believes the constant threat death is normal and just. Hattie belted Franklin ruthlessly as a child.

Cassie, 1980: Now in her late 20s, she hallucinates, hears voices. Hattie arranges her daughter’s travel clothes for permanent hospitalization. “She put those clothes out for me as if they were the ingredients for a roast chicken… I spent my childhood avoiding mother’s wrath.”

Is it too politically incorrect to suggest that many women reduced family growth through resourceful contraception? Or to note that women in Hattie’s own poor neighborhood baked simple cakes to please their children? Hattie did neither.

Is it unfair to watch Hattie regain beauty during her affair with handsome Lawrence? Bearing this inveterate gambler’s child, she flees with man and child to Baltimore. Literally slamming the door on her terrified tribe, until a future when she will surely be affluent and “come back and get them.” But Lawrence will desert both for a poker table. She chooses men badly, and returns home to beat her children.

Mathis’ Great Migration novel has a protagonist marked by nearly psychopathic behavior. Which totally separates her from the larger epic. That said, “Tribes” does have notable strengths, including prose and perception that moves with brilliant fluidity. Mathis delicately nuances the memory and perception of her characters. The stand-alone punch of each chapter may be worth enduring Hattie.