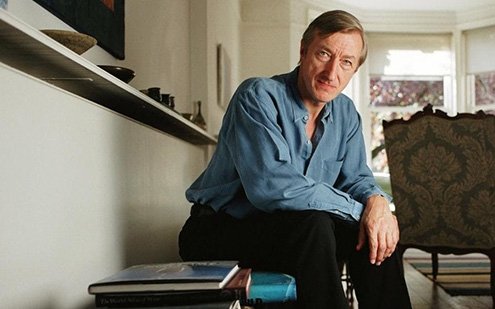 Julian Barnes' latest chronicles a love story between a teen and an older woman, set in motion in the 1960s.
I

t’s a summer in the 1960s and 19-year-old Paul Reynolds is university bound. Bored in his family’s London suburban home while awaiting the start of this new life, he joins a local tennis club. There, he pairs with a woman named Susan Macleod in mixed doubles. Love blooms, as does Julian Barnes’ 13th book, “The Only Story” (Jonathan Cape, 2018), an emotionally pulsating story that chronicles their long and fiercely poignant relationship.

The book’s epigraph comes from Samuel Johnson, who in his 1755 “Dictionary of the English Language” was among the first to define the word “novel,” described by Johnson as “A small tale, generally of love.” Fair enough, we might say, but what then is “love?”

According to Susan, if life consists of episodes, “the only story” is love. The sentiment may be romantic to the core but the actual circumstances promise no good end.

Susan’s is 48, married, with two daughters about Paul’s age. The affair, conducted in the Macleod’ home — to the entire family’s apparent disinterest — off the charts from the start, even for the Swinging 60s. Pure attraction reigns, without limits or reflection.

Paul, pent up by in his family’s “cliché life,” is drawn to Susan’s spontaneous laughs aloud and her irreverence. “You’re a case, Paul,” she says of his dubious tennis skills, later affectionately calling him “Casey Paul,” or “my fine and feathered friend.”

Into this mix comes Susan’s boorish drunkard husband, who occasionally beats her. The couple hasn’t had sex for two decades. Nor is Susan much of a mother: her emotional bonds to her daughters slight at best. These details suggest a fragile core underneath Susan’s laughter. But Paul is in her thrall, a teenager in love, in love also with the wonder and the danger of it all.

The novel allows Barnes to return to his career-long concerns with time, memory, and love. He divides the story into three dramatic and chronologically progressive sections. Now in early old age, dependent entirely on his memory of the relationship, Paul narrates all three. As these sections progress, the tone changes, at times jarring if not startling.

The first is Paul’s first person account of a consuming passion that refuses definition or bounds. The second reveals him speaking to a mirror reflection in the second person, “you.” The final section is a distanced, third person account of the closing years with Susan, and the horrifically solitary discipline of his later old age. In all three, Paul desperately strives to recall just how their 10-year relationship began, and ended. Unhappily, memory proves no reliable guide.

In section one, he clearly sees the green buttons on Susan’s tennis dress. At the same time, and strangely, he can’t remember when they first kissed, or how Susan looked naked in bed. And how to explain the blur of innocent rides home from tennis in Paul’s Morris Minor to adultery gaily committed during weekends spent under her husband’s roof, and while he slept? If in fact he was asleep.

Despite the apparent (and uncontested) ease and joy of their affair, they decide to take flight and live together. Section one closes when Susan cashes in her “emergency” bank fund, buys a small house in London, and the couple set up house.

In the second section, Susan occasionally returns home for a day or so, since she’s still the joint owner of her first home. “Other items” loom. Only slowly does Barnes reveal the panic and pandemonium that has always lurked behind her bold laughter. And it’s a contagious panic, not the least which because Susan becomes a compulsive drunkard, soon to be hospitalized as an alcoholic.

Aging Paul’s third person account of his final years with Susan, section three, is distant for a reason. He’s told her daughter Mary that he can’t any longer take responsibility for Susan. He visits her first in the hospital and later in Mary’s home, but it’s not clear if she recognizes or remembers him. Yet this was the great love of his life. This was the woman he gave up his studies to care for; the woman to whom he gave his youth. At one point, Paul asks, “Would you rather love the more and suffer the more; or love the less, and suffer the less?” It’s a vast question. In the end he makes his own decision, leaving readers to make their own.