Bards in a box 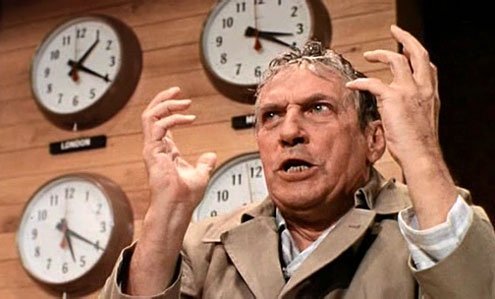 he crosshairs of partisan artillery changes over decades. In Italy, union rallies, party conferences, student protests and terrorism thrived in the streets. Disputes and dissent earned their political chevrons based on physical clout.

Thirty years ago, Red Brigades terrorists murdered Corriere della Sera journalist Walter Tobagi in an act that typified that era’s corporal extremism. His assassination came a few days after the Milan newspaper published a piece under the headline, “They are not invincible Samurai.” The report irredeemably put Tobagi on the wrong side of anti-ruling class rage. He was a target.

As it turned out, the commandos who shot the 33-year-old journalist were young sons of Milan’s well-to-do intellectual middle class. One turned state’s evidence and received only a brief jail term. He eventually joined a militant Catholic action group. Such defections doomed the group over time.

The Red Brigades and their adversaries operated at a time when only bodily harm could one-up rhetoric. The potency of violence needed no middle-man. Throughout this period television was a passive bystander. Split as ever along party lines, it worked mostly to erect a variety show wall against real-world intrusion.

The 21st century has inverted the trend: the variety show is now the intrusion. Street protest is considered both time-consuming and income-depleting. It also lacks the ideological nourishment it fed on between 1960 and 1990. Feasible resentment is instead video-specific and focuses on personalities and their enemies, with television facilitator and messenger. By introducing show business personalities to incarnate debate, passive resistance is made the equal of entertainment.

Prime Minister Silvio Berlusconi helped popularize the trend. He entered politics following a singing career and stints as a variety show host on Italian state television. As a network owner, he pioneered the development of European attack television and made it into a new-age populist weapon well before Fox News adopted a similar formula in the United States. By staking out the battlefield, he also helped populate it.

Two of Berlusconi’s leading detractors, Beppe Grillo, a former comedian, and Michele Santoro, a longtime talk show host, are grizzled veterans of the attack scene. Santoro’s crusading “AnnoZero” program is as rhetorical as it is sincerely investigative. In place of party chiefs, union leaders and terrorists are an array of entertaining TV hosts who combine skilful agitprop with self-serving bombast.

Berlusconi’s malfeasance lubricates both medium and message and keeps him in the spotlight. Hosts establish presence through howling dissent and the national political debate depends on and reflects the volume and vulgarity of their prime time chatter.

When Santoro was suspended recently for on-air insults (he and Berlusconi constantly tussle), his successful campaign to revoke the ban stood in for political news. So dominant is his persona that many newspapers neglected reporting either why he’d been suspended or even the specific subject matter of the program that caused the fuss.

The goings on led TV-wise Italian author Beppe Severnigni to suggest that Italian media soon won’t need to support or even to report on politics. They’ll simply take its place. What highly-visible personalities say about the political process will be the process. “The hijacked will hijack the hijackers.”

The mood was no less complex in 1980, only different. Commentary was outward-bound, directed from the arcane, inside world of highbrow communicators, to the larger-than-life reality of the streets, to which it deferred. Tobagi was killed for daring back the darers. He wasn’t alone.

But no outsiders are left. Berlusconi uses television to burnish his image and disparage aspects of the institutions he doesn’t like, an irony that thrills him. Subversive blogger Grillo and small-screen clipboard-thumper Santoro repeatedly, while calling him down, also play openly to the greater throb. Fame’s parishioners, they seek both his removal and his thunder.

In his 1960s cornerstones “The Age of Anxiety” and “Understanding Media,” Canadian philosopher Marshall McLuhan spoke of the “bard abilities” of radio, television and film. “All media work us over completely. They are so pervasive in their personal, political, economic, aesthetic, psychological, moral, ethical, and social consequences that they leave no part of us untouched, unaffected, unaltered.”

At the time, McLuhan’s concepts seemed more fanciful than prescient. America had only three networks, Italy two; none broadcast past midnight.

But McLuhan was right. There is no more political life on the streets, at least not of the kind that riveted the intellectually troubled West of 30 years ago. In its stead, as Paddy Chayefsky foresaw in his script for the 1976 film “Network,” is a pervasion of bards in the box, each one certain of many things. As an ensemble, they represent a fulsome, propaganda-tinged, love-me or leave-me view of a carnival-colored world. They not only report the weather, they’re the forecast.