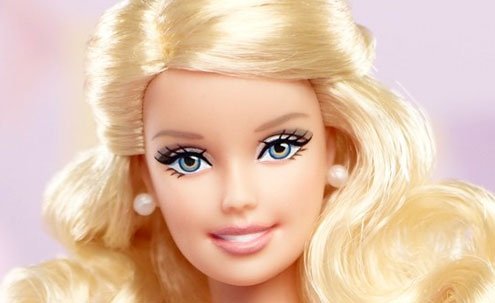 The real Barbie was spared. She had no perishable genitalia.
I

n the 1992 movie, “Death Becomes Her,” the aging Madeline (played by Meryl Streep) verbally attacks the sweet, young and beautiful Anna, screaming, “Make-up is pointless! It does nothing anymore. Are you even listening to me? Do you even care? You just stand there with your 22-year-old skin and your tits like rocks and laugh at me!”

Vanity, in the end, would be the death of her

Like many woman, I’m a bit vain, too. Though not to excess. My vanity isn’t the stare in the mirror posing for pretend paparazzi kind, and it’s certainly not the belittling of those younger and firmer than me kind, a la Madeline. Cruelty isn’t in me. Mine is more of the kick-my-arse-to-the- gym kind, or the get-rid-of-those-wrinkles kind. I’d like to think it’s a healthy vanity — at least that’s what I tell myself each time I purchase a new cream, oil or serum.

As I mentioned in a previous column, I was a tomboy growing up. While my sister cooked or “tanned” her skin with butter and baby oil by the pool (yes, butter), I swam, biked and otherwise actively enjoyed sunny days. The sun that blistered my face, back, chest and shoulders could have peeled the paint off a Volkswagen. But I never once thought of the sun as bad. Years later, when my freckles united to form what professionals like to call “sunspots,” I cursed my child’s blasé attitude (though I wouldn’t change a thing.)

When the sunspots grew too noticeable I did what lots of 42-year-old women do — I headed for the laser clinic to pay oodles of money to fry them off and give my face a fresh, albeit painful, new start. Ironically, I was using surgical frying to erase the sun’s frying.

In the waiting room before my third session, I picked up one of the seemingly hundreds of beauty magazines on the coffee table and found an article highlighting the newest trends in plastic surgery. Ignorant about the expanding world of cosmetic surgery, I expected the normal stuff: breast implants, nose jobs, and so on. What I did not expect were the two words, “vaginal modification,” better known as “labiaplasty.” Surgery to create the ultimate “designer vagina” means removing (cutting off to you and me) or altering unsightly or asymmetric parts of the labia. While you’re at it, you can also laser off pubic hair to get a truly pre-pubescent vagina. Really?

As I read the article, I found myself squeezing my legs closer and closer together in self-defense.

My shock turned to dismay after I scoured the subject further on the web. What I found was a little sad. Most women raving about “new” vaginas were in their mid-20s to early 30s. How could they need in new vagina at that age? They’d only just begun. Many of these young women had been measuring their labia for years in the belief they were deformed if their measurements were substandard. Measuring their labia? I didn’t even know women did that. Worse still, some admitted their boyfriends or husbands had encouraged the surgery (which can cost $5,000 or more).

Okay, so no sexual partner of mine has ever complained about my lady parts. But I can tell you right now that anyone who did wouldn’t remain a partner for long. Come on ladies! Doesn’t adoring you mean all of you, skin and all?

Is looking like a porn star a healthy goal for young women (or older woman for that matter)? What happens when the rest of your body succumbs to gravity (and trust me it will)? Do you just continue to cut off whatever sags? We’ve added another dimension to the phrase, “nip and tuck.” Long gone are the days of emulating skinny runway models. What woman wants to starve herself when she can focus her attention on something more attainable, like cutting off unsightly vaginal skin? Why dream about having Gisele Bündchen’s body when surgery can give you Barbie’s vagina? Watch out Ken, you’re next.