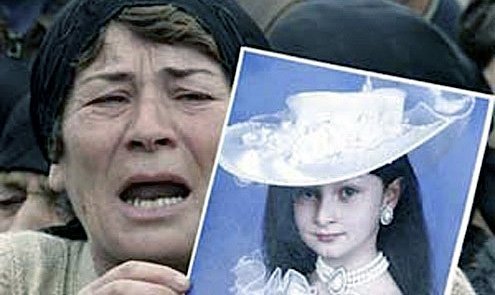 Barbarians may be at the gate, but who opened it?
A

s terrorist atrocities add charred children to severed heads the inclination to speak in terms of the barbaric grows accordingly. The barbarians are in Beslan, in Bali, in Iraq, in Afghanistan. They are present in Tel Aviv, on the West Bank they are poised in Jakarta. The president of the United States (whose reelection is a near-certainty) emphasizes the omnipresence of evil, suggesting his opponent fails to sense the menace. The president of Russia speaks nostalgically of another Russia in a more hermetic time, purer, nastier, and more forcibly sealed-off from the untoward. Both men use the rhetoric of war — disruption, victory, extermination — in discussing terrorism, which they portray as wholly alien to society’s essence.

Intellectual columnists, meanwhile, removed from the events though paralyzed by their magnitude, speak similarly: their terrorists are death cultists “beyond negotiation” who experience “the total freedom of barbarism,” writes David Brooks, “freedom even from human nature, which says, Love children, and Love life.”

Such viscerally wrenched views place the West of the post-millennium in a lofty penthouse above events it thinks inhuman and monstrous. They are.

But just how lofty the perch should be is another matter.

Let’s pause to consider post-September 11 times not in the context of morality, but in a more infantile one: that of obtaining singular and absolute attention.

Each historical period awards its occupants — moral, immoral or amoral— ways and means to create footprints, or “antidotes,” to accepted norms, and accordingly to make themselves unique. This fact holds for terrorists and presidents alike.

For much of the 20th century the antidotal norm belonged to tyrannical states and involved forms of nationalism, in which secular dictators procured objects that made them look strong and daunting, even terrifying. There were gases, tanks, planes and big and bigger bombs. These objects were paraded by the states, used in battle, and, in times of peace, stockpiled for the next conflict.

That changed with World War II, in which the victors, thanks to the vanquished, achieved rare but actual spiritual vindication: verified bad was defeated. As a result, the nature of being bellicose was redeemed and gradually refined into a branch of progress, which gave democratic governments license to make chemical and biological weapons, in addition to nuclear ones, for the first time in human history. Enlightened states, not wicked dissenters, produced these weapons, because only such states had the available resources (and broad rationalizations) to put science to work in the name of deterrence or defense of the realm. And only such states could imagine the use of such weapons by imagined enemies, helping create arch-evil’s archetype.

The moral peril of the undertaking — the building of endgame weapons — was neutralized because the making of the inconceivable was extricated from any wish to implement the inconceivable. You made a chemical bomb, and a neutron bomb, but you did not detonate it because you loved children and you loved life. You made anthrax but you did not use it because you were not an enthralled barbarian willing not only to concoct but to activate the dreadful.

Actual barbarism, as washed through World War II, could be explained in terms of a harsh century that included men and groups so driven by paranoia and ambition that distinctions between good and evil vanished. Yet inhumanity, perceived or real, always made intriguing news. Dictators unapologetically licensed state murder; democracies advertised fearsome and terminal weapons.

After the Cold War, however, with history apparently “won,” the creep of anxiety that began in 1914 seemed to recede.

The world could get on with loving children and loving life. There would be no surrogate evil to take the place the weapons we had no business making and could not use. All would be well.

Gradually images, not words, began to dominate and define discourse.

Only “the enemies of reason” manufacture actions powerful enough to induce global attention, and provoke collective indignation. The suicidal adversaries of the United States, of Russia, the nationalists of Chechnya, the Palestinians who loathe Israel, are death-loving because to “get” to an audience while it’s at a circus forcibly demands awing lovers of life and of children, much the same way a traditional state sought to awe putative enemies by building flotillas potent enough inspire inferiority among all classes.

Suicidal radicalism works because it’s intelligent but different from intelligence, and uniquely removed from logic. It is a product of its time and exists in part because morality was damaged by death camps, and by kilotons built but unexplodable. Life-haters and child-killers prove the extinguishing can be real, forcing attention of an audience weaned on fictional volatility. The unthinkable has given identity to Islamists and Chechens who would otherwise languish on the fringes of the planet’s churning bad news.

They are neither a “cult” of death nor one of brainlessness anti-science. The enemies of reason are a consequence of global distraction. Terrorism is “anti” psychology on a short fuse carried out mostly by the ill-equipped and disenfranchised. It preys on post-atomic helplessness and plays most insidiously among those who have never experienced bad news first hand. It’s a perfect parlor trick for this age’s mortality-obsessed salon and advances an implicit lesson: When you invent mass destruction you must learn to live with everything short of it.

Robert Oppenheimer, witnessing the first successful atom bomb test in the American southwest is rumored to have uttered just two words: “It works.” As vilified Chechen leaders and Bin Laden’s loathed legions examine their atrocities on television they might say the same.