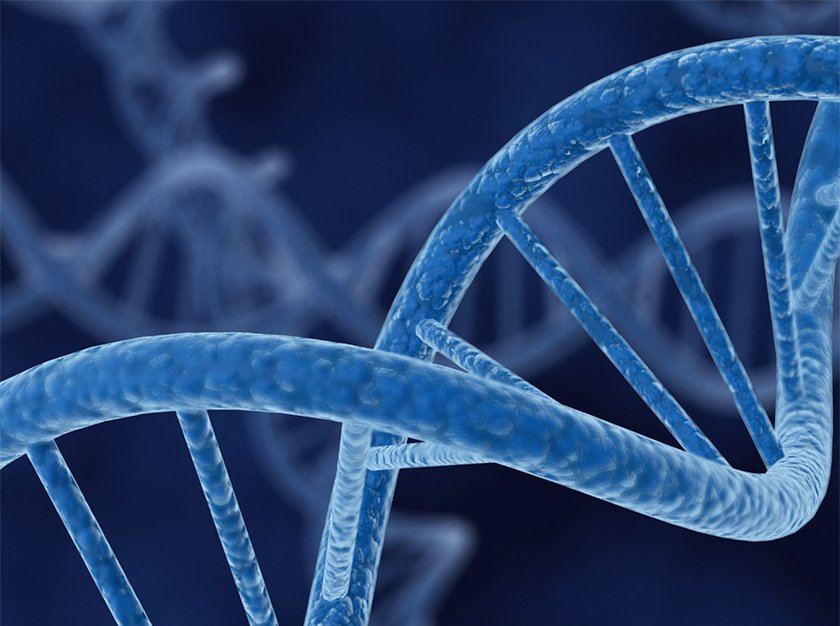 In genetics, the LRRN1 (Leucine Rich Repeat Neuronal 1) is a Protein Coding that some studies have linked to empathy in women test subjects.
I

have long held the belief that conservatives are genetic mutants. Now, trends in recent science are  highlighting actual genetic factors linking certain traits in human behavior. In fact, news reports are beginning to emphasize several points I have made in some of my recent writing.

As a result, I thought this a fine time to review some of my previous observations and see, based on these new trends, just how my points of view have fared. Let’s take a look. Call it a sampler of sorts.

Is it fair to say, for example, that if your father is a racist  and a misogynist, it’s likely he’ll raise you to embrace similar views?

Few dispute that our familial environment plays a key role in shaping us. But when it comes to  the role of genes and genetic predisposition to certain traits, there have been as many disputes as there are genes.

Few dispute that our familial environment plays a key role in shaping us.

While it has long been suspected that empathy has a genetic component, only recently has scientific research  played a role. As an example, in women, the tendency toward what we call empathy has been genetically pinned down in gene LRRN1, chromosome 3. “Identifying” empathy as a human component in females is one thing, but understanding just how the mechanism works is another, far more complex story.

So let’s put it another way: If you do not possess the above-mentioned gene, you’ll be less empathetic.

When it comes to behavior among conservatives, not all the test results are in — no two conservatives, like no two humans, are alike. But the anecdotal evidence is enough to choke a horse. From my view, most conservatives don’t give a rat’s ass about anyone but themselves. This is especially true in public policy.

One need only look at who’s behind the sometimes violent confrontations  against mask-wearing and obtaining  vaccinations against COVID-19 — both rational, sensible precautions to protect others from the virus. (Liberals tend to wear masks.

Ah, but if any of these conservatives gets sick, they change their minds. Think of Michael Freedy , father of five, who shortly before he died regretted his defiant position against the vaccine. Or Texas Republican H. Scott Apley, who mocked the vaccine and mask-wearing just five days before COVID-19 killed him. Or conservative radio host Phil Valentine, who also expressed skepticism about  the vaccine until he became seriously ill in July, when he urged fans to get the vaccine (Valentine died the following month).

The list of, “Oh, it’s happened to me? Well, that’s different,” is long and sickening.

Conservatives care about few others than their own unless, or until, disaster unhinges their previously unassailable views. Then, they not only want your sympathy, but also your money: Apley’s widow , who later tested positive for COVID-19, received criticism after a crowdfunding campaign was launched in August seeking funds to “help the family as they get through this difficult time.”

Try as I did, I found no coins in my sofa cushions to send their way.

Conservative “I don’t give a damn until I do” attitudes are not restricted to the virus, nor to recent history. Forty years ago, President Ronald Reagan and his wife, Nancy, were virulent anti-abortion Republicans railing against the immoral taking of unborn lives. Then, Ronnie got Alzheimers, and what happened? Nancy came out in favor of stem cell research, which holds promise for Alzheimers victims. Stem cells sometimes  come from aborted fetuses, and during his term Reagan had halted stem cell research. Irony is, indeed dead — along with Ronnie.

Conservatives care about few others than their own unless, or until, disaster  strikes.

In May 2021, after defeating a year of proposed laws to protect people of color from police and system abuse, Kentucky Republican Sen. Mitch McConnell rallied his troops to vote in favor of the “COVID-19 Hate Crimes Act,” which would specifically help protect Asian-Americans, some of Chinese origin, from hate propaganda driven by those who blame spread of the virus on China. Surprise! Ol’ Mitch is married to an Asian-American. It’s a pity he never adopted a black child. Maybe something good could have come from that.

These conservatives not only lack empathy while assassinating irony, they have made hypocrisy a fat plank in their party platform. In fact, they are so strongly lacking in empathy that at any given can turn on each other.

In 2012, conservative Tom Sullivan of Colorado, a strong gun rights state, had his life and that of his family bludgeoned when his son, Alex, went to a movie and, along with 11 others, was murdered in a mass shooting. Suddenly seized by a change of heart, Sullivan successfully ran as a Democrat in the state assembly and pushed for tighter gun control laws. His Republican colleague, Richard Holtorf, told Sullivan that he’d “have to let it go,” referring to his son’s legacy — another beacon of empathic values.

And n0 matter where you stand on the political spectrum, and no matter where your genes may hail from, all this is all very ugly to behold, let alone contemplate, stirring up us-vs.-them acrimony that can penetrate and poison skin even as thick as mine. It is not a pleasant feeling.

As for gene transplants, they are, very much unlike vaccines, nowhere in sight.