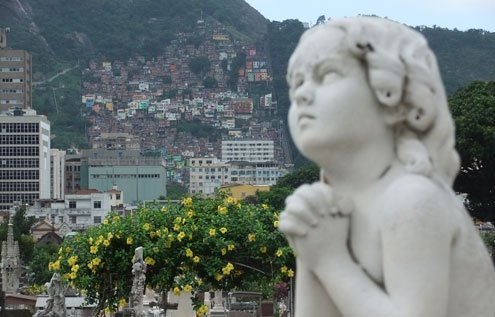 South to the core. Photos by Julianne VanWagenen.
M

y poor, patient mother was always the butt of our family jokes. She cried when horses died in “Dances with Wolves,” she dug the New Age movement in the 1980s, she bought me Chicken Soup for the Teenage Soul in high school, and every time summer holidays arrived she showed up in the garage with a legion of luggage compared with our modest satchels. My dad inevitably teased her about hitching the entire house to our minivan the next summer.

Images of travel have historically tended toward my mother’s scale: imagine women with a few trunks and stacks of hat boxes, or men with linen and dress suits, panama hats and golf clubs.

At the turn of the millennium, however, people seemed to have turned a new leaf. Youth hostels have lost their callow modifier, and now while brushing my teeth in a Chilean hostel I can watch a mature French madame wash her undergarments in the sink next to mine.

Young and old are setting out to the furthest reaches of this Earth (in fact I write to you from Ushuaia in the Tierra del Fuego) with just a backpack and sleeping pad. But have we really left all that baggage behind?

I asked myself this question while sitting a few weeks ago on the roof top patio of the hostel where my Paulista (from Sao Paolo) friend, Tito, works. Smack-dab in the middle of the Copacabana. It was early evening and there was a smattering of guests milling about. Aged 19 to 30, their accents sketched out their paths for me: from Sydney, California, Liverpool, and Toronto. The various loose groups of packers ate from Pizza Hut boxes and drank from two-liter bottles of Coca-Cola while listening to Jack Johnson.

I wondered to myself, as Tito smoked his share of our cigarette, how they had managed to retain so well their former selves in an atmosphere as imposing as Rio de Janeiro’s. The very landscape enshrouding the city demands that you forget everything you have ever known and experience Rio with virgin senses.

Before I’d even landed I felt its tug. I was all bated breath and edge-of-my-seat as I waited for the plane to push through the smooth, drooping clouds. When it did, we were moments from land, skimming over black waters speckled with green confetti islands.

Rio is known for its poverty, its violence, its extravagant Carnival, star-studded Ipanema and Copacabana, and looming Cristo Redentor (who is continually peeking in and out between buildings and hills, reminding you that he is watching). But it is the city’s physical setting which truly lends it its haunting quality. Rio is alcoved in a collection of mounds that seem to protect and menace at the same time, a mountainous mafia.

They are not quite hills, nor mountains, nor volcanoes, but more reminiscent of man-made rocket shelters out of a Sean Connery-era Bond film. They are tall, steep, smooth, lush, and crowd around the flat shore where Brazil’s original capital has been prospering since the 1500’s. Heavy clouds pass in low to blot these rocket-mounds out of existence and remind you that your neighbor is the rain forest. The vines hanging in ropes from the trees in the old colonial neighborhood of Botafogo, the wild gardens bursting from the second-story windows of dilapidated houses, and the fruits plopping, not infrequently, to the sidewalk also remind you; it’s the Amazon threatening to take back its land.

Not even the Amazon could easily wrench Rio from the hands of its cariocas (natives), however. Portuguese, native South American, and African cultures have merged to produce a mystical air, the air of saudades. If you ask a Carioca “What’s up?”, they answer “Bellezza” or “Gioia“. In the United States nothing close to beauty or joy is ever up, what’s up, rather, is generally “nothing.” It’s a telling difference.

In mid-December there was already pre-pre Carnival and at 2 a.m. I learned to samba at a street concert by watching citizens of all ages, really all ages, wearing diapers at both extremes of life. They samba with eyes closed, together, alone, with cups on their heads, while singing loudly. Even the homeless joined the mix.

Not that one should be lulled into believing that Rio is all Carnival and coconut milk. From the city’s cemetery I caught a glimpse of the paradox of the place. Four acres stacked high with the rich dead: marble angels, Virgin Mary’s, and ornate family mausoleums. In the distance, fully visible without the hindrance of skyscrapers, thousands of purple, yellow, red, blue shanties climbing up the sides of the sugarloaf mounds that seem to impound the whole of the city. And still Cristo Redentor passes in and out of view through the foggy clouds, judging all. There is so much faith and honest laughter, so much decadence amidst such poverty, inequality, corruption and violence.

Yet, every carioca, rich or poor, is vehemently proud of his origins. Every gringo, too, feels saudades for this inherently unfair and naturally ostentatious city.

I thought of all this as I sat on the terrace with Tito, now smoking my share of our cigarette.

One must come well-armed with tools from home to resist this place. To drink Coca-Cola when every block houses a fresh-juice bar and unheard fruits to taste. To put ketchup on traditional Brazilian churrasco. To fidget around a rooftop hot tub, listening to “Bubbly Toes,” while 90-year-olds dance samba below. It implies loads of mental baggage, and as my dad always says, “They may as well have popped the kitchen sink right in their backpacks.”

It is best to leave that luggage at home. It is best to forget the kitchen sink. It’s helpful not to attempt to understand or analyze foreignness, but instead to witness it, and to live it.