Back to the Cold War 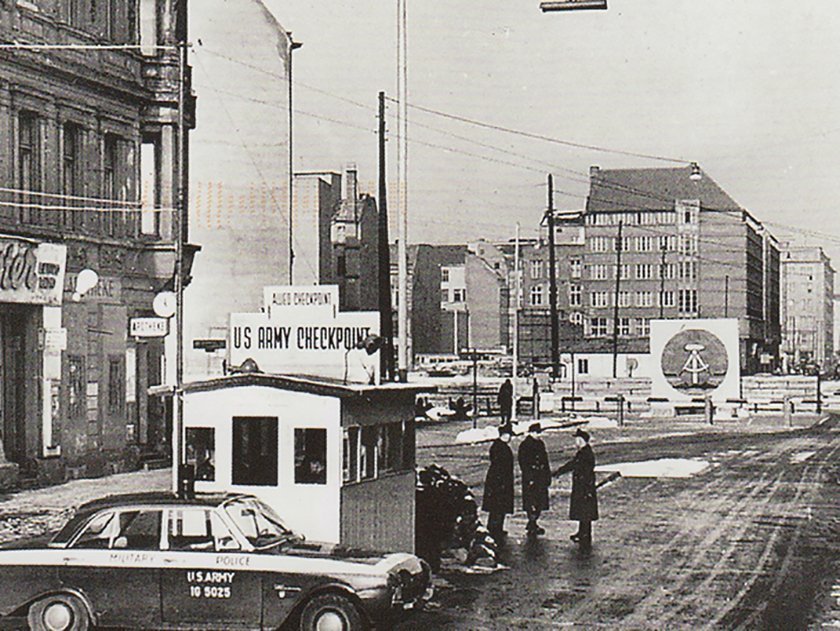 For decades, Checkpoint Charlie was the most well-known crossing point in wall-divided Berlin, at the time divided between Allied and Communist sides.
I

The death of novelist John le Carrè, the master of spycraft fiction, inspired me to re-watch the BBC versions of his Smiley novels (George Smiley was the author’s fictional British intelligence officer). This plunged me down the Cold War rabbit hole and now I am bingeing on the podcast “Cold War Conversations”  and crime novels set in communist East Berlin of the 1970s.

In each episode of Cold War Conversations, host and podcast creator Ian Sanders interviews someone with Cold War experience or expertise. He talks to nerds steeped in knowledge about both East German football and nuclear fall-out shelters. He chats with retired diplomats and nuclear submarine captains. He quizzes defectors and ordinary children who grew up in sealed-off East Berlin. Sanders is a model — and sadly rare — interviewer, knowledgeable enough to ask probing questions and modest enough to let his guests reply at length. As only Britons can, he combines a taste for the absurd, a dry sense of humor, and unabashed geekery.

Sanders’s conversation with author David Young, hooked me on Young’s crime novels, which are inspired by his experience touring East Germany in the 1980s as part of an indie rock band. Set in the former German Democratic Republic (GDR) of the 1970s, Young’s books explore the daily hardships and moral ambiguities of living in the GDR and feature the crime-solving and Stasi-navigating skills of police detective Karin Müller.

Like rivulets of water, each sought its own path through the enforced conformity.

I’m still trying to identify precisely why the Cold War — in fiction and non-fiction — have gripped me so strongly. Sanders’s podcast has “10s of thousands” of listeners and Young’s books have won prizes, so I guess I am not alone.

Nostalgia accounts for some of the attraction. There is general nostalgia, for the world of my youth, and more specific nostalgia for things that are gone. One of the latter is nostalgia for old-time news reporting and reporters. Between 1948 and 1989, information from behind the Iron Curtain was scarce. Fingers were close to buttons of nuclear annihilation, which made accurate news, based on reliable sources and local knowledge, crucial (Cold War Conversations reminds us how we came close to annihilation several times). The telexes or tight-lipped state press agencies of yesteryear seem like quiet bliss compared to the relentless excitation of today’s manic news cycle.

Another source of my fascination is that exercised by parallel universes and lost worlds. What went on over there? How could things as insubstantial as barbed wire and ideology be strong enough to engender ways of life so distant from our own? Today, the idea of societies commanded so thoroughly from the top and so systematically organized, almost ex novo, seem inconceivable. One could have imagined — as children do about life below the equator — that in the East bloc people walked upside down.

Yet as my Cold War reading and listening prove, the human lives on the other side were in many ways just like ours. The details were different, but there were still crummy bosses, difficult relatives, economic hardships, and East or West, people were subject to the same broad spectrum of human emotion.

One thing that strikes me over and over is the contrast between conformity and individuality. A woman Sanders interviews says that not only were East German apartment blocks and the apartments in them identical, so was the furniture, thanks to the stunted consumer market and state-mandated equality. The guests on Sanders’s podcast reveal that behind the tightly choreographed parades of millions of identical workers, soldiers, and students, were as many individuals. Like rivulets of water, each sought its own path through the enforced conformity.

Another striking thing is the tension between community and security, on the one hand, and loneliness and fear, on the other. Sanders’s guests and the characters in Young’s books feel a shared sense of purpose, whether that means sincere belief that together they were building a better future or the shared sense of enduring the privations and absurdities of command economies and official corruption. At the same time, there was intense loneliness and fear. If your neighbors and family could turn you in, who could you rely on besides yourself? It was alienating and frightening to think that any innocent gesture or error might ruin you or your family’s chances for education or a livelihood.

The East’s very heavy-handedness allowed the GDR to create the gender and economic equality sought by today’s progressives.

My Cold War listening bears lessons for today. We look back at the Cold War as a time of simple dichotomies of good and evil. The reality was less clear and the East bloc was a complex moral mix.

Conservatives today accuse American Democrats and progressives of being “socialists”. Yet conservatives could have found much to love in true socialist systems (where the state owns the means of production). The East bloc vilified intellectual elites. The Warsaw Pact states had a state architectural style, just like the Trump administration’s mandates for US government buildings. But the East’s very heavy-handedness allowed the GDR to create the gender and economic equality and child care services sought by today’s progressives by fiat.

Back in the 1970s my father shared a bottle of vodka with an East German during a flight on Soviet airline Aeroflot. As the bottle drained, so did my father’s new friend’s ideological certainty. As they reached the dregs, my father asked, “So if the two Germanies could, how long would it take to reunite?” “About two weeks,” the German said.

It seemed impossible at the time. But if we had had access to the fascinating tales coming from Cold War Conversations and David Young, no one would have been surprised when that’s exactly what happened.