Back to the cinema 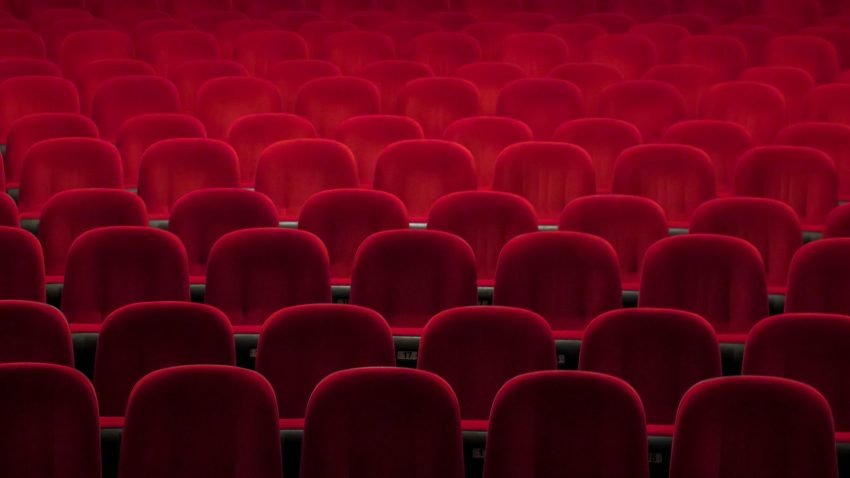 Beyond entertainment, the theater offers us a sense of hope and community, the author writes.
I

f you look for it, you can see it. Just as the house lights dim, and right before the instant the once-insipid movie screen evoking darkness suddenly erupts into light, you can catch an unmistakable glint of hope. But don’t be surprised if you’re immediately aware of the possibility that your life (and the lives of those around you) is about to change — or that it can even change for the better. After all, a departure from darkness is a prerequisite for enlightenment.

In May of 2021, as my family and I prepared to see our first movie together in over a year, any affirmation of hope and sense of community was welcome in our hearts and minds, weary from the worldwide effects of the COVID-19 outbreak. For much of 2020 and into 2021, the opportunities to assemble, for many people, had become persistently constrained. When movie screens around the world went dark due to the pandemic, gathering at cinemas was impeded as it was in homes, workplaces, houses of worship, restaurants and other settings that might otherwise satisfy any personal yearning for collective fellowship.

Of course, being prohibited from going to the movies is nothing compared to what too many people had to endure, physically and emotionally, from the virus’s devastating effect. Our hearts go out to them. But in fraught times, people seek out ways to help sustain their own spirit as well as those of their families and friends as much as they can — and movies are one way to achieve this. During the pandemic, however, that resource was severely diminished.

In fraught times, people seek out ways to help sustain their own spirit as well as those of their families and friends as much as they can.

This is not to say that 2020 was a complete loss in terms of cinema itself. The year was full of great films, such as “Ma Rainey’s Black Bottom,” “Mank,” “Another Round,” and “Nomadland.” And since streaming services did their best to keep us in the loop of fine films such as these, video calls and chance sidewalk meetings allowed for some pleasant socially distanced discussions with others. But nothing was able to replicate the enthusiastic exchanges that occur as people walk shoulder-to-shoulder alongside their companions and fellow cinephiles back up the aisles, into the lobby and out the theater doors.

Things began to appear a bit more promising in the spring of 2021 when the number of positive coronavirus cases began to drop and the number of vaccinated people was on the rise. That was when we heard that Cine, our local art theater, had a solution to get people together who might still be somewhat hesitant to congregate indoors: renting out the entire theater to a group of no more than 10 for a select film.

The theater, part of a nonprofit organization, has been operating for a number of years providing the local community with many quality films from all over the world. Throughout the pandemic, staff at Cine did all they could to maintain their service, including streaming titles in partnership with several companies like Kino. We like to support Cine as we can, and this was another way we could.

So, our vaccinated family rented out Cine to see the 2020 film “Minari.” As it turns out, it was the appropriate choice (we had several options) since the movie offers a look at the vitality and importance of familial and societal bonds and traditions.

Nothing can quite replicate the feeling of walking shoulder-to-shoulder alongside one’s companions and fellow cinephiles back up the aisles, into the lobby, and out the theater doors.

“Minari,” written and directed by Lee Isaac Chung, was critically successful. The film garnered six Oscar nominations including Best Picture, Best Director, Best Screenplay, and resulted in a Best Supporting Actress award for Youn Yuh-jung for her role as the maternal grandmother.

It’s the story of a 1980s Korean family relocating from California to Arkansas to farm Korean produce, a decision that threatens to destroy the family’s foundation. The film’s plot reminds us of how others, despite some differences, can help us through unusual and trying times.

I’ve watched movies in nearly empty theaters before, during a matinee at a multiplex playing a film that wasn’t mainstream or perhaps nearing the end of its run. I can, and have, enjoyed the experience. This particular afternoon at Cine, though, was deeply moving for all of us.

Each moment, from the tearing of the ticket to accepting a cup of steaming tea or a pint of locally crafted beer, surveying the room to decide which row to sit in, appeared as if in freeze-frame with a special significance for us. And, when the house lights finally dimmed, we were able to realize once more that renewed sense of hope and community.

This is not to say that we’ve forgotten there is still something of value sitting in a packed theater full of strangers. Even excusing ourselves as we pass in front of others to get to empty seats can remind us more authentically of the importance shared culture has to the well-being of us all. If you look for it, you can see it.